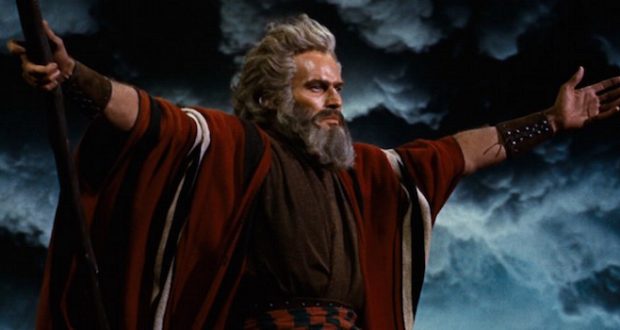 Moshe Leaves His Wife and the Nature of Prophecy

I started this series with no real end point in mind. I had noticed a few passages in Mishneh Torah, and figured I’d work from there (I had a few mishaps along the way, searches in my Bar-Ilan I closed too soon and then lost).

Now we have only three weeks left, because I need five before Pesach for Aruch HaShulchan’s sermons for Shabbat HaGadol (readers may remember I spent a few months reviewing his other sermons; here is the summary of that series. I promised then to take up his Shabbat haGadol sermons before Pesach. There are four, and I need a week to review).

That means we have two substantive weeks, and then a review week, where I try to see if there are any recurring themes in the aggadic passages Rambam included in Mishneh Torah. For this week, we’ll take a comment he makes about Moshe Rabbenu, which leads to an insight into Rambam’s view of prophecy, and the role of our physical selves in our lives.

The seventh chapter of Hilchot Yesodei HaTorah discusses prophecy in general, including (in paragraph six) ways Moshe Rabbenu’s was unique. After listing those, Rambam comments that this is why other prophets returned to their tents when their prophecy was complete. For Rambam, “returning to their tents,” (a phrase he takes from how Hashem told Moshe he was different from ordinary human beings) means involving themselves with their physical needs and concerns, like all other human beings.

Ordinary life includes the full range of married life. In contrast, Moshe separated from his wife (and all women), and from all that was similar to that (this is a telling addition—Rambam is saying that the sources that say Moshe separated from Tzipporah mean that as a paradigm of all physical involvements. He seems to see marriage is the paragon of physicality, such that if a person gives up marriage, it’s because he’s giving up physicality in general, not that marital relations is some particularly odious physical activity).

From the time he did that, Rambam writes, he was always mentally connected to Hashem (Rambam uses the phrase Tzur haOlamim, the Rock of the Worlds; we could spent profitable time analyzing which term for Hashem Rambam and others use in what situations. But not here), his face developed its shine, and he reached the level of the angels.

A source for this part of the paragraph is Avot de-Rabbi Natan, Version 1, Chapter Two, which records a difference of opinion about how Moshe understood that he should not return to living with Tzipporah after Sinai. The first view is that he reasoned that if Hashem required couples to separate from each other three days before the Giving of the Torah, Moshe—who was supposed to be available for Hashem’s Word at any time—clearly could not be part of a married life.

The other view, that of R. Yehuda b. Beteira and an anonymous “there are those who say,” is that Hashem told him to, perhaps by contrasting the order after the Ten Commandments—“return to your tents”—and what was said to Moshe, Devarim 5;28, “As for you, stand here with Me.”

For the first view, the only one Shabbat 87a records, Hashem ratified Moshe’s logic in Devarim 5;28. In other words, Moshe decided that the Jews’ preparations for Sinai meant he had to stay away from marriage permanently, and Hashem agreed. [This is a topic for another time as well, when people come up with ideas that turn out to either match what Hashem always wanted, or at least turn out to be paths Hashem applauds].

Those sources specifically address only the issue of marital relations. It would have been easy, nay natural, to assume that it was that act and its physical remnant (the Gemara says the three day period was to be sure any physical remnant of the marital act was gone by the time of the Giving of the Torah) which were inimical to the experience of hearing Hashem’s Word. Yet Rambam takes it to be emblematic of involvement in the physical and ordinary life generally.

That assumption goes both ways. It tells us Rambam saw marriage as the height of what it means to be involved in an ordinary human life, which makes for a good vort at wedding celebrations; but, for our purposes, it suggests that Rambam saw a tension between physicality and prophecy. For regular prophets, too, his phrase was that when they weren’t prophesying, they returned to marital and ordinary physical life. When they were prophesying, apparently, they had to remove themselves from physical life.

To understand his perspective, let’s turn to the beginning of chapter seven of Hilchot Yesodei HaTorah. Rambam asserts that belief in prophecy is foundational to Jewish faith; to become a prophet, a person needs to be very wise, of great character (such that his yetzer, his instincts, do not rule him at any time), and of broad intellect.

Those are prerequisites. Beyond that, the person would have to delve into matters of Pardes (a Talmudic term Rambam uses to refer to topics of God and God’s ways of interacting with/ relating to the world, laid out in the first four chapters of the Mishneh Torah).

This potential prophet also then sanctifies him/herself, withdraws from the ways of the masses (who are too caught up in the day to day), and trains him/herself never to have a thought about vacuous or ephemeral matters. Rather, s/he is always connected with the Divine (throne, Rambam says) to understand it and the intermediaries between Hashem and the world. Such a person will be visited by ruach hakodesh, the Divine spirit, and rendered permanently different.

There’s much to be discussed in this passage, but my concern here is physicality. What leads Rambam to understand that the way to prophecy necessitates withdrawing from physicality?

I think a clue comes in the next paragraph, where Rambam says that during a prophecy, the prophet loses all his/her physical strength, his/her body shakes, and the intellect is freed to focus on the vision being experienced. In paragraph four, he notes that to attain prophecy, the prophet must be joyful, in contrast to the extremes of sadness or excessive levity.

In paragraph seven, Rambam is clear that a community would not begin to consider whether a certain person might be a prophet until and unless that person had the requisite qualities of character and intellect [note: someone could perform remarkable miracles, speak impressively, even predict the future regularly; but if s/he did not have the necessary character and intellect, the community was supposed to be sure s/he was not a prophet].

Rambam already espoused this position in the Introduction to his Mishnah commentary, so this was a fixture of his thought, a lasting aspect of his view of prophecy.

I think it’s because Rambam saw the physical as so contradictory to interaction with the completely non-physical Divine. Since Hashem has no body (and this is crucial to Rambam’s understanding of Hashem’s Unity), our bodies must be barriers to hearing from Hashem, to interacting with Hashem.

That’s not the only way traditional authorities saw it. Ran in the third of his Drashot, for example, read a crucial Talmudic statement about the qualities of a prophet differently than did Rambam. Nedarim 38a says that prophecy will not rest on anyone who’s not a chacham, gibor, and ashir. Rambam in several places interpreted those terms along the lines of Avot 4;1, that achacham is a quality of intellectual curiosity, that gibor is a quality of self-control, and ashir is a freedom from feeling the need for greater material wealth.

Since Avot says it, it’s not patently false of Rambam to see that as the meaning of those same words when Nedarim uses them [another important underlying question, how we understand words that are sometimes technical terms of art, not to be understood as common parlance would have them, and when we understand them in their ordinary way].

But Ran took them more literally. He argues that Nedarim makes very clear that gibor referred to the prophet’s physical strength (since the Gemara proved that claim from Moshe’s being able to smash the Tablets) and ashir meant wealthy (since the Gemara proved that claim by referring to the tradition that the leftover stones of the Tablets made him rich).

Ran thinks the prophet needed these qualities to be impressive enough to his/her listeners that they’d pay attention. In offering this view, though, he makes clear that he sees the balance between physicality and the ability to connect to/with Hashem differently than did Rambam.

Since Rambam’s our concern here, we won’t discuss Ran as fully as he deserves. What we can say is that Rambam here inserted a tradition about Moshe Rabbenu’s withdrawal from marriage (which he took to be code for saying he withdrew from all physical life) because it was a source that shaped and confirmed his understanding of how prophecy and prophets worked in general, that connecting more with Hashem involves, for Rambam, withdrawing more from the physical, as taught to us by Moshe Rabbenu, in the aggadic source that Rambam includes in Mishneh Torah.