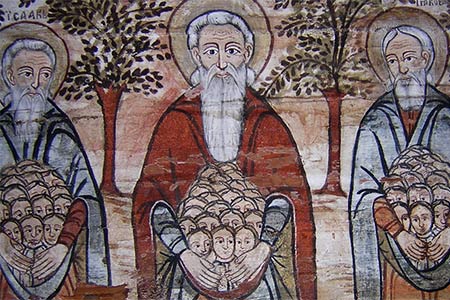 Mitzvot to the World and the Jewish People

Introducing Mitzvot to the World and the Jewish People

Laws of Kings includes the obligation for the king to wage war against certain populations. In a passage that seems to me too-little remarked, Rambam advances the theory that any non-Jew who agrees to observe the Noahide laws need not be put to death.

There’s more to it than that, but that’s not our topic today. I only mention it so we can understand why Rambam spends two chapters of Mishneh Torah laying out the Noahide laws in detail. Those chapters have much of interest (a long time ago, I wrote an article based on those chapters of Rambam, which appeared in the Georgetown Immigration Law Journal), but our topic today is how Rambam leads into them.

Chapter 9, paragraph 1 of Laws of Kings mentions the six Noahide laws commanded to Adam. I am largely going to skip over this part of the presentation, because it’s not clear whether any of it is aggadic. Rambam does adopt the view that humanity was prohibited from eating meat until after the Flood, and he seems to see Sanhedrin 56b’s source for these laws as not as legally textual as the Gemara itself expresses it.

But all of that may or may not be an halachic reading of halachic sources, which is not our topic in this series. It’s after laying out those laws (in brief; he then elaborates in the rest of that chapter and the next) that Rambam goes firmly into our orbit, rounding out that paragraph with a mini-history of how the rest of the mitzvot came to human awareness. Let me quote it, in my approximate translation:

That’s how it was in the whole world until Avraham. He came, was commanded in circumcision, and prayed the morning prayer, Yitzchak set aside a tenth and added a prayer towards the end of the day, and Ya’akov added gid hanasheh and prayed the nighttime prayer. In Egypt, Amram was commanded in additionalmitzvot, until Moshe Rabbenu came and the Torah was completed at his hand.

Before we get to the multiple aggadic ideas, let’s consider why’s he doing this at all. These two chapters are about the Noahide laws, not Jewish law. Once he told us the seven Noahide laws in brief, he could have moved on to paragraph two, about the punishment that a Noahide incurs if he worships a power other than Hashem.

Why did we need—here, four chapters before the end of Mishneh Torah—to hear about when which practices were commanded or adopted? I hope our discussion of the various pieces helps us find our way to an answer.

Let’s start with the practice that comes up with each of the Avot, their instituting one of the three daily prayers. This is, first, a clearly aggadic idea, from Berachot 26b, where a baraita finds code words that point to each of the Avot having prayed a different prayer. Bereshit 19;27 tells us that the morning after Sodom was destroyed, Avraham arose early to the place where he “stood” before Hashem, and the verb “to stand” is used elsewhere in Scripture regarding Pinchas’ praying to Hashem; Yitzchak went out lasuach in the field in the late afternoon, a verb that elsewhere indicates prayer; and Ya’akov stops on his first night out of Be’er Sheva, the verb for which also can indicate prayer. They prayed at three junctures of the day and, the baraita assumes, set a model that we follow.

While even just the decision to mention that in Mishneh Torah would interest me for its use of aggadic sources in anhalachic context, here it’s even more noteworthy, because Rambam in Laws of Prayer 1;5 took the view of an opposingbaraita in Berachot, which says that Chazal set the number of prayers to correspond to communal sacrifices.

It’s not a contradiction—Rambam could say the Avot prayed these, and instructed their children to do so, but when Chazal instituted them, they set them up to reflect the sacrifices— but it does make clear that Rambam accepted this aggadic idea when he had no halachic need to. He had a different source for those prayers, and yet still included this. We’ll have to explain that as well.

What Else the Avot Added

Two of the other commandments Rambam mentions are explicit in the Torah, circumcision and not eating the gid ha-nasheh, although Rambam is remarkably precise in his formulation (as Kessef Mishneh notes). He says Avraham was commanded in circumcision, but for the others, including gid ha-nasheh, he credits the Avot themselves as the instigators of the practice (until Amram, who was commanded in more mitzvot, a claim we’ll need to discuss).

That means, by the way, that if Rambam here was laying out only how the commandments came to be, he need not have mentioned these, since they weren’t obligatory when they started. He  seems to me to imply that the Avot’s decisions impacted the history of commandments, that this was the contribution they made but it wasn’t the only way it could have gone, that , possibly, had they expressed their spiritual genius in other ways, the end-story of Torah and mitzvot might have been different as well.

That might be the answer as to why he mentioned this here. As he noted what Hashem told all people, he wanted it to be understood that that, too, did not have to be the end of their spiritual development, even without specific commandments from Hashem. People could have expanded and enriched their lives with religious practices, as the Avot did, especially since they don’t have a prohibition against adding to what they were told (that perhaps is part of the story of the famous censored Rambam about Jesus and Mohammed being prophets sent to bring the pagans to monotheism).

It’s perhaps not that clear, though, since Avraham only added prayer after he was commanded in circumcision. One could argue that only then did he come to know he was allowed to institute further religious practices, and that other Noahides never knew that.]

We have two more pieces of this Rambam to work on. First, Rambam credits Yitzchak with being the first to set asidema’aser, a tenth of one’s produce. Ra’avad questioned this, since Bereshit 14;20 tells us that Avraham gave Malkitzedek a tenth of everything (either all his possessions, according to Rashi, or a tenth of what he had rescued from the four kings, according to Targum Yonatan and Radak’s father). Why does Rambam ignore Avraham’s tenth?

The question becomes even stronger when we notice that we have no verse that tells us that Yitzchak tithed. Bamidbar Rabbah Naso 12 notes the verse that says that Avraham gave a tenth, then adds that Yitzchak did as well, inferring that fromBereshit 26;12, where Yitzchak reaps a hundredfold. The Midrash notes that he could only have known that it was a hundred-fold if he measured the harvest, and the clearest halachic reason to measure a harvest is to give ma’aser [terumahis given by estimate, but ma’aser is supposed to be measured out exactly].

The problem with seeing that as Rambam’s source is that it says Avraham tithed as well. More, the Midrash is elucidatingMishlei 30;4, which wonders as to the name of a remarkable person and his son. In this Midrash, Avraham is remarkable because he tithes, as does his son, which makes it an odd source to use to say that Yitzchak was the first to tithe. (Mirkevet HaMishneh knew of a Pesikta, which I did not find, that said that Avraham gave terumah, and Yitzchak gave ma’aser sheni, the tithe that’s eaten in Yerushalayim).

Radvaz defended Rambam by pointing out that ma’aser, halachically, comes from produce, that which grows from the ground, while Avraham gave his tenth from the spoils of Sedom. Radvaz says that’s why Rambam reached instead for theaggadic reading of Yitzchak’s reaping a hundredfold. Kessef Mishneh added that Avraham’s tenth isn’t quite as clearlyma’aser, either, because it’s in response to Malkitzedeck’s bringing bread and wine to Avraham. It is an act of honor, respect, and thanks more than it is an act of tithing, which Yitzchak does first.

This is the end of the specific practices Rambam saw as having developed between the Noahide laws and those given to Moseh Rabbenu at Sinai—circumcision, prayer, tithing, and not eating the gid hanasheh.

There’s a sermon there, but it’s not our topic, so we’ll leave it. But it is a remarkable example of Rambam weaving aggadicmaterial into his halachic presentation with—I think—impact on how we are to understand his worldview.

Amram Was Commanded in Mitzvot?

Meshech Chochmah points us to Shemot Rabbah Shemot 3. The Midrash portrays Hashem as having decided to sound like Amram so as not to scare Moshe. When Moshe responds, Hashem says (Shemot 3;6) I am the God of your father, which the Midrash tells us means [literally, avicha, your father, is a lead-in to Avraham, Yitzchak, and Ya’akov, although there’s some agreement problem between plural and singular].

In the Midrash, Moshe then rejoices that his father had been included—and mentioned before—the Avot. Meshech Chochmah seems to be suggesting that Rambam understood this to mean that Amram was “with them” not only in the verse, but also in having received commandments [which might imply that for Hashem to “be” someone’s God, at least in terms of linking His Name with them, implies that Hashem commanded them, but that’s a different discussion].

No Midrash tells us what Amram was commanded, leaving us to infer what those might have been. Maharatz Chayes suggested it was divorce and marriage, based on how Sotah 12a reconstructs how Miriam convinced Amram to remarry Yocheved, from which reunion Moshe was born [I don’t have room to recap that whole story; Rashi gives it to us in his commentary on Shemot 2;1, so you can find it there if the Gemara isn’t accessible].

As R. Yitzchak Ze’ev Soloveitchik notes, however [Griz, in his comments on Sotah that came up with a Bar-Ilan search], that nothing in that Gemara speaks of being commanded, but Rambam specifically does. He leaves it there, and so will we, unsure of what Amram was commanded.

But it is one more Rambam with surprising, striking, and stimulating use of material that is far from technically halachic. In this case, it reminds us of a whole spiritual history we might have thought became obsolete once Hashem gave the Torah, yet which Rambam finds worthy of inclusion in the Mishneh Torah. In addition to giving us a sense of a spiritual leader of the Jewish people whom we might not otherwise have known, Moshe’s father Amram