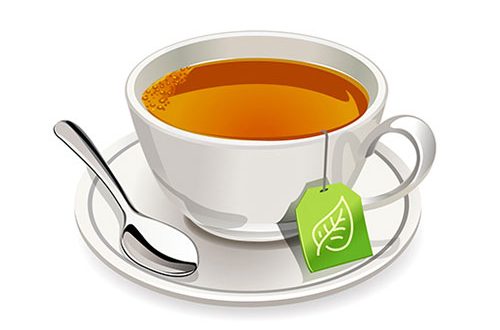 Kashrut of a Tea Bag Holder

Question: I have a porcelain tea bag holder (small saucer on which you put a tea bag after removing it from the tea). May I use it alternately for pareve tea served in both milchig (e.g., used for coffee with milk) and fleishig cups (e.g., used for chicken soup)?

Answer: Let us analyze your question. If a tea bag becomes fleishig in a fleishig cup, perhaps it makes the holder fleishig. Then, possibly, another tea bag could similarly become milchig, and treif up the holder and/or have the holder make the tea bag treif. It would then presumably be forbidden to reuse the tea bag. (We will skirt the issue of whether it is a problem of cooking basar b’chalav even if not reusing the tea bag, which should not be a problem here – see Pri Megadim, Siftei Da’at 87:19).

We start by analyzing the status of pareve tea that is used in a fleishig (or milchig) tea cup. In general, the tea can pick up fleishig taste on the level of nat bar nat (twice removed taste, e.g., from the chicken soup into the cup, then from the cup into the tea). The gemara (Chulin 111b) cites a machloket whether hot fish that was placed on a fleishig plate may be eaten with milchig sauce. While many “know” this to be a machloket between Ashkenazim (stringent) and Sephardim (lenient), this is inaccurate. All actually agree that in the gemara’s case, the fish may be eaten with milchig food (Shulchan Aruch, Yoreh Deah 95:1). The stringency of the Rama (YD 95:2)/Ashkenazim is when the pareve food was cooked or roasted in a fleishig pot. In that case, a more powerful taste is transferred than when hot fish is put on a fleishig utensil, where no flame is present. Our case is equivalent to that of the gemara, as putting hot water into a fleishig cup will extract no more than nat bar nat taste, which all agree remains pareve.

However, the matter is not that simple. Many say that even according to the Shulchan Aruch, who says that pareve food with nat bar nat fleishig taste can be mixed with milk, that is only once the nat bar nat food exists. However, one should not purposely put hot pareve food in a fleishig utensil if he plans to eat it with milk, (see Pri Chadash 95:1; Kaf Hachayim, YD 95:1; Yalkut Yosef is lenient). The idea is that we do not rely on nat bar nat on a l’chatchila level. In your case, you are ostensibly asking whether you can use the holder l’chatchila in a way that the foods will remain kosher only because of nat bar nat, raising this problem.

One could claim this depends on the following machloket among Acharonim. Ashkenazim are allowed to put “meat-equipment” pareve food, which they may not eat with milk, into a milchig utensil (Rama, YD 95:2). If you know you in advance you want to put a pareve food into an empty milchig utensil, may you cook it first in a fleishig pot, or is that using nat bar nat l’chatchila? The Pri Megadim (MZ 95:4) and Badei Hashulchan (95:30) rule stringently, and the Bach and Igrot Moshe (YD III:10) are lenient. Your case sounds the same – you want to use nat bar nat to allow a hot food to be exposed both to fleishig  and milchig utensils.

Still, there is no problem for the following reason. The stringent poskim discussed cases where the milchig and fleishig utensils were truly that. In contrast, the holder always remains pareve because all tea bags put on it were previously nat bar nat. Therefore, all should agree that one can even set up the situation l’chatchila, by using the same holder.

There are further possible grounds for leniency, especially the fact that the heat sources that might transfer taste from cups to tea bag and between tea bag and holder are once or more removed from a flame. Water poured into the cup is iruy mikli rishon, the tea bag often enters at the point of kli sheni and the hot tea bag is removed from the kli sheni before going to the holder. There is much to discuss on these topics, but the matter is permitted fundamentally anyway. (If the holder lost its pareve status by direct contact with milchig or fleishig food, these issues could be relevant.)