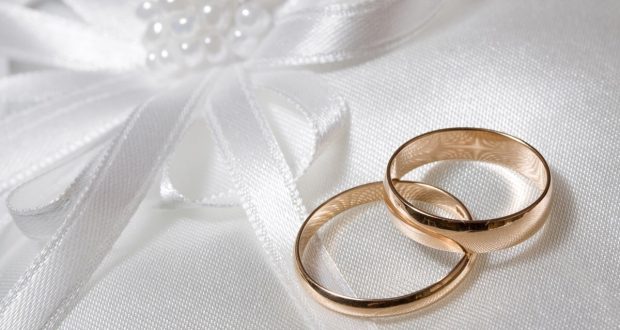 At the recent JOFA conference, a session was given on inequality in the wedding process (link). Rabba Yaffa Epstein [1]I use the term Rabba as a courtesy. Especially when dealing with non-Orthodox clergy, I try to call people by the name and title they prefer. pointed out that the wedding ceremony is inherently unequal — the man takes the woman as a wife. [2]I am told that the statement in the article about marriage being “institutionalized slavery” was made by an audience member and mistakenly attributed to a panelist. One panelist suggested that in addition to the man acquiring the wife, the woman should also acquire the husband. Indeed, she did just that at her wedding. That leads me to question whether anyone who does this is halakhically married.

At a Jewish wedding, a man gives a woman an item of value (for centuries, a ring). With her acceptance, the man acquires exclusive marital rights and obligations. As we have explained, the man does not acquire the woman herself because she remains a free, albeit married, woman. If a woman attempts to acquire a man in this same way, it raises questions whether either of the agreements worked.

Traditionally, a Jewish wedding involves the man giving the woman a ring. This contrasts with Christian weddings, in which the couple exchanges rings. Rav Moshe Feinstein (Iggeros Moshe, Even Ha-Ezer 3:18, 4:13) was asked about the propriety of a Jewish double-ring ceremony, in which the man gives the woman a ring and then the woman gives the man a ring under the chupah. Rav Feinstein forbade a double-ring ceremony for two reasons. First, it is a Christian practice and we may not model our religious ceremonies on those from other religions. Additionally, it might lead to confusion about the nature of the Jewish marriage ceremony, in which the man takes the woman. If the wife wants to give her husband a ring, she should do so later and not at the chupah. If she insists on giving it at the chupah, the rabbi should announce that this ring is merely a gift and not part of the actual wedding process.

In recent responsa, Rav Asher Weiss (Minchas Asher 1:72, 3:98) goes even further. Rav Weiss was dealing with women who married under the auspices of a Conservative rabbi. One woman obtained a Conservative divorce, remarried and had children from the second marriage who are now Orthodox. Are these children considered illegitimate? If the original wedding was halakhically valid but the divorce invalid, they are considered illegitimate and may not marry into the Jewish community. The second woman is trying to obtain a divorce from her husband. However, because Jewish divorce must be mutual, he has the right — which he is invoking — to prevent the divorce. Rav Weiss explored reasons to invalidate the original weddings, rendering the children of the first women legitimate and the second woman unmarried. As with all responsible attempts to annul a marriage, the deliberations are complex and specific to individual circumstances.

One argument Rav Weiss advances is that a double-ring ceremony is invalid. He writes (vol. 3, p. 333):

The entire concept of “kiddushin” according to Torah law is that the man consecrates and acquires the woman. Even though the earlier commentators already wrote that this is not a financial acquisition and a wife is not the property of her husband, the Torah still says, “When a man takes a woman” (Deut. 24:5). He acquires her regarding marital matters. Therefore, when she gives him [a ring] and she says [“I am consecrated to you with this ring”], there is no kiddushin at all (Kiddushin 5b). This understanding completely contradicts the concept of marriage in the modern world, according to which there is only mutual and equal connection and obligations.

Indeed, people testified that the man and woman in this case exchanged rings under the chupah — he gave her and she gave him. It seems to me that if the man and woman had that intention, there is no kiddushin at all.

According to Rav Weiss, the wedding ceremony and marriage process is inherently non-egalitarian. The man has a role and the woman has a different role. Any attempt to equate those roles risks voiding the marriage.

In the cases Rav Weiss discusses, he includes other considerations to annul the marriages. And despite the multiple considerations, still insists on a divorce with a get whenever possible. I am not suggesting that a woman who marries with a double-ring ceremony does not need a get. Additionally, the precise details of what takes place under the chupah, the words said and actions done, make a difference on the outcome.

However, despite all this, Rav Weiss makes a point that is important to consider: The wedding is supposed to include different roles for the man and woman. In this respect, the Torah is in fundamental opposition to the egalitarian aspect of a wedding. When we face that contradiction, we are supposed to side with the Torah. Failure to do so, attempting to make the male and female roles the same, undermines the wedding process. This technical claim of the invalidation of the wedding is bold, which Rav Feinstein seems to reject since he does not raise it. However, when attempting to change customs–particularly regarding weddings and divorces–we would do well to take into account the view of an important contemporary halakhic authority.