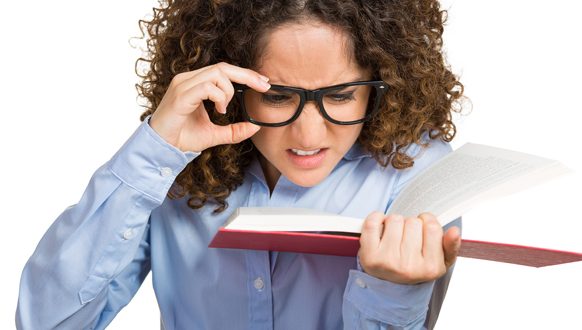 How to Deal with Troubling Commentaries

God is connected to everyone who reaches out to Him, as the Midrash (Eliyahu Rabbah, 9) teaches, “I call heaven and earth to witness that whether Jew or Gentile, man or woman, slave or maidservant, everything is according to their actions that the divine spirit rests on them.” Every place the Torah and Talmud discuss holiness and chosenness, they refer to men and women alike. Like men, women recite blessings that begin: “Blessed are You, Lord, our God, King of the universe, Who has sanctified us with His commandments.” Men and women are equally blessed, sanctified and valued by God. It was in the merit of righteous women that the Jews were redeemed from Egypt (Sotah 11b) and from a woman, Chana, we learn how to pray (Berachos 31a).

Yet as we study Medieval texts, some seem to reflect differently. R. Yitzchak Abarbanel (Gen. 1:27, p. 69) writes that only men are created in God’s image and women were created to serve men and have children. In Jewish tradition, helping your spouse and raising children are important tasks, but so is serving God. Some people might dismiss this and similar texts completely, writing off their authors as sexist. Others might accept these texts as representative of Judaism in its entirety, and dismiss the whole religion. Neither is appropriate.

When we write about a sensitive topic, we currently add a disclaimer that we are only mentioning aspects relevant to the topic at hand but the subject is really more complex. Ancient authors did not think that women’s status was a sensitive subject and therefore omitted a caveat. When we study the text in full, we often find that the issue is richer than the single passage implied.

Rav Yaakov Ariel points out that there are three terms used for women in the Creation story (Halakhah BeYameinu): “Adam,” which refers to both man and woman (Gen. 1:27); “Woman” (Gen. 2:22); and “Eve,” because she is the mother of all people (Gen. 3:20). He explains that each name refers to a different aspect of the female personality. Adam, who was created alone in the world in God’s image, has independent identity as a creative being. Woman is the “helpmate for him” (Gen. 2:18), the supportive spouse. Eve is the mother. All three aspects have always been part of a woman’s personality, but, I suggest, certain commentaries refer to only one part of the overall portrait of woman.

Some quote the Maharal of Prague as saying that men are better than women, and others quote him as saying the opposite. In a careful study, Rav Moshe Zuriel explains that Maharal believes that men and women are inherently different; in some aspects, each is superior to the other. If you had only learned one of these passages, you would have a partial and mistaken view of the Maharal’s opinion. Additionally, no matter how great an author was, we can’t assume he represents all of Judaism. The consensus view is that women and men have the same level of sanctity (Rav Moshe Feinstein, Iggeros Moshe, Orach Chaim 4:49). Since we see that women are respected in Jewish tradition, we can set aside a surprising statement for later study because we accept the overall structure of Judaism.

The Abarbanel lived in a time when women had less power and schooling, but the historical approach is too easy. It lets him off the hook without truly grappling with the issue and fails to take seriously his independence as a thinker. Rav Aharon Lichtenstein dealt with a similar problem regarding marital pleasure. He noted that while the Talmud generally takes a positive view, Medieval thinkers tended toward an ascetic approach that denigrates it (“Of Marriage: Relationships and Relations” in Varieties of Jewish Experience). Today, religious thinkers approve of it within the bounds of religious law. How do we relate to Medieval texts that reject the view that our religious instincts uphold?

1) He follows the consensus view of the Talmudic sages.

2) We are not disregarding Medieval legal rulings, just Medieval thought.

3) In matters of Jewish thought, there is greater room for reliance on minority views than in matters of practice.

4) Perhaps most importantly, he is following the views of his teachers. Judaism is a tradition passed down through the generations. While we can ask many questions about the nature of this tradition, we are still responsible for following the teachings we received from the previous generation.

The Talmudic Sages did not look at women as less worthy than men. There are a majority of Medieval thinkers who believe that women are spiritually equal to men, and the great rabbis of recent generations assert that women have equal sanctity and value. If we see texts that indicate the contrary, we can set them aside. Despite those passages, we must follow the views of our teachers and the consensus throughout the ages.