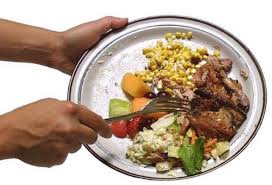 Question: I am serving in the army, and I witness a lot of things being thrown out, whether it is food or other items that they no longer have use for. If I am confident that something is going to be thrown out, but it has not yet been done, can I take the item for myself in a manner that is against the rules? My understanding is that they object to people taking such food out of fear that someone will get sick from the food and sue. Regarding objects, I understand that if people get used to taking things that are about to be discarded, some will take certain things that are not really about to be discarded. However, if I am convinced that it is a time that they do not really want the items for themselves, is it forbidden to take them? Please provide sources to prove your point.

Answer: First, let’s set ground rules for our answer. The army has the right to make rules of discipline, which we join them in expecting soldiers to obey just because the army is a place that requires discipline. We are not dealing with the real possibility the actions described are prohibited on those grounds (for that, you can inquire in the army). We are also answering theoretically based on the assumptions raised in the question and do not intend to rule about specific cases.

All the objects in question were, at some point, fully owned by the army for the purpose of using them on their terms, and we are discussing objects that will end up in the garbage in a way that they will become hefker (ownerless). There are two justifications for using such objects before they are disposed of:

It is plausible that an entity such as the army might not give permission to others to take their food not because they really don’t give permission, but that it is a disclaimer in order to protect them from being sued if someone gets sick. That would change the picture, but we will not try to conjecture if that is the case here.