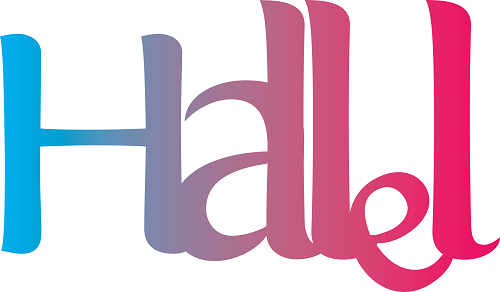 Answer: There are certain set factors that Chazal used for precedence, such as tadir (the one which is more regular) and mekudash (the one that has more sanctity). On these grounds, there is what to discuss regarding Musaf and Hallel (see Igrot Moshe, Orach Chayim III:70). However, the subject is somewhat complicated to delve into in this context, and so we will leave those elements as inconclusive.

You had a few reasons to give the preference to Musaf over Hallel. One is their relative importance for women. There is a machloket whether women are obligated in Musaf. The Tzelach (Berachot 26a) says that the opinions that women are obligated in davening similarly to men do not apply to Musaf. The reason to obligate them, despite it being a time-based mitzva is that it is critical since it is a request of mercy (Berachot 20b). However, since Musaf is a special tefila added in connection to the service in the Beit Hamikdash and does not have to do with requesting mercy, women are not obligated. There are a few reasons to claim they are obligated (see Elef Hamagen 106:4), with perhaps the strongest one being that we do not easily distinguish between one tefilla and another (see opinions in Halichot Beita 6:(8)). The Mishna Berura (106:4) cites both opinions without expressing a preference.

In contrast, women are clearly exempt from reciting Hallel, which is a time-based mitzva, and at least on Rosh Chodesh, there are no special reasons to obligate them (Tosafot, Sukka 38a; Magen Avraham 422:5). While some women (perhaps including you) accept upon themselves an obligation to recite Hallel (see Be’ur Halacha to Orach Chayim 422:2), one would still give preference to the part of davening in which they are more likely to be innately obligated (Musaf). To this we add the fact that Hallel on Rosh Chodesh is only a minhag even for men (Tosafot, Berachot 14a).

Another factor favoring Musaf relates to the firmness of the deadline. You are working with the assumption that Musaf and Hallel (and presumably Mincha) must be done before sunset, which makes sense for non-Chassidic Ashkenazim. However, there may be room to recite Mincha several minutes thereafter (see Ishei Yisrael 27:6), based on one or more of the following factors. 1) According to Rabbeinu Tam and others, the day does not end until well after what we call sunset. 2) Even after sunset, it is not definite night, but bein hashemashot, which is treated as a doubt whether it is day or night. 3) If a certain moment during bein hashemashot is too late for Mincha, then it is time for Maariv, and therefore one can make a condition that the tefilla count for whichever is appropriate (see development of this idea in Be’ur Halacha 233:1).

#3 does not apply to Musaf, which is uncalled for if it is night, and therefore davening Musaf after sunset, with all the questionable berachot involved, is very problematic. However, Hallel is different in this regard. Granted, the time for Hallel is only during the day (Megilla 20b), but that primarily relates to fulfilling the mitzva. There does not appear to be a prohibition to recite Hallel at night. You can, then, recite Hallel right after finishing Musaf, even if it turns out that you will not finish it by sunset, as long as you do so without a beracha. This way, you have a decent chance of fulfilling the mitzva. (It is not a problem to recite Hallel without a beracha, which is always Sephardic practice on Rosh Chodesh, based on several Rishonim.) Although one may not recite Hallel freely (Shabbat 118b), doing so on a one-time basis when it is possibly still the time for it should be fine. You could not do this for Musaf if you did Hallel first.

Therefore, we would have recommended doing Musaf first, followed by Hallel, without a beracha if it was after sunset.