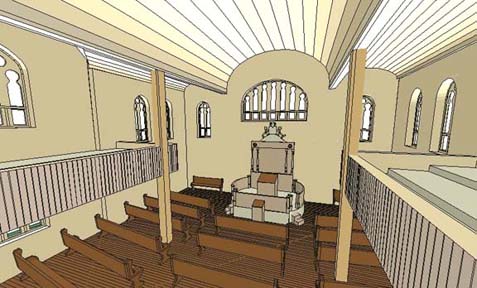 Chazan Before a Yahrtzeit

Question: How important is it for someone to be chazan on the Shabbat before a yahrtzeit? Is it is just for parents, or also grandparents/in laws? Some people in my [the rabbi] shul feel that people use it as an excuse to “grab the amud.”

Answer: Although many shuls have this issue, the best solution differs based on resources, personalities, and character and needs of the shul. While we will provide sources and generic advice, local wisdom and sensitivity is crucial.

Reciting Kaddish and serving as chazan are a merit for the deceased, who cannot create his own merits but gets them through his descendants (see Divrei Sofrim, Aveilut I, p. 340-342 at length). During the first year after death, the deceased needs the most help. Yahrtzeit is both a time of potential improvement of his status (Arizal, cited in Gesher Hachayim I, p. 341) and a potentially difficult day for surviving children (Levush, Yoreh Deah 402:2). Due to the first reason, the logic of davening is the same as during aveilut, and one with a yahrtzeit for a parent is a relatively high-level chiyuv (Rama, YD 376:5).

The sources on serving as chazan the Shabbat before a yahrtzeit are more recent (there are earlier sources about aliyot). The minhag is cited in important works of the last century (Kaf Hachayim, Orach Chayim 53:23, regarding Kaddish; Gesher Hachayim 32:2; Kol Bo Al Aveilut, p. 401). One reason given is that every Shabbat the neshama is elevated, and the merit of the mitzva on its behalf may keep it in that state until the upcoming yahrtzeit. However, the Gesher Hachayim writes that this minhag is superseded by other chiyuvim. There are also different opinions whether it applies just to Musaf and Maariv of Motzaei Shabbat or to all tefillot (see P’nei Baruch 39:2). There is a value for a grandson or a son-in-law to stand in for the deceased if no son is doing so, but the level of their “chiyuv” is lower (Pitchei Teshuva, YD 376:7). Thus the chazanut “rights” on Shabbat before yahrtzeit vary, depending on the case, from moderately low to very low.

Even regarding full chiyuvim, a community has the right to decide that concern for the quality of tefillot warrants not having non-mourners serve as chazanim even during the week (Mishna Berura 53:60). This, of course, should be done for the right reasons with a fair and clear process, and this is not standard practice during the week (see ibid.).

In an ideal community with perfectly understanding people, an upcoming yahrtzeit would justify timing the turns of an “accepted chazan” on such Shabbatot. It might also justify allowing borderline candidates one or two Shabbat tefillot annually. It should not be something one can automatically demand. While mild pressuring for the opportunity to serve as chazan is not as severe one who “takes the amud by force” (see Rama, OC 53:22), it is frowned upon even with reasonable intentions (Mishna Berura 53:65). An upcoming yahrtzeit does not at all justify pressuring a gabbai.

Nevertheless, there are important halachically recognized concessions to accommodate the feelings of one who wants to honor/aid a relative’s neshama. Our issue should not be an exception. While the congregation’s desire for a better chazan is legitimate and sometimes important, these preferences are not usually critical in nature and do not erase the importance of another’s feelings. How does it feel to not only be regularly passed over when choosing a chazan (people often consider themselves better chazanim than others do), but to get the message that: “You aren’t even good enough to be chazan before yahrtzeit”? The rabbi/gabbai’s job is to strike the best possible balance regarding the needs of all.

We suggest a few generic pointers. 1. Consistent rules (e.g., a maximum of one tefilla per Shabbat) make things easier. 2. Absolute consistency might be counterproductive. We suggest one possible system. Every member gives in a list of kibbudim requests for the year rated according to priority for him. The gabbai should decide how to come closest to accommodating him.