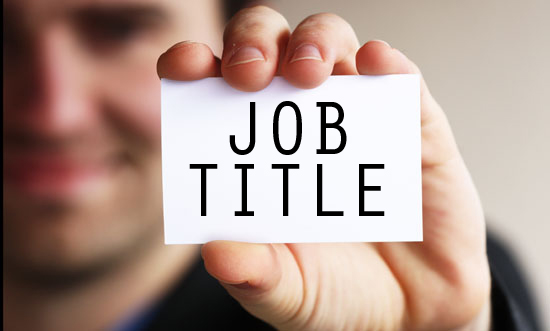 Who Can Be Called Rabbi?

Calling someone by a title is a public display of respect, which is why it raises so many complex issues. Who is worthy of that respect and who, even if he once deserved that title, has lost the right to that level of respect? Convention varies by community and culture, some valuing titles more than others. However, in a culture where a title conveys authority, its proper use is even more important.

In the letters section of volume 13 of Hakirah (link – PDF), writers discuss whether Conservative rabbi and scholar Elliot Dorff should have been mentioned with the title “rabbi.” I do not have a final opinion on the matter but can begin a discussion of the various issues.

The biblical source for the obligation to respect Torah scholars is: “Rise before the aged and honor an elder” (Lev. 19:32). The Talmud (Kiddushin 32b) understands “elder” in this verse to refer to a Torah scholar. There are four types of Torah scholars for whom you must show respect: your mentor(s) (rebbe muvhak), world-class Torah scholars (gedolei ha-dor), someone who taught you a little Torah and regular Torah scholars who have not taught you anything.

You must show extra respect to your mentor, such as rising from the moment he enters a room (as opposed to when he approaches your immediate vicinity – Shulchan Arukh, Yoreh De’ah 242:16). Among the obligations to your mentor is refraining from calling him by his name (ibid., 15). The Rema adds that you may call him by his name if you preface his name with the title “rabbi” (or another title of respect). The Shakh (no. 24) says that this is only when he is not there but if he is there you must call him simply “rebbe.” R. Akiva Eiger and the Pischei Teshuvah (no. 10) quote some who disagree. (Note that par. 30 in the Shulchan Arukh clarifies that this is all referring specifically to your mentor and not just any teacher.)

Someone who is convicted of a serious crime, or has otherwise caused serious injury contrary to halakhah, cannot be called “rabbi”

We see that you must use the title “rabbi” when referring to your mentor. Tosafos (Berakhos 31b sv. moreh, as understood by Terumas Ha-Deshen 138) state that the rule that you may not issue a halakhic ruling in front of your mentor also applies to a “gadol ha-dor.” This is generally understood as meaning that you must apply the extra level of respect reserved for your mentor to the great Torah scholars of the generation. For example, the Shulchan Arukh (Yoreh De’ah 244:10), in the context of the distinction between when you must rise for a Torah scholar (mentioned above), states that you must treat a gadol ha-dor like your mentor. Similarly, the Shulchan Arukh (Orach Chaim 472:5) rules that you need not lean at the Passover seder in the presence of a gadol ha-dor, just like in the presence of your mentor. Therefore, you must also refer to a gadol ha-dor with the title “rabbi.”

You must also respect someone who taught you a little Torah–even just one word. However, the respect you must show him is less than what you must show your mentor (Shulchan Arukh, Yoreh De’ah 242:30). The Sedei Chemed (Ma’arekhes Khaf, no. 104) quotes the Tzapichis Bi-Dvash who argues that you may call such a teacher by name, without a title, while the Tzelach (Berakhos 4a sv. va-ani) holds you must use a title although you need not call him just “rebbe.” The Tiferes Yisrael (Avos 6:3 no. 50) also contends that you are obligated to call him by a title.

The Sifra (Lev. 19:32, quoted by Rashi, ad loc.) posits that the obligation to honor the elderly also applies to all Torah scholars, even if they never taught you anything. Quite surprisingly, no subsequent Medieval or early Modern source repeats that obligation. The Shulchan Arukh (Yoreh De’ah 243:6, 244:1) follows the unanimous precedent and states that your only obligation to respect Torah scholars consists of rising when they enter your vicinity and refraining from insulting them. The Birkei Yosef (Yoreh De’ah 244:6) notes that the Sifra’s extensive list of mandatory respectful practices was disputed and concludes that the law requires nothing more than rising and refraining from insulting. However, the Chafetz Chaim (Asin, n. 8 in asterisk) assumes that the law follows the Sifra and leaves as an open question why the codes neglected to mention it.

Apparently, according to the Birkei Yosef, you need not refer to a rabbi with the title “rabbi” unless he is your mentor or a world-class Torah scholar. Failing to use the title hardly classifies as an insult for which someone can be sued in a religious court because it is only an implied insult by omission. And according to the Chafetz Chaim you must refer to any Torah scholar with the appropriate respectful title. In my experience, widespread practice follows the Chafetz Chaim and we reserve extra respect for Torah scholars beyond the standard respect shown to all people.

Who is a Torah scholar? The Rema (Yoreh De’ah 244:2) defines a Torah scholar for whom one must rise as someone who is more knowledgeable than you and worthy of learning from. The Shakh (ad loc., no. 2) adds that he must be an exceptional scholar who is greater than most others (muflag be-chokhmah yoser mi-sh’ar ha-am).

The Gemara (Kiddushin 32b) states that we need not show respect for an ignorant elder (zaken ashmai). I translate this as “ignorant elder” rather than “wicked elder” following Tosafos (ad loc., sv. zaken; see Arukh Ha-Shulchan, Yoreh De’ah 244:2 who argues that Rashi agrees) because we are specifically forbidden to show respect to a sinful but knowledgeable individual, even a rabbi. Presumably, we must distinguish between his improper actions and the Torah for which he would otherwise deserve respect. The Shulchan Arukh (Yoreh De’ah 243:3), as understood by Arukh Ha-Shulchan (ibid.), rules that we are prohibited from showing respect for a Torah scholar who lacks care for the commandments (mezalzel be-mitzvos) and lacks fear of God, but must rather treat him like a lowly member of the community (kal she-ba-tzibur).

This vague definition allows for a certain amount of flexibility to specific circumstances and seems to me to include those who unambiguously deny fundamental beliefs of Judaism. It would certainly include rabbis who permit blatant halakhic violations, although we must be careful to distinguish between disregard for Jewish law and legitimate leniencies within the halakhic process. Someone who is convicted of a serious crime, or has otherwise caused serious injury contrary to halakhah, cannot be called “rabbi.”

My working assumption is that most Reform and Conservative Jews servings as rabbis fail to meet Orthodox religious standards, and some Orthodox Jews serving as rabbis do as well. Based on the above, it would seem that we should withhold the title “rabbi” from them. We need not (but may) call “rabbi” those Jews who do not reach the definition of a Torah scholar and may not call “rabbi” those who fail religious standards even if they are Torah scholars. However, other issues complicate the matter.

To many people, “rabbi” is a professional title. Failing to use that title confuses people and, to a small degree, hurts the subject’s livelihood. Is it proper, in such a circumstance, to withhold the title “rabbi” from someone who fails the religious standards mentioned above but serves in that professional capacity?

Additionally, failing to refer to a community’s leader with the title its members believe he deserves will be considered insulting. Is this offense to an entire community, even though only by omission, acceptable? And what about the personal offense when we distinguish between individuals we believe sufficiently knowledgeable or observant to merit the title “rabbi” and those not?

Furthermore, the right to refuse title can be easily distorted into the “right” to insult rabbis we do not like. Many will withhold the title based on rumor or unproven allegation, thereby perpetuating a questionable accusation. And some will blow out of proportion the acceptance of leniencies they don’t like, such as accepting a particular eruv, and consider that lacking care for commandments. The ease of abuse argues for a liberal application of the title.

All these potential offenses are aggravated if the convention in general society is to refer as “rabbi” to people who have achieved some sort of rabbinic ordination, regardless of their actual qualifications. When nearly everyone calls a person “rabbi,” failing to do so is even more offensive.

On the other hand, the title “rabbi” has long been understood as implying that its bearer is qualified to rule on halakhic matters and serve on a religious court (see these posts: I, II). In reference to someone who lacks those qualifications, do we have license to use the title colloquially and imprecisely?

Additionally, calling someone “rabbi” who fails to meet basic Torah standards can be seen as admission that Torah observance is subject to compromise. How can we honor a sinner, whether affiliated with Orthodoxy or not, with the title “rabbi”?

As I mentioned above, I have no conclusion to this question. I have seen three general attempts to delicately navigate this minefield:

I don’t know what is halakhically proper in every situation. However, while I personally feel profoundly uncomfortable withholding a professional title someone regularly uses, I feel even more uncomfortable conferring the title “rabbi” on someone who eats treif and violates Shabbos.