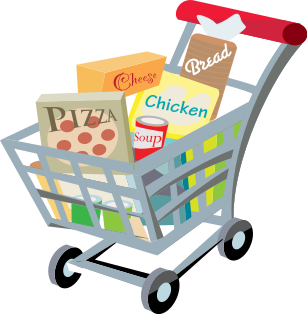 Question: I was in a supermarket and saw a woman take the last packages of a certain item. She then left them in her shopping cart and walked off elsewhere. Another woman saw the empty shelf and the items in the cart, and took some of them from the cart and put them in hers. Was that just bad manners or stealing (i.e., the first woman already had acquired it)?

Answer: Anything we say here is general information and does not relate in any reliable way to the specific case, whose exact details we do not know. In a case that is not halacha l’ma’aseh, we can have a more general discussion.

We will start with the issue you raise. Many people think that one acquires items in a store by paying for them. However, the halacha is that money is not a valid kinyan for movable objects (Bava Metzia 44a). Rather, one must do a physical kinyan to the item, which is usually hagbaha (lifting the objects), which woman #1 did physically when taking the items off the shelf. Classical poskim discuss at what point we assume that the one who performed such an action intended to acquire it (see Shulchan Aruch, Choshen Mishpat 200:8,11). However, in the contemporary context you describe, the kinyan is clearly not until the buyer lifts an item it after paying for it, not before he puts it in the shopping cart. I say that with confidence because it is very common for someone to put an item in the cart and continue on, only to change his mind later and return it to the shelf. If he would have acquired it, he would need the store’s permission to return it. Since people do not think that way, it is a sign that taking it off the shelf is just the first step toward the likelyfuture purchase of the object. Thus, it would not be stealing on these grounds.

There is a relevant interesting concept, which is likely to apply, which the gemara (Kiddushin 59a) calls ani mehapech b’charara. The classic case is when Reuven is in the midst of efforts to acquire something, and Shimon enters the scene later but beats him to the acquisition (see Shulchan Aruch, Choshen Mishpat 237:1). In such a case, Shimon is called a rasha. (There is a machloket whether there is any binding or practical consequence of that status – see Pitchei Choshen, Geneiva 9:(29).)

There is a machloket Rishonim (see Rashi, Kiddushin 59a, Rosh, Kiddushin 3:2) if this affront exists only to one who buys or rents or even to one who tries to acquire something from hefker (a state of not being owned). Both of these opinions are cited in the Shulchan Aruch (ibid.). One is likely to have applied the distinction in the opposite direction: what’s the big deal who gets to buy the object, as one can buy elsewhere, whereas acquiring from hefker is a fleeting opportunity, which is worse to grab? The logic of the opinion that taking from a hefker is not as bad is that we understand the importance to the second person to seize the opportunity. In contrast, one who seizes the sale before his counterpart is needlessly petty – he should take the time to go elsewhere to buy (see S’ma 237:2). The Rama (ad loc.) says that according to the opinion that ani mehapech does not apply to hefker, it also does not apply to an item at a unique sales price. The logic is the same – it is not petty if there is no equivalent alternative. Possibly, the event you saw involved a special sale. On the other hand, the Shach (ad loc. 3) argues and says that neither opinion of Rishonim distinguishes between cases of sale. Therefore, it is quite likely that there was a violation of ani mehapech.

One can suggest that what was done was theft for the following interesting reason. If the first shopper did not acquire the items, then the store still owned them. It is possible (in certain societies) that the store objects to one shopper taking a product from the cart of another, as it can cause a very unpleasant shopping experience, let alone if it brings on shouting matches. If this is the case, such an action is actually stealing from the store, who did not permit shopper #2 to take the items from the cart.