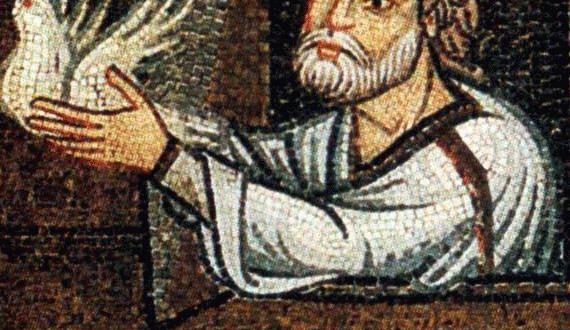 The Torah states explicitly that Noach was righteous, wholehearted, and walked with God, yet qualifies the statement to say that he was so in his generations (אִישׁ צַדִּיק תָּמִים הָיָה, בְּדֹרֹתָיו: אֶת-הָאֱלֹקִים, הִתְהַלֶּךְ-נֹח).

Rashi, on the phrase, “in his generations,” brings the debate between Rabbi Yochanan and Reish Lakish as to what this qualifier means.  He writes, “Some of our Sages interpret it favorably: How much more so if he had lived in a generation of righteous people, he would have been even more righteous. Others interpret it derogatorily: In comparison with his generation he was righteous, but if he had been in Abraham’s generation, he would not have been considered of any importance.”

As Rashi understands the debate, Rabbi Yochanan contends that the qualifier, “in his generations,” is meant to limit Noach’s righteousness to pertain to his generations alone; he would not be considered righteous if he lived in a different generation.  Rabbi Hanina extends Rabbi Yochanan’s understanding by comparing Noach to a barrel of wine lying in a vault of acid.  While the wine is sweet compared to the acid, the acid nevertheless degrades the wine.  Similarly, Noach might have been righteous compared to his generations, but he was a less righteous person due to the great impact of his external environment.

Reish Lakish also understands “in his generations” to indicate that the extent of Noach’s righteousness was limited by his external environment.  However, unlike acid’s effect on wine, the culture of Noach’s generations did not affect Noach’s righteousness as a person but only the effect of his righteousness on his surroundings.  Rabbi Oshaia explains Reish Lakish’s position through the following metaphor: Noah was like a phial of spikenard oil lying amidst refuse.  Refuse does not degrade the spikenard oil, but it does ruin the pleasantness of the total mixture.  Similarly, Noach’s righteousness was not corrupted by his society, yet society left no outlet for its efficacy.  In a culture which would allow for his righteousness to be put into action, it would be even more obvious how righteous Noach actually was. [1]BT Sanhedrin 108a.

An איש תם is someone who is wholehearted, but as an individual who does not engage others in moral activity or rebuke.  For example, Yaakov is also described as an איש תם, and one who dwells in tents.  Even when Avraham was described as תמים, it served to emphasize his separation from the nations, even as he engaged with them. [2]Rabbi Judah HaNassi said, “Great is circumcision, for [notwithstanding] all the commandments that Abraham our father fulfilled, he was not called Shalem until he circumcised himself, as it is … Continue reading   Similarly, one who walks with God, i.e. Noah and Hanokh ben Yered before him, walks with God alone.  Though secure from misstep, the phrase “walking with God” implies a certain potential weakness of resolve to be able to correct moral failings in others. In walking with God, Hanokh, whose name ironically bears the connotations of education and training, nevertheless secluded himself from the people and had no influence on society. This is in stark contrast to Hanokh ben Kayin.  While the Hanokh ben Yered walked with God, yet taught no one, Hanokh ben Kayin, who did not walk with God, became one of the first city-builders.  Similarly, Noah walked with God, yet only he and his family were saved from the Flood.

A צַדִּיק, on the other hand, immerses himself in social welfare.  צדקה is salvific.  This can be shown through many examples, but I will provide just one.  Isaiah states, “Thus said Hashem: guard justice (mishpat) and perform righteousness (tzedaka), for My salvation (yeshuati) is soon to come and My righteousness to be revealed.” [3]Isaiah 56:1. Though Isaiah said elsewhere, “For My thoughts are not your thoughts, nor are your ways My ways, says the Lord,” [4]Isaiah 55:8. the linguistic relationship in the verse allows for a comparison.  In other words, the justice performed by the Israelites corresponds to God’s salvation, just as the righteousness of the Israelites corresponds to God’s actions of righteousness.

This ambiguity in how to understand “in his generations” is confounded by the two different ways of understanding how Noah found grace in the eyes of God (מָצָא חֵן בְּעֵינֵי ה’).  The finding of grace in God’s or someone’s eyes has different implications, given the context in which it is used.  For example, when Yaakov sent Esav a gift to appease him, he tells him,

Nay, I pray, if now I have found favor in your sight, then receive my present at my hand; forasmuch as I have seen your face, as one sees the face of God, and you were pleased with me. [5]Genesis 33:10

In this case, Yaakov is telling Esav to forgive him, even though he does not deserve it.  Grace is bestowed by Esav to Yakov as an act of chesed.  The same understanding is implied when the people of Egypt come to Yosef.  They say,

And they said: “You have saved our lives. Let us find favor in the sight of my lord, and we will be Pharaoh’s slaves.” [6]Genesis 47:25

In this case as well, the people ask for something to which they believe they are not entitled, and plead for grace in return for which they will become slaves to Pharaoh.

This understanding of the phrase, “Noah found grace in the eyes of God” (מָצָא חֵן בְּעֵינֵי ה’), is in accord with teaching of the School of Rabbi Ishmael, namely that the doom [of destruction] was decreed against Noach as well, but that he found grace in the eyes of God. [7]See BT Sanhedrin 108a  This grace was undeserved when seen from the perspective of abstract justice, yet when Noah’s actions were put in context with those of the society around him, he was worthy of being saved.  This supports Rabbi Yochanan’s position.

On the other hand, when the God put the חֵן of Israel in the eyes of the Egyptians, and the Egyptians gave them great wealth to take with them out of Egypt, [8]Exodus 3:21, 11:3, 12:36. the were Egyptians neither acting from a position of superiority nor out of chesed. Rather, the Egyptians recognized that Israel’s חֵן is innate and is demonstrated by their moral superiority while living in Egypt. Similarly, when Moshe asks God to know His ways, we learn that God finds in His eyes that Moshe has חֵן (וְאַתָּה אָמַרְתָּ יְדַעְתִּיךָ בְשֵׁם, וְגַם-מָצָאתָ חֵן בְּעֵינָי). [9]Exodus 33:12-17.  It is not that God out of chesed shows Moshe His ways even though Moshe does not deserve it.  It is because Moshe had proven himself and shown to have חֵן that he is able to be shown God’s ways.  Rabbi Samson Raphael Hirsch defines this form of חֵן as worthiness and the ability to fulfill what God demands of a person. [10]Samson Raphael, Hirsch, The Hirsch Chumash: Sefer Bereshis, trans. Daniel Haberman (Jerusalem: Feldheim, 2000) 173.  With this understanding of the phrase, Noach proved to God that he was worthy of being saved and demonstrated that he had חֵן so as to live righteously even in his generations.  This understanding of the phrase, “Noach found grace in the eyes of God” (מָצָא חֵן בְּעֵינֵי ה’), is in accord with Reish Lakish’s position.

Our understanding of Noach’s character as an אִישׁ צַדִּיק תָּמִים הָיָה, בְּדֹרֹתָיו: אֶת-הָאֱלֹקִים, הִתְהַלֶּךְ-נֹח is thus ambiguous, yet only until Noach is commanded to build an ark.  After God commands Noach to build the ark and Noah acts as he was commanded, Noah no longer walks with God as an איש תם but rather he acts righteous before Him (כִּי-אֹתְךָ רָאִיתִי צַדִּיק לְפָנַי, בַּדּוֹר הַזֶּה).  Though Noach’s lack of prosociality (by which I mean acting in a way that is meant to benefit society) before being commanded could have colored our understanding of his righteousness and/or its effect on the generations, after the fact, we see that the חֵן that God found was innate in Noach and his righteousness was not affected by the surrounding culture.

In proving himself righteous, God still emphasizes Noach’s relation to this generation (כִּי-אֹתְךָ רָאִיתִי צַדִּיק לְפָנַי, בַּדּוֹר הַזֶּה), yet this emphasis allows for a better understanding of the description “righteous, wholehearted, in his generations” (אִישׁ צַדִּיק תָּמִים הָיָה, בְּדֹרֹתָיו).  Now, we can see that the original description should be read in line with Reish Lakish’s understanding.  Noach was righteous, yet at present (before being commanded), he acted like an איש תם due to the circumstances of his environment.  This also explains why Rashi first cites Reish Lakish’s opinion, even though Rabbi Yochanan is cited first in the Talmud.  When Rashi cites two positions, the first is considered to be the primary interpretation of the simple meaning of the text, yet it nevertheless still lacks some nuance or leaves the reader with a question.  The second interpretation that Rashi provides is supposed to answer what is left by the first interpretation.

By providing Reish Lakish’s interpretation first, and then giving Rabbi Yochanan’s, Rashi is telling us that though we will eventually see the true understanding of Noach’s righteousness and wholeheartedness as in accord with how Reish Lakish understands it, before being commanded directly to act, Noach, like Hanokh, lived life on the margins and, though still righteous, God could have taken him without him leaving a trace, in line with Rabbi Yochanan’s position. [11]Genesis 5:22-24.  However, in fulfilling God’s command to build the ark, Noach publicly and directly challenged his society, showing that he was both morally and physically courageous. [12]Kohelet Rabba 3:1.  By fulfilling God’s command, Noach’s actions spoke louder words than any rebuke could have, since he demonstrated his firm commitment to the belief that God would destroy His world.  In a generation that would be willing to hear him, how much more could he have accomplished!