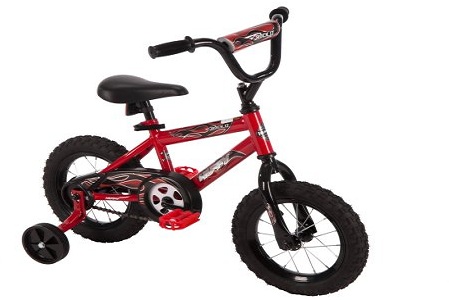 Child Riding a Bicycle on Shabbat

Question: May a child ride a bicycle on Shabbat in a place that has an eiruv?

Answer: When bicycles became popular, many poskim discussed their use on Shabbat, and almost all forbade it, for one or more of the following reasons. 1) Uvdin d’chol – This is a weekday-like activity, for, amongst other reasons, it is a mode of transportation that takes people to many places for purposes that include non-Shabbat-appropriate ones (see Tzitz Eliezer VII:30). 2) Bicycles often need repairs that a rider might perform while forgetting about Shabbat (see ibid. and Yaskil Avdi III, Orach Chayim 12). 3) One might ride outside the techum Shabbat (boundaries of travel outside the city). 4) When riding on ground, one makes grooves (Shut R. Azriel Hildesheimer I:49). While Rav Yosef Chayim of Bagdad (Rav Pe’alim I, OC 25) dismissed the issues and permitted riding a bicycle (some say he later changed his mind), the consensus of both Ashkenazi (see Shemirat Shabbat K’hilchata 16:18) and Sephardi poskim (see Kaf Hachayim 403:8) and the broad minhag is to forbid it. While, in theory, Rav Ovadia Yosef did not find any of the halachic issues formidable, he agreed that one should not ride a bicycle on Shabbat (see Yabia Omer, OC 55:29 and Chazon Ovadia IV, p. 40). The increasing popularity of electric bicycles likely makes all bicycles even more problematic (one can make the opposite claim).

Your question, regarding children riding, deserves consideration on a few grounds. First, most of the reasons to forbid bicycles apply less to a child, especially a young one. He uses a bicycle as recreation, which is harder to call uvdin d’chol, and he is arguably less likely to leave the city or fix it when it breaks. Furthermore, when there are strong grounds to claim that a certain practice is permitted but a stringent opinion is more accepted, we have halachic precedent for being lenient regarding children. See for example, Rav Ovadia Yosef’s suggestions regarding waiting less than six hours between meat and milk for children (Yabia Omer III, Yoreh Deah 3) and allowing for them cheese produced by a non-Jew without supervision in a case of need (ibid. V, YD 11; Sdei Chemed vol. VIII, p. 238, regarding feeding children certain foods on Pesach that adults refrain from due to a (remote) possibility of chametz). See also a statement in this direction in Beit Yosef, OC 269.

We have seen at least one important posek who permitted bicycles for adults and others who implied that while the minhag is to be stringent, it is possible that this is a stringency. This makes bicycles for children a good candidate for leniency. Contemporary poskim do take this approach – but only partially. Shemirat Shabbat K’hilchata (ibid.) says that, except in places where the minhag is to be stringent, children may ride tricycles – but not bicycles. He cites two distinctions between the two (see ftnt. 53). 1) Tricycles wheels do not have an inflatable tube, which is one of the reasons to forbid bicycles. 2) A tricycle is clearly a form of recreation, as opposed to serious transportation. It is also likely that he factored in the fact that the average tricycle rider is usually much younger than the average bicycle rider.

We summarize as follows. Conventional Orthodox wisdom has determined that bicycles are forbidden – period. Therefore, we are not open to leniency just based on age. Only in the separate, albeit related case of tricycles, have poskim added up the halachic indications in a manner that permits their use.

Since a large part of the prohibition of bicycles, especially for children, is based on minhag, there is no need to oppose a practice of leniency that may exist in certain communities (more likely among Sephardim). In general, even if a child is violating a clear Rabbinic prohibition, one does not have to stop him or even tell his father to do so (see Shulchan Aruch, Orach Chayim 343:1 and Mishna Berura 343:3). It is even legitimate, even for a father, to allow his minor child to ride a bicycle on Shabbat if it is in consonance with the local minhag.