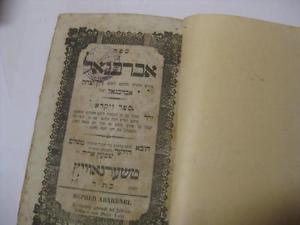 Yeshayahu 18 is the beginning of the third of Yeshayahu’s prophecies that Abarbanel discusses. Traditional commentary (as opposed to Christian, which Abarbanel summarizes but we will ignore) read the chapter as being about the war of Gog and Magog to which other prophets (most explicitly, Yehezkel 38-39) refer. He says he will read the verses as seems most convincing to him but comes out at largely the same place, that this is a prophecy about the war at the advent of Messianic times, and what happens after.

Helping the Jews’ Repatriation, Or Not

He first wants to understand verse three’s reference to a nes, a flag or sign, and sound of a shofar that will tell the non-Jews to help the Jews gather back to Israel. Since people scattered all over the world couldn’t see one literal flag, he suggests it means a sign everyone knows. His idea is that the whole world will carry the memory of what happened to Sancheriv’s armies (185,000 of whom were killed overnight, see II Melachim 19;35; his assumption that people all over the world will continue to take the Bible seriously, seeing its claims as historical truths to shape their approach to life, seems sadly out of touch with where we are today).

The knowledge of what happens to those who oppose Gd’s plan, which will be passed in everyday conversation through the generations, will stimulate them to cooperate and help when the ingathering of the Jewish exile starts [this, too, seems not yet to have occurred—the British resisted, as did the Ethiopian and Russian governments; there are also still slightly more Jews outside of Israel than in, so perhaps this reading will come true as well, non-Jews actively aiding Jews in returning to Israel].

Those who try to stand in the way of those events will find themselves destroyed before they succeed in executing their plans to do that to the Jews. Shunned for their evil, they will neither be buried nor will their corpses be eaten by animals or vultures (an example of a traditional assumption I think we often forget, that events in the natural and animal world are sensitive to the events of the human world).

Resurrection of the Dead

Abarbanel is comfortable with a second reading of these verses as well, that this is a reference to the resurrection of the dead. (Later in the passage, he explains that the Word of Gd is so rich, it can have multiple meanings, all of them true; many years ago, in my PhD dissertation, I suggested that this is a new aspect of textual reading, which started in 15th century Spain).

Resurrection will force everyone in the world to concede the reality of Hashem’s impact on Jews’ lives [an assumption I have come to question: I can imagine scientists seeing the resurrection and assuming they would be able to do it, too, once they learn how to decode genetic material well enough. How wild is it that we live in a time when the bodily resurrection of the dead might not suffice to compel admission of Hashem’s Providence?]

Abarbanel is confident that news of this resurrection will spread worldwide. Seeing people who had died returning to their homes will compel all humanity to avow the truth of Torah. Since this will occur right around the time of ingathering of the exiles, nations will be moved to participate in helping the Jews return to Israel, to be part of this series of world events.

In a later one of Yeshayahu’s prophecies, Abarbanel reads the prophet as bothered by the redemption’s failure to address those who died in exile, many of them sanctifying Hashem’s Name in their death [including many in Spain, killed by the Inquisition]. It kept Yeshayahu up nights, this hole in Divine justice, and that aspect could not be assuaged by Hashem’s assurances that He is with us throughout our exile.

For Abarbanel, resurrection is the answer. All who died, and especially those who died sanctifying Hashem’s Name (by suffering for being Jews) will come back to life at the time of the redemption (this is earlier than in Rambam’s view, who seemed to time it to long after the Arrival of Mashiach and the rebuilding of the Beit HaMikdash). Hashem will take vengeance on the nations and then bring the dead to life, so that, in addition to being a proof of Hashem’s power, they can participate in and witness the redemption, making up for their sufferings in their first lives.

When They Won’t Yet Help Us

Yeshayahu 19 speaks of a war that will occur at the end of days, between Edom and Ishmael, which for Abarbanel means Christianity and Islam [I find it continually surprising that 500 years have not changed the international players that will be the most likely causes of war. I also note that Abarbanel structured his book by going in the order of Yeshayahu. That means that here, for one example, he is discussing an earlier time than in prophecies we’ve already looked at. He does not offer an explanation for why Yeshayahu structured his book that way, nor for why he didn’t, himself, digest Yeshayahu and present it as an overall description of yemot haMashiach].

Christian kings will destroy Egypt, killing huge numbers of people, leading the people of Ashur and the rest of the east [not too far from Iran and Iraq] to take revenge, killing an even more horrifying number of Christians. That’s the war of Gog and Magog [unless we assume World War II was that war, we have to consider the possibility that a worse one might loom].

For Egypt to come to accept Hashem’s role in the world will take a tragic destruction, so far out of the natural that their wise people will be stumped, will eventually all have to admit that this was divinely sent.  Once they are brought around, they will make yearly pilgrimages to Israel [as Zecharyah also says, in a haftarah we read on Sukkot].

Many Egyptians will speak the same language as Jews—for Abarbanel, a reference to both language and faith. The people of Ashur, arriving to avenge the Egyptians’ destruction at the hands of Edom (the Christians), will learn from them proper faith and service to Hashem. (In a later section of Mashmi’a Yeshu’a, Abarbanel reiterates his belief that Edom and Yishmael—the latter of which currently rules most of the world, he writes, will find themselves judged by Hashem’s harsh sword, to be destroyed, with all the kingdoms of earth.)

Abarbanel also pauses at a later point to read a verse as specifically about Rome, the spearhead of the Jew’s last exile. Their whole city and their holiest places, including the palace of the Pope, will be so abandoned, will lie so desolate, that cattle will graze there. Yeshayahu referred to them as not having insight (lo am binot) because their faith has poor intellectual foundations, is not based on logic or reason [ which some Christians celebrated; a credo quia absurdum est, a faith that is absurd, as mori ve-rabi R. Lichtenstein zt”l used to quote Tertullian.

It’s hard to speculate, especially since we have not yet seen the unfolding of all these events, but Abarbanel seems unclear as to whether Ashur or Egypt will find its way to Hashem first. World events suggest Egypt is closer, since they’ve made a peace treaty with the Israelis, but they’re still far from agreeing that Israel is part of the divine plan to help the Jewish people.]

The Antichrist as Mashiach ben Yosef

In the fifth of Yeshayahu’s prophecies (starting at chapter 24), Abarbanel tells us he will break from his usual style of listing questions or problems with the presentation in navi, so as not to go on too long. The comment sticks out, since he wrote at great length, not generally betraying any worry about whether readers would stick with him or copyists would assure the survival of his writings.  This is a first indication that there were limits to the very great patience he assumed in his readers.

He summarily dismisses traditional commentators’ relating these verses to the exile of the Ten Tribes, preferring the interpretation of Christian commentators, that it’s about the destruction of other nations at the end of days, in particular the troubles of the Antichrist. Abarbanel identifies that Antichrist as Mashiach b. Yosef, a first-stage Messiah, who will be killed in war before accomplishing what Mashiach needs to. The whole idea of the Antichrist developed because there was a clear and well-known tradition of Mashiach b. Yosef in the days of the second Temple. Unable to ignore or deny it, early Christians adopted it, changing the name.

How to Avoid a Destruction That Forces Restoration of Equality

24;1 refers to Hashem emptying out the land. For Abarbanel, that’s because a huge destruction will empty out the cities, leaving no advantages for the honored over the ordinary. The enemies won’t give preference to the elderly nor will they care about the young. [Another example of finding surprisingly contemporary themes in centuries-old writings, in this case the issue of inequality. Were cities to be wiped out—as we hope they won’t need to be—the inequalities of today’s societies would be wiped out as well.

If that’s not the optimal way to restore some overall fairness to social status, it will come because of three failures by those non-Jews. First, they did not ensure justice and honesty in society. More broadly, they did not keep the Noahide laws. Finally, they did not adhere to the basic covenant of the world, which was that people recognize their Creator and live in service to Him [pardon the pronoun].

As a sort of subset of that failure, most of the nations Yeshayahu knows and refers to are related to the Jewish people (Ammon and Moav are descendants of Lot, Edom is a brother of Ya’akov’s etc.; in Abarbanel’s picture of all of Christianity and Islam as being from Esav and Yishmael, they, too, are all relatives of ours), and yet partook of persecuting them, making them liable for destruction (if Hashem puts you somewhere for a purpose, and you act in opposition to it, your existence is forfeit).

In his reading of Yeshayahu, though, the city of Jerusalem will not be affected by all of this. The previously destroyed city will be happily rebuilt as a mighty one, will no longer be trampled by those who do not belong there. The Jews who do come there will pray for a better heart to serve Hashem, an easier conquest of their evil inclination and for world peace (or, at least, peace for them with their non-Jewish neighbors, near or far). This will come not because of the walls of Jerusalem, or other tools to military domination; it will come because of Hashem’s involvement and protection in their lives.

There’s more to be said about both topics, the destruction of the non-Jews and the resurrection of the dead, in Abarbanel’s reading of Yeshayahu. We’ll see any new ideas within that overall framework next time. For now, we have Abarbanel reading Yeshayahu as predicting a great war, terrible destruction, and then the complete recognition of Hashem’s rule, perhaps because of the resurrection.

If only we could all get to acknowledging Hashem’s rule without that destruction, we could perhaps avert or avoid it.