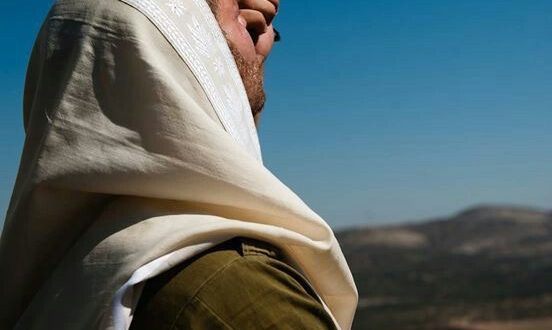 The early days of the State of Israel raised a host of halachic questions Jews had not entertained in practical terms in thousands of years, if ever. Among the foremost decisors who grappled with these issues was R. Herzog, the Ashkenazic Chief Rabbi (who actually wrote sefarim on the laws of a State of Israel; Tzitz Eliezer also wrote a Hilchot Medinah, which I hope to start teaching and perhaps writing about after Sukkot, Gd willing) of the State.

In Heichal Yitzchak, Orach Chayyim, 48, from the 26th of Tishrei, 5710 (1949)—just after the second Rosh HaShanah of the State’s life, he wrote to R. Unterman (then Chief Rabbi of Tel Aviv/Yafo, who would become Chief Rabbi after R. Herzog) about whether soldiers could be allowed to travel less than twelve mil (24,000 amot, 7-8 miles) to hear shofar on Rosh HaShanah. It seems R. Unterman ruled they could, since less than twelve mil is a distance that’s clearly de-rabbanan, where the prohibition to travel is Rabbinic.

The Biblical Prohibition of Techumin

Our general experience of techum Shabbat is that one cannot travel more than 2000 amot (around 3/4 of a mile) out of one’s place of residence on Shabbat. That limit is generally assumed to be Rabbinic. Some rishonim held there was a Biblical level of the prohibition as well.

R. Herzog starts his discussion with a dispute between Ramban and Ba’al HaMa’or as to whether Rif held that traveling more than twelve mil would violate a Biblical prohibition [ twelve mil was the size of the Jewish camp in the desert; in the previous responsum, written some time later, R. Herzog takes on the issue more fundamentally, and starts his analysis by trying to figure out Rif’s position on his own and then comparing it to the rishonim.

I find this interesting for two reasons. First, the intellectual independence, the sense that he was supposed to study the text on his own, develop his understanding, and then check how his great predecessors took it. Second, he gives Rif the kind of weight rishonim did, but seems to me to often have faded in the face of later, more accessible, works, like Rambam and Shulchan Aruch. ]

Ba’al HaMa’or thought Rif held there was a Biblical level of techumin, and Ramban did not. This matters to us, because a Mishnah in Eruvin 17a tells of rules were relaxed ba-machaneh, in camps [the definition of which we’ll discuss]. Among those was the need to make an eruv, and on 17b, de-bei R. Yannai held that that could not include an eruv that allows going outside of techum, because that’s a Biblical law.

There are various ways to read that. One would be that he doesn’t mean it literally, since eruv only addresses Rabbinic prohibitions—no one holds we can make an eruv to allow going beyond a Biblically prohibited distance– but that it has roots in the Biblical (as Rambam clearly held), or that (as Rabbenu Yehonatan said), there’s no military need to travel on Shabbat (other than for actual battle, which is a matter of pikuach nefesh, and therefore is in a different category). To be able to carry within a camp, though, lets people focus more fully on their thoughts of war, and therefore Chazal removed the obligation to make an eruv to allow for that.

Tur and Shulchan Aruch Orach Chayyim 366 don’t mention the question of a war encampment (an army base); Shulchan Aruch does adopt Rambam’s distinction between a machaneh (a long-term camp) and a shayyara (a group that stopped its travels for Shabbat). [Mishnah Berurah there actually assumes Shulchan Aruch meant an army base, and Perisha suggested that Tur didn’t mention armies because it was uncommon in his time].

R. Herzog did not read Shulchan Aruch as Mishnah Berurah did, so he did not see that paragraph as relevant to the current question; and, while he felt we should accept the stringent view that twelve mil is a Biblical prohibition (as Rambam had it), we have no knowledge of whether Rambam thought that affected how army bases would work.

Sum total, R. Herzog’s reading of the sources is that the majority, if not vast majority, of those who addressed the issue would see no reason to allow an army base to function without an eruv techumin, and that eruv would only let soldiers travel an additional two thousand amot, three-quarters of a mile, more or less. (Later in the responsum, he made clear that he understood the Gemara, even if it includes eruv techumin as an issue soldiers need not consider, to mean only that they could walk an extra 2000 amot, not all the way up to twelve mil).

Shofar Isn’t Worth It

Once the argument that the rules of techumin don’t apply has failed, the next option is based on the general principle that bi-she’at hadechak, when there’s great pressure to act a certain way, we can follow even a lone opinion on a Rabbinic issue. As R. Herzog notes, shofar seems like a really important mitzvah, in that it brings the memory of the Jewish people before Hashem. Perhaps the need to hear shofar could allow the soldiers to ignore Rabbinic techumin (meaning they could walk up to twelve mil to hear shofar)?

Working against that is the fact that we know that Chazal didn’t let shofar push aside other Rabbinic laws (such as carrying on Shabbat in places where there was no Biblical violation). In addition, whatever the definition of “she’at ha-dechak, times of stress,” it cannot turn into a regular practice, a situation that we deal with year after year. [Having soldiers on army bases is going to be a regular part of the Jewish people’s future; you can’t call that a she’at ha-dechak, a time of stress. I think some argue the same about the heter mechirah for shemittah, but that’s a different conversation.]

Defining a Time of War

The last reason R. Herzog gives for opposing this is based on the definition of a machaneh, a camp. Once actual hostilities stopped (the War of Independence had ended), for all that there was not yet peace and the State was under threat, soldiers in forts or fortified positions were not in the kinds of camps to which that Gemara referred. In the previous responsum, actually written a few months later, he notes that Rashi takes for granted that a camp is headed for war, but Rambam includes any groups traveling long distances. Rambam is clear, though, that if the camp stays in one place for an extended period, they would have to make eruvin.

Fortresses and other permanent army camps, then, in a time without actual battles, don’t seem to fit the Mishnah’s criteria for where Chazal relaxed the rules of Shabbat.

In this case, for all his great sympathy with Jewish soldiers, R. Herzog could not see an halachically valid way to allow them to walk more than a mile to hear shofar (he doesn’t mention the obvious solution, which is to arrange that every base have someone spend Yom Tov, with them, who would be able to blow shofar). Part of halachah, we are reminded, is that we don’t tell it what we want to hear, it lays out for us parameters within which we work. Here, R. Herzog’s understanding of parameters did not include the answer the soldiers wanted to hear.