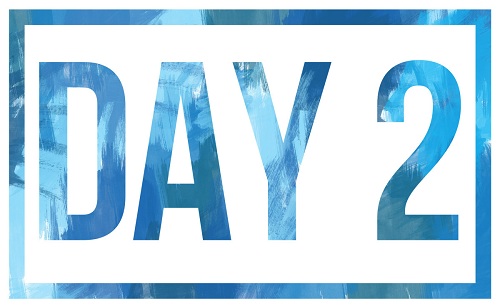 12 Tishrei: Tzitz Eliezer on Second Day Yom Tov for Israelis Outside of Israel

We should be candid: second day Yom Tov can feel burdensome. That’s all the more so when a Yom Tov is on a Thursday, the added day turns a holiday into a marathon. Adding to the challenge, it’s been clear since the time of the Gemara that we do this as a vestige and memory of a time when Jews outside of Israel did not know what day was truly Yom Tov.

For those who’ve always lived outside of Israel, two days is sort of embedded in the experience. Holidays are two days, full stop. For Israelis living in the diaspora for a strictly limited time (a year or two, let’s say), a second day is more than a little difficult (it might also sting, with the implication that they, too, are now diaspora Jews).

While the halachic content of the responsum I’m sharing here is fairly clear in traditional sources (so Tzitz Eliezer isn’t saying anything all that innovative or creative), watching him say it with such clarity and certainty is a reminder to all of us, but most of all those from Israel who are outside of Israel for an extended stay, of the halachic reality of the situation.

Tzitz Eliezer 9;30 is dated the twelfth of Tishrei 5726 (1965), written to a man who’s leaving Israel with his family for two years. He points to Shulchan Aruch (Orach Chayyim, 496;3), which is clear and unequivocal that an Israeli outside of Israel for a holiday (without any added factors, s/he just happens to be there) must refrain from violating Yom Tov. The fact that this Israeli intends to return to Israel soon only helps if s/he has not yet reached moshav Yisrael, a place of Jewish settlement; in that instance, s/he does not have to keep a second day [this comes up in terms of whether Israelis can fly outside of Israel on second day Yom Tov, landing after the holiday, or staying in the airport until it’s over, but that’s not Tzitz Eliezer’s issue, so it’s not ours, either].

The halachic consensus—Mishnah Berurah, Chayye Adam— is that that applies equally where no one will see, in private. Tzitz Eliezer also thinks the Israeli would be required to wear Yom Tov clothing.

Well-accepted enough in halachic literature to be banal, it still contrasts with how Israelis in that situation tend to act. In my experience, many assume they are allowed to ignore Yom Tov when no one else is around. Tzitz Eliezer reminds us that it’s not so.

Where this person’s Israeli-ness matters is in needing to also adopt the stringencies of the place from which he came, such as being obligated to put on tefillin in private, say Shema while wearing them before going to shul (on the eighth day of Pesach, for example). In shul, the Israeli would say the silent prayer for the day as observed in Israel, since no one in the shul has to know what s/he is saying.  (An interesting question: if everyone tends to daven with a siddur, it seems plausible they would notice that this person’s page is open to the wrong page, even more so if everyone else is using a machzor. I could have imagined him ruling the person say the Amidah in private as well, then stand silently with a siddur during the communal Amidah).

Residence is Where the Family Is

All that was for someone outside of Israel just for the holiday. But Tzitz Eliezer’s correspondent is going with his whole family for two years. To Tzitz Eliezer, that makes him fully a ben chu”l, a resident of the diaspora, for that time, as if he never intends to return. Both Magen Avraham and Shu”t Radvaz say that moving with one’s family makes a person as if he never intends to go back [they’re not doubting the person’s intentions; they’re saying that the category of “intends to go back” involves an imminent reality. When a whole family moves, they’re residents in their new location for as long as they’re there; intentions might be real and accurate, but in halachic categorization, these people now live here].

Aruch HaShulchan says it exactly that way, that since they came as a family, this is where they’re living now, so they don’t count as “intending to return.”

Some claimed that that was only if the family also moved their possessions (so if this family left their apartment intact in Israel, they could still count as not having moved). Tzitz Eliezer is unimpressed, since he does not see why beds, chairs, or tables establish anything—were the opportunity in chu”l to be so good that the family wanted to stay, does the fact that they own furniture back in Israel affect them? He thinks that’s nowadays true even for those who formerly thought that yes, movable property establishes a place of residence, because today one can sell or move such items more easily.

So it’s family members, not objects, that decide what counts as where we live.

Two Years Is a Long Time

Aruch HaShulchan added another way to determine whether one counted as da’ato lachzor, his intent to return. If a man came alone, but plans to stay for a full year, that too turns him into a resident. [This is obviously true of a man who is single; Aruch HaShulchan seems to mean even if he has a wife and children, but has decided he’s in the new place for a year. I think he meant even if the man goes back to Israel for brief visits during the course of the year (not on holidays), but Tzitz Eliezer doesn’t get into that.]

Avnei Nezer held that nowadays, when second day Yom Tov is explicitly a commemoration of a past reality, anyone who happens to be outside of Israel during a holiday must keep two days (Tzitz Eliezer notes that this is the obverse of Chacham Tzvi 167, who held that anyone in Israel for a holiday keeps one day; he declines to discuss that idea further).

This family who were moving together (Tzitz Eliezer says that’s the more important factor) for two years, had to keep second day Yom Tov like any other diaspora Jew, not like an Israeli planning to go back. Tzitz Eliezer adds a plea to be careful about this, since poskim were very adamant about the importance of observing the second day Yom Tov properly.

Continuing the theme of the importance of second day, he notes that he was asked about a ship of immigrants that arrived in port in Israel on the second day of Yom Tov. These were diaspora Jews when the day started, but as soon as they get off the boat, they’ll be residents of Israel. Can they dispense with second day Yom Tov?

He relies on the previous rulings of Minchat Elazar and Betzel Hachochmah, both of whom said that once the day was accepted as Yom Tov, that’s the way it is.

Two examples of second day Yom Tov applying to people who might, if they didn’t ask a responsible decisor, decide they knew how to handle it better.