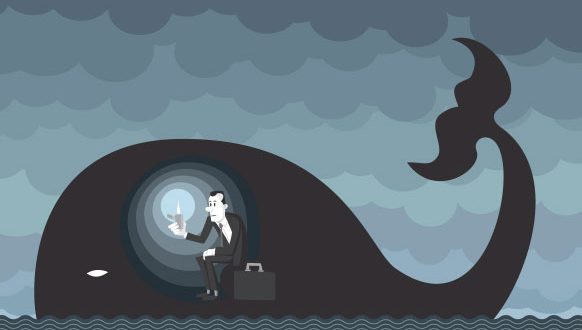 How Can I Believe That Jonah Was Swallowed By A Fish?

My latest article on Jew in the city

The book of Jonah tells the famous story of a big fish (not whale) swallowing Jonah for three
days until the prophet emerged unscathed. To someone like me with more of skeptical point-of-view, this episode is hard to swallow.

Jonah had fled from the land of Israel after God set for him an unpleasant task, encouraging the
Jews’ enemy to repent. But you can’t hide from God. As Jonah’s boat was sailing, a storm
threatened to drown all the sailors who opted to save themselves by throwing Jonah
overboard. Jonah was swallowed by a fish and remained alive inside it for three days. Jonah
prayed to God, agreeing to fulfill his appointed task. The fish vomited Jonah onto dry land,
enabling the prophet to continue on his path.

I’ve never been swallowed by an animal, but I’m pretty sure no human can survive the ordeal.
Jonah should have been crushed, chewed, suffocated and starved, even if the fish somehow
had food pipes large enough to allow an intact human body to flow through. This story seems
quite unrealistic. The obvious response is that this is a miracle, but that seems a bit too easy.

Any implausible story, including magic tricks and mind reading cons, can be called a miracle.
Does Judaism expect us to be gullible?

Rambam (Maimonides) reinterprets many miraculous stories of the Bible. For example, he
believes that any time a person interacts with an angel, whether speaking, arguing or wrestling,
the story represents a vision, not a physical interaction (Moreh Nevukhim 2:42). In a letter on the
concept of a general resurrection, Rambam writes that he considers something a miracle only
when it is explicitly identified as such and cannot be reinterpreted (Letters, ed. Kafach, p. 88).
Rambam believes that we should not immediately take every miracle story at face value.
Rather, we have to dig deeper and understand what really happened.