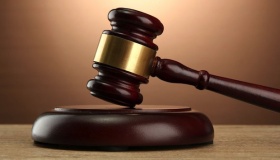 Extralegal Powers of a Judge

While you read these responsa summaries once a week (I hope), I have been writing them for a couple of years, so that as I come around in the calendar, I see earlier ones I’ve written, sometimes with interesting juxtapositions. For this week’s example, we are going to study a few short responsa of R. Khalfon Moshe HaKohen, who lived and taught in Djerba (an island off of Tunisia) from 1874-1950.

He was a prolific writer; on most dates I search for responsa to present here or in audio shiurim on ou.org, there are multiple entries from his Shu”t Sho’el ve-Nish’al. It’s also a great name for a book of responsa, since it translates, loosely, as Responsa of Asking and Being Asked (or, maybe, as Responsa of One Who Asked and Was Asked).

I usually don’t present his responsa, for various reasons, but I also feel wrong for ignoring him, so I occasionally look to see if one of his will fit this forum well. Often not, but on the 29th of Av, 5686 (1926), he wrote three responsa (Sho’el ve-Nish’al 1;Choshen Mishpat 7,8, and 15) revolving around one topic, how judges can enforce their will even beyond the strict letter of the law.

Once I was doing so, I went to see when else I had presented his ideas, and found that it was only (so far) on the 21st of Av. So that if Hashem allows me to ever convert these responsa into a book, it will seem to readers as if in Av, I suddenly developed an interested in R. Khalfon HaKohen’s writings, when in fact I found these responsa at least a year apart (and maybe two).

In a perfect world, litigants would argue only in ways they believe to be true, witnesses would testify the truth as they saw or experienced it, and judges’ job would be to weave a narrative from that. In reality, judges at least sometimes sense a litigant is lying. The question presented to R. Khalfon HaKohen was whether the judge could impose an oath on that litigant (or both litigants, to avoid seeming biased) not strictly required by halachah.

He opens by noting that Shulchan Aruch, Choshen Mishpat 15;4, allows a dayan mumcheh, an expert judge, singular in his generation, to declare a defendant liable even if the evidence doesn’t prove it, as long as the judge’s thorough investigation convinced him that that was the truth.  Rema adds that such a judge could also obligate an oath not legislated by halachah.

While that seems limited to exceptional figures, Rema to Choshen Mishpat 87;20 allows any judge to raise the level of severity of an oath a litigant is taking (holding an item of mitzvah, which makes it a more serious oath), and level other threats as well. Whatever it takes, it seems, to get at the truth.

R. Khalfon at first thinks to explain the difference between the two statements as that the first was talking about a judge extracting money without enough evidence to do so; that needs a yachid be-doro, a singular judge of a generation; any judge can obligate oaths, however. That doesn’t explain why Rema said it twice, without noting that he’s already written it, and cited different sources.

When There’s a Seeming Doubling in a Work

R. Khalfon notes a work called Mishkenot haRo’im, which quoted Sema, a commentary on Choshen Mishpat, and then offered his own idea. Their different answers show us the two ways to react when an author repeats himself. Sema thinks Rema in fact wrote the same thing twice, without noting that it was repetitive or that he was attributing it to different sources. That’s one option: to note an anomaly in an earlier work, but not read too much into it.

Mishkenot haRo’im took the other tack, arguing that the two sources are different, the second more limited than the first. That second Rema, he says, means a regular judge can only add severity to an existing oath. Some oaths are a function of Torah law, some were added by Chazal; in court cases where the litigant was already obligated to swear at a derabannan level, the judge could require the litigant to hold an object of mitzvah, ratcheting up the seriousness of commitment to truth.

Given two ways to see it, which do we follow? R. Khalfon says that since Sema is more of a recognized expert in understanding Shulchan Aruch, since he wrote a full explanatory work on it, we trust him more le-halachah, and accept the idea that any judge can obligate an oath where he thinks it’s necessary to find the truth.

[This is an important claim that is sometimes not noticed: given two authorities, both learned and reputable, R. Khalfon is willing to say Sema wins because he’s more expert in this area of discourse, since he spent concentrated time producing a full-fledged work on a topic. The recognition that working at something systematically can convey an expertise that another also very learned author won’t have seems to me both correct and too-little mentioned.]

The first extralegal power of the judge he has inferred from Rema and Sema is the right to require oaths of a litigant even though the codified law does not necessitate such an oath.

Sometimes an oath isn’t in place, however. Let’s suppose one litigant claims the other owes him money, and the accused is irritated at having to take an oath to defend himself [oaths are serious business; since the time of the Mishnah, some people have chosen to pay money to avoid having to take even a truthful oath that would have exempted them from payment].

Rambam, To’en ve-Nit’an 1;11 reports that his teachers created a vehicle for such a person to express his irritation. Before swearing, the litigant can issue a cherem stam, a declaration of excommunication directed at anyone who makes false claims to extract an unnecessary oath from someone else. (Theoretically, that means that if a third party knows someone who did that, that third party will treat the false accuser as if he is in cherem).

Rambam sees it as a way to discourage such false accusations, thus avoiding or minimizing the taking of Hashem’s Name (in the course of an oath) unnecessarily. If Rambam’s rebbeim could do that, R. Khalfon writes, so can any judge [a simple but fascinating assumption, that judges in each case are not fundamentally different than Rambam’s teachers; if they could set up charamim not previously mentioned in halachic literature, so can any later judge]. Adds R. Khalfon, the judge can do this even if the oath-taker didn’t ask for it, if he thinks it will help.

Judges can obligate oaths and issue charamim, as seem appropriate to them.

It Can Get Complicated

The third responsum from this date addresses cases where the claim wasn’t strong enough to obligate any kind of oath. There, sometimes, halachah allows the frustrated litigant—who, at least officially, thinks he is owed money he cannot prove he’s owed—to issue a cherem stam on anyone in possession of money that belongs to someone else.

R. Khalfon notes that Choshen Mishpat 87;22 says that anyone obligated to take an oath can issue a cherem stam beforehand. In that paragraph, Shulchan Aruch mentions all three levels of oaths—Biblical, serious Rabbinic, or shevu’at heset, the lowest level of Rabbinic oath—and says the accuser has to answer amen. Were it possible to issue such a cherem even against an accuser who was leading only to a cherem stam on the accused, Shulchan Aruch should have said so.

The reason maybe he can’t, R. Khalfon says, is that the whole cherem stam idea was an add-on to existing legal structures, and we don’t add on to add-ons (we don’t make a takanta le-takanta, in halachic parlance). Also, we might only allow ourselves to go as far as those earlier authorities did.

What the court can do, if they sense a fabrication, a stratagem to extort a payment [comparable to today making a false claim against a city or insurance company, betting they’ll settle rather than fight it out in court], or to embarrass the person [increasing the accuser’s chances of being awarded some future contract or right, since this accused will now have this embarrassing incident in his past], is they can issue a cheme stam on anyone who levels false claims [the original idea was for the accused to do it; R. Khalfon is saying have the court issue it, aimed at any false claims of any sort].

That’s because Choshen Mishpat 82;9 says we don’t punish a borrower who left the courtroom during the issuance of the cherem, and that we issue it not in his presence. If so, the accused doesn’t have to be there, so if the accuser insists that he stay, he can insist the accuser respond as well.

Some of the ways we have to work to ensure that liars and false accusers don’t profit from their misdeeds, and that those falsely accused have the maximum defenses against such accusations.