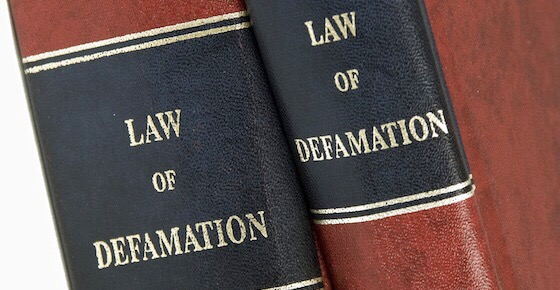 Biblical Defamation in Divorce and Politics

I. The Source of Defamation

Rabbeinu Yonah (Sha’arei Teshuvah 3:112) cites two sources in the Torah for the prohibition of hotza’as shem ra. The Torah (Num. 14:37) denounces as defamers the spies sent to Israel who returned with a false negative report. And the Torah describes as defamation the actions of a man who falsely accuses his bride of infidelity in order to divorce her (Deut. 22:14). The latter case offers an interesting lesson from linguistic derivations.

The Torah describes the husband’s false accusation, in my overly literal translation: “and he placed to her alilos devarim and emitted on her a bad name (hotzi aleha shem ra)” (Deut. 22:14). “Devarim” means words or things. “Alilos” is somewhat obscure because there are so many possible parallels.

The great tenth century Spanish grammarian R. Menachem Ibn Saruk taught R. Yehudah Ibn Chayuj, arguably the most important Hebrew grammarian in history. This student solved the greatest problem in Hebrew grammar, the complexity of verb formations, by discovering that Hebrew verbs fundamentally have a three-letter root. The teacher R. Menachem’s work does not operate within that understanding and therefore contains additional complexity. In his classic work, Macheberes Menachem, he includes alilos within the two-letter root al, which has ten different categories. The fourth category includes:

Based on the grouping of citations, R. Menachem must have meant that words from the root “al” in this fourth category mean deed or action. In the case of defamation, alilos devarim means “words of actions,” i.e. the husband presents his claim. The phrase has no connotation of falsehood or accusation, merely a presentation of facts or claims. The taint of falsehood is explained later in the verse, when it says that the man emitted on her (gave her) a bad name.

Radak (R. David Kimchi, Sefer Ha-Shorashim, all) explains alilos devarim in our verse as an explanation of the indirect cause of events. He adds a word in the local dialect, which I presume is Spanish, in Hebrew letters, אינקוישו״ש, which could be read as encausos or inquisos. I am not aware of any such Spanish word, although my knowledge of Spanish in the 13th century is lacking. F. Lebrecht, in the Latin footnotes to the 1847 edition of Radak’s Sefer Ha-Shorashim, writes:

Radak seems to translate alilos devarim as an accusation, an explanation of the course of events describing cause and effect.

Onkelos translates alilos devarim into the Aramaic taskupei milin. R. Dovid Tzvi Hoffmann, in his commentary to Deut. 22:14 (p. 437 in the Hebrew translation), connects taskupei to the Ancient Greek word sycophant. While in contemporary English this word means an insincere flatterer, it has a very specific meaning in Greek–false accuser in court.

More recently, R. Ya’akov Tzvi Mecklenburg (Ha-Kesav Ve-Ha-Kabbalah, Deut. 22:14) connects alilos with ma’al, rebellion. This word is used in relation to marital infidelity regarding the sotah, wayward woman (Num. 5:12). The connection between those two words seems grammatically improbable to me.

Prof. Aharon Mirsky (Da’as Mikra, Deut. 22:14) takes a different approach. He connects alilos to the rape of the concubine in Givah, which is described in Judges 19:25 as “they knew her and abused her (vayisalelu vah).” Therefore, he explains alilos devarim as matters of infidelity. The man accused his wife of infidelity.

We have seen five different explanations of the phrase alilos devarim:

According to the last two explanations, the husband’s very claims are outright falsehoods. Even according to Radak, his accusation is false. However, according to the first two explanations, the husband is putting forth his version of the events. He is presenting facts which lead to a false conclusion. However, he might not actually be lying. He could be stating partial truths that, through omission, paint a false picture.

He did not “find” that she was a virgin, but how does that mean that she cheated on him during their engagement period (eirusin)? And maybe she was a virgin but he did not see evidence of it. The Sages (Sifrei, ad loc.) debate whether the verses here should be taken literally and the wife’s father actually presents a blood-stained dress proving the bride’s virginity or he merely proves clearly in some way (that is clear as a dress)  that the accusation is false (Rashi, Deut. 22:17 adopts the latter interpretation). According to the first interpretation, maybe the husband intentionally did not look at the sheet, and is claiming that he has not seen proof of her virginity. According to the second, we can speculate more easily how he can make accusations of infidelity with half-truths which the woman’s father must counter with a more complete description of the events.

I find this particularly relevant in contemporary battles, particularly ugly divorces. One side can present facts that are all true and still paint a false picture. Until we hear both sides, even truth can be hotza’as shem ra if it fails to include the full context.

We can also see this in the other biblical source for defamation–the spies. Commentaries are puzzled how the spies sinned since their report seems accurate. Ramban (Num. 13:32) points to their final statements that the land devours its inhabitants, which was a lie. Many others try to find different lies. However, Rashi (ad loc.) explains the spies’ statements in a way that is based on truth. The midrash says that God sent plagues throughout the land so people would be too busy burying their dead to notice the spies. The spies reported the fact of the plagues and drew the conclusion that the land kills its inhabitants.

According to Rashi, the spies’ sin of defamation lies in their presentation of a partial truth and a false interpretation. They were obligated to present all the facts, not just those that fit their narrative. This is similar to what we find in many divorces and political battles. This common political tactic of presenting partial facts and a distorted interpretation, sadly prevalent in both traditional and social media, fits the primary biblical definition of defamation. We do ourselves a disservice by taking these accusations at face value and failing to investigate the greater context and uncover the complete picture.