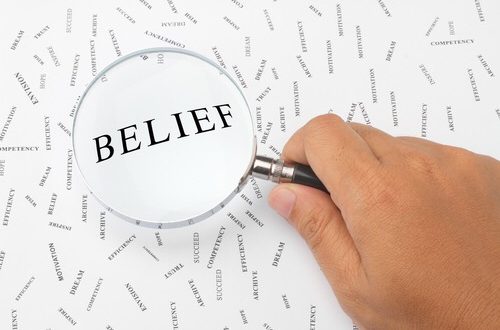 Permission to Believe in God

About eight years ago, I began a series of discussions on proofs for God’s existence. It was during the storm of new atheists and I used the opportunity to explore the subject from an Orthodox Jewish perspective. Throughout most of the discussion, I was guided by Dr. David Shatz, who kindly shared his limited time and vast knowledge. I had planned to thank him profusely at the end of the series but I never finished. I wish to correct that mistake now, acknowledging his contribution as a generous teacher and friend, while pointing out that he bears no responsibility for the final content of these essays. I also hope to finally finish the series. For now, I am republishing the earlier essays.

I’d like to take some time to review carefully the book Permission to Believe by R. Lawrence (Leib) Kelemen. I think that it is an important work for a number of reasons:

First, it represents the Neo-Rationalist school that has emerged from the Mussar and Kiruv corners of the Yeshiva world. I have a natural affinity towards this school.

Second, because it is one of the few traditional Jewish books in decades that discuss God. It seems like very few people have been discussing God since the days of Rav Soloveitchik and Heschel.

And third, because it demonstrates the importance of Torah U-Madda. What we will see is that the book is uninformed from the contemporary discussion of its topic in the academic field of religious philosophy. The past century has seen huge developments in this field that could have greatly strengthened this book. We will point out some of the flaws in R. Kelemen’s arguments that have been discussed in the literature and add some nuances and arguments that he seems to have missed.

More importantly, the definition of knowing with certainty is overly limiting. There are plenty of people who believe in God and would be surprised that R. Kelemen classifies them as agnostics. How? They are convinced that God exists but cannot say that they know it with certainty. Absent concrete proof, they might say, how can they definitively know? We will discuss answers to this in future installments but it is certainly a viable claim. I think you have to extend the definition of a theist to include those who are convinced that God exists.

If so, you also have to extend the definition of an atheist to someone who is convinced, even if he cannot prove it, that God does not exist. This is not an irrational position. There are rational reasons why someone would be convinced that God doesn’t exist, the most powerful being the existence of evil. Ancients felt forced to believe in multiple gods to explain this and monotheists have developed complex theological models to account for it. Perhaps an atheist simply finds it all too complicated to be plausible. Remember that being convinced is a lower level than knowing with certainty; it is a subjective rather than objective measure. While I strongly disagree with this conclusion, I can’t call it irrational.

R. Kelemen is not oblivious to the argument (against God’s existence) from evil. He devotes Chapter Six to the topic. In this chapter he offers some basic medieval theological explanations to the problem and then concludes that, despite all that, “Any rational person will admit that, in theory, the ways of God could be so complex that they defy human understanding (p. 95).”

An atheist might respond that he finds this entirely unconvincing and, essentially, a cop out. I don’t think it is. If you start with the premise that God exists, then you almost have to posit an intelligence of a different kind and not just a greater quantity of human-like intelligence. But atheists don’t start with that premise and might, within the bounds of rationality, find the whole discussion farfetched.

This is not to say that there are non-rational reasons for being an atheist. A 7-year old boy who was once playing with my at-the-time 9-year old son told him that he doesn’t believe in God; instead, he believes in monkeys. (My son responded, “So you’re stupid.”) That is non-rational atheism (and non-rational theism). Someone who has experienced abusive religious situations, and therefore rejects the entire religion and God, is acting emotionally and not rationally. Despite the sympathy and understanding they deserve, they don’t belong in this particular discussion.

I have to apologize for starting this series in a way that is not pro-theism (although not pro-atheism either). As we will see, that will quickly change. It might seem like arguing over the difference between “knowing with certainty” and “being convinced” is a minor quibble but it actually underlies a good deal of the philosophical development of this topic over the past 50 years or so. But let’s take this one step at a time.