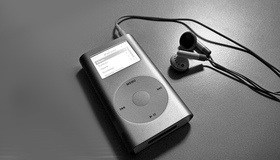 The Torah seems to presuppose the existence of money (e.g., Avraham buying from Ephron). Does this mean humankind was “destined” to have a medium of exchange other than barter, or waiting for equivalent object of value?

From R’ Aviner (IMHO there’s what to discuss-from a layman whose cpr/Heimlich training saved 2 lives, albeit one only temporarily):CPR Course
Q: What is preferable – a CPR course or learning Torah during that time?
A: Learning Torah, which resuscitates the soul. Learning Torah is equal to them all. Ha-Rav Moshe Feinstein wrote that while it is a Mitzvah to save people, there is no Mitzvah to study medicine (In his Teshuvah on whether or not it is permissible for a Cohain to study medicine. Shut Igrot Moshe, Yoreh Deah 2:155).