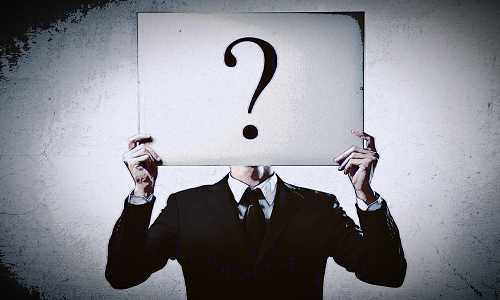 17 Tammuz: Chatam Sofer on Who To Believe Who’s a Kohen

A particular instance of a broader question afforded Chatam Sofer, Kovetz Teshuvot 60, the opportunity to enlighten us about how we know whom to treat as a kohen, and in what ways. The responsum, from 17 Tammuz, 5563 (1804) [meaning that Chatam Sofer spent at least part of this fast day writing a responsum], was about a man who had always been assumed to be a kohen.

Recently, he had served in that function for a pidyon haben, a redemption of the first-born, for one of his wife’s relatives, and rumors began to spread, doubting the veracity of his claimed status. The local rabbi looked into it, then turned to Chatam Sofer for advice.

This man had been brought to another town as a three year old, by a man everyone assumed was his father, and the father acted as a kohen, taking the first aliyah of the Torah reading, saying the priestly blessing. Soon after, the father left, either having arranged an adoption with the local chazzan or abandoning the boy, who the chazzan then adopted. The chazzan later got a job in this rabbi’s town, brought the boy with him, who grew up and married.

Was the Father a Kohen?

The first question is whether we can believe the father’s claim to have been a kohen. Even HaEzer 3;1 has two opinions about how we react to a man we don’t know saying he’s a kohen. Shulchan Aruch followed Rambam in saying we don’t believe him even in terms of giving him the first aliyah of the Torah reading. Rema accepted Remach’s view that we do, extending that also to allowing him to join other kohanim to administer the priestly blessing.

The reason not to accept his word was that if we let him perform those functions, people might rely on him for more significant functions of the priesthood. Remach argued that nowadays, the only issue would be eating terumah, which is derabbanan, obligated “only” by the Rabbis, not Torah law, and doesn’t happen that often.

As Ran pointed out, that ignores the question of pidyon haben. If the person accepting the five shekalim is not a kohen, the father has not redeemed his first-born son, and has thus neglected a Biblical commandment. R. Ya’akov Emden took that worry so seriously that he recommended that anyone who needed to redeem a son should do it with every kohen he met, to be as sure as possible that he had fulfilled the mitzvah. Each kohen, on the other hand, would have to return the money, since he couldn’t be sure he had the right to the money.

Chatam Sofer finds that a puzzling claim. We rule according to the view in Kiddushin 76b that priestly families have a chezkat kashrut [this idea has contemporary implications for people who claim to be Jewish, with only a family tradition as support]. But that may have been for families with an established presumption, where the question was whether some intervening event turned them into challalim, descendants of kohanim who—because of an inappropriate relationship– cannot fulfill that function anymore.

Rashi to Ketubbot seems to agree, writing that the kohanim from whom we demand a proof of lineage are those who were in exile and mixed with the nations surrounding them. It sounds like kohanim whose history gives no reason for suspicion do not have to bring any proof of lineage.

Beit Yosef had quoted Rashbash who took that a significant step further. He allowed returning conversos (Jews who converted to Christianity under duress and kept some or much of Judaism while acting as Christians) to serve as kohanim. He based that on the halachic principle that kol deparish me-ruba parish, any item that separates from a group is assumed to come from the majority. Since most conversos were careful about intermarriage, our assumption that this converso was from the majority means he’s still a kohen in good standing [this also reminds how vital facts can be to halachic rulings; whether conversos did or didn’t intermarry is crucial to this decision, as would be true of any halachic question that depended on evaluating external reality].

Chatam Sofer also takes for granted that kohanim have not intermarried going back to the destruction of the second Temple [sadly, I cannot imagine he could say the same today], and any Jewess who might have been coerced into a relationship with a non-Jew, rendering her unable to marry a kohen, can be presumed to have married someone else. The reason halachah speaks as if it doubts kohanim’s lineage, he says, is because of a case in the Gemara, the Benei Barzilai, who could not prove their lineage to Ezra (there was no evidence their lineage was  a problem, they just couldn’t prove it).

They then refused to accept Ezra’s decision that they should not act as kohanim. They and their descendants married other kohanim, under the presumption that they themselves were kohanim, muddying those lineages as well. It was that which led Rambam and others to speak of kohanim today as kohanei chazakah, filling their role only because they’ve always served, as did their ancestors as far back as we know (but not far enough to establish that lineage completely).

When the Gemara says such doubtful kohanim were allowed to partake of lesser aspects of the kehunah, Chatam Sofer assumes that included accepting pidyon haben, redemption of the first-born. For all that Rambam was stringent about this, Chatam Sofer thinks it’s clear that any kohen from a family that treats itself as kohanim should be considered a kohen, and redeeming our first-born with that kohen is valid and as far as a father has to go.

So, too, any kohen who allows himself to become ritually impure by contact with a corpse and/or to marry a woman his kehunah prohibits [by claiming he does not have to accept his family’s claim that he’s a kohen, as happens sometimes today] would be violating a Torah prohibition, with no room to say it’s only doubtful.

That presumption applies to families of kohanim, Chatam Sofer says; if a random individual appears and claims he’s a kohen, we have no reason to accept that claim. Employing this kohen for a pidyon haben would be a poor choice, since other kohanim come from established families.

Beit Shemuel defended accepting these individuals, since there’s no upside to lying, and there are plenty of downsides—it requires them to act as kohanim¸such as in avoiding contact with the deceased and choosing their wives from a narrower pool than most people, and they generally returned pidyon haben money. He held that we could believe anyone who claims to be a kohen.

Chatam Sofer points out an important difference in his time, when some communities hire a kohen for holidays, since they have no one to administer birchat kohanim, the priestly blessing. They’ll put him up nicely, pay a little something. It’s already happened, Chatam Sofer says, that people have been caught faking their kehunah to secure that gig.

How Do We Know This Is His Son?

Aside from whether the father was a kohen, we have to know whether we believe his claim that this son is also a valid kohen.  In this case, we have some evidence either way: the boy acted as if the man was his father (he followed him around, attached to him as his primary caregiver, usually the sign of a son), but the man also abandoned him, leaving him with the chazzan for foster care/adoption, which is not how parents generally act.

[In reading this, we can wonder how a contemporary posek would apply these assumptions: the greater frequency of adoption today means both that a child clinging to an adult doesn’t as confidently communicate biological parenthood, but nor does an adult giving up a child cast as much doubt on biological parenthood].

All that aside, the father’s status as a kohen was only tenuously established. In such situations, it seems clear that the father would have had to be explicit about the child being his son and a kohen before that would establish a presumption for the child. That would be true even for giving him the first aliyah of the Torah reading, because people do assume that whoever gets that first aliyah can also perform a pidyon haben.

When it comes to saying birchat kohanim, Rema said he had to go up with other kohanim. Chatam Sofer explained that if there are other kohanim, this man can be seen as an ordinary Jew who of his own accord chooses to join the kohanim, and whatever prohibition there might be on doing that is Rabbinic (such that, in a case like this, Chazal might have allowed him to say he was confident enough of his status to act like a kohen).

On the flip side, if this man wanted to decide he wasn’t a kohen, to bury non-relatives or to marry a woman whom a kohen may not, we wouldn’t stop him. Ordinarily, once a person declares a certain status, at least he has to accept the validity of that claim, so that if he then violated it, a Jewish court would punish him accordingly. [So if he claimed to be married to a certain woman, and she denied they had ever been married, he would not be allowed to marry relatives of hers even if the court rejects his claim and tells her she does not have to act as if she’s married to this man. If he then married her relative anyway, the court would punish him as if they had been married].

Here, though, this man had never claimed to be a kohen, he operated on the basis of what he’d been told. And the man who told him, the chazzan, might have inferred it from the father kohen’s actions without actual testimony to that effect. That’s not binding evidence that would constrain the son to keep acting like a kohen. It seems, then, that this boy does not have enough backing to act like a kohen, in any way, and is free to act like an ordinary Jew even in ways that would be Biblically prohibited to kohanim.

A reminder that lineage has to be established before it obligates us to accept its strictures or reap its privileges.