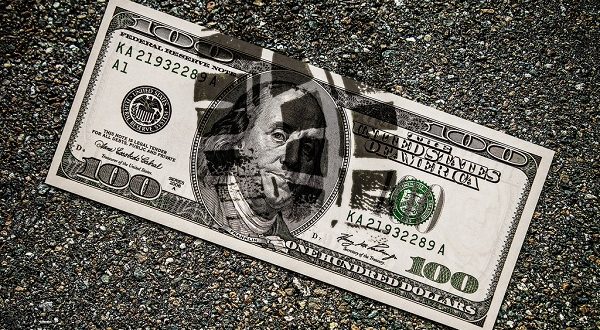 In volume 2;68 of Shu”t Aseh Lecha Rav, R. Hayyim David Halevy answers a letter from the 26th of Sivan [yes, for Aseh Lecha Rav, I have to use the date of the question, not the answer; it’s the price I pay to expand our library of respondents]. The writer was bothered by the tenant protection laws in Israel, which made it difficult for landlords to get rid of tenants, or even keep their rents close to market rate.

Tenants stayed years, even decades, in apartments that had gone way up in value, but whose owners could not realize any of that profit. It was so bad that it was worth owners’ while to pay tenants large sums of money to leave, which is what they were doing. The letter writer wondered at the morality of taking this money (it seemed to him akin to extortion, the tenant receiving money that he had not in any way earned). R. Halevy agrees that he had long been troubled by the law, although in more measured terms than of this letter writer.

The Law’s the Law

He starts with the reminder that halachah recognizes dina de-malchuta, the law of the land, a principle codified by Rambam and Shulchan Aruch, with no argument. Rashbam on Baba Batra 54b said it extended from people’s acceptance of the government’s right to tax and set laws, for the good of society, so that anyone who takes money by virtue of such a law cannot be considered theft.

[R. Halevy will discuss whether there are limits on governments’ rights to legislate, and in what areas they have these rights. Here, I note that Ramban in Baba Batra 55a agrees with French sages who said that some laws were governmental theft, not legal expropriation; the French example was governments that took the assets of any Jews who moved to a different kingdom (as was true of South Africa during apartheid; some Jews would get their assets out by buying outrageously expensive jewelry and taking that out to sell once they arrived on friendlier shores].

So far, R. Halevy says that the concept of dina de-malchuta shows why there’s no reason to think of this money as taken wrongly, and that anyone who took this money can still put on his gravestone “here lies the righteous and innocent man…” (The question was posed by a relative of such a man, I believe, who wanted to know what to do about the money in the inheritance, and how to view the man who had taken this money).

To assuage lingering doubts, R. Halevy points out that others linked dina de-malchuta to the rule of hefker beit din hefker, that courts have the right to confiscate money or property.  That rule is derived from a verse [in Gittin 36b, among other places; R. Halevy doesn’t go into detail, but the Gemara offers two sources. One is Ezra 10, where Ezra summons the people to a meeting in Jerusalem to deal with the intermarriage problem that, sadly, arose soon after the Jews returned from Bavel. To ensure people came, the announcement said that anyone who did not heed the summons of the officers and elders would have his property taken away.

R. Eliezer offered another verse, from the end of Yehoshua, which uses the verb nachalot, inheritance for what Elazar HaKohen, Yehoshu’a, and the heads of the tribes gave out to the people when they were apportioning the Land. Either way, Scripture gives the leaders of the people rights to take and give out land as seemed proper to them.]

Once we know that governments can take away money, anyone who then gets that money is, at worst, taking money from hefker, money that the government has rendered ownerless.

The Will of Hashem Reflected in Governmental Decisions

To answer the letter writer’s protest of the justice of living in someone else’s apartment for decades, paying almost no rent, and taking a large payment to leave, R. Halevy points out that the Geonim (he does not say who, and I didn’t find the exact quote) already said that part of Hashem’s giving reign to governments included giving them rights over people’s property as Nechemiah 9;3 says, they rule over our bodies and our animals as they wish.

Seeing governmental authority as a divine right turns this into a matter of faith, that whatever the government does is– in some sense– Retzon Shamayim, the Will of Heaven. [R. Halevy could have taken that minimally, that a particular decision is Hashem’s Will only in that Hashem wants working governments, even if they get some choices wrong. He takes a more maximalist view].

It’s Retzon Shamayim, he says, because of a phrase in Mishlei 21;1, that the heart of a king is in the hands of Hashem, who turns it in whatever direction Hashem wants. [Rabbenu Yonah takes that verse much as R. Halevy does here, that kings’ decisions are so important, Hashem leaves them with almost no freewill. There seems room to wonder as to whether all governmental choices rise to the level of importance for Hashem to intervene].

The Legitimacy of Tenants’ Law

Some authorities do restrict dina de-malchuta to laws that benefit the government itself, not ones that regulate citizens’ interactions with each other. R. Halevy recognizes that, but denies its relevance to this law, as he will make clear from a further analysis of the law itself. It is, first, a leftover from the Mandatory period (when the British ruled Palestine), whose purpose seems to have been to protect poor tenants from being evicted, such as during World War II, when there was great inflation. While people could cut back in other areas of their lives, if rents kept up with inflation, they would lose their apartments.

Since the government would have to deal with the newly evicted people, at a time when its resources were stretched with fighting the Nazis. Preventing a major homelessness problem, for all that it looks like a landlord/tenant question, is also a governmental one.

Once the State was established, the same concern applied, becaue the government was fighting a War of Independence and building a country. For a country absorbing hundreds of thousands of immigrants, with a chronic housing shortage [I believe there is still less housing in Israel today than needed, and the government is always working on ways to improve the situation], this law helped the Israeli government in the same way. Therefore, R. Halevy concludes, this is a law that fits comfortably in the rubric of dina de-malchuta.

Assigning the Costs of Social Ills

One more problem that could be raised is that the law puts the burden of averting homelessness on the landlords; how is that fair? R. Halevy’s [to me, unconvincing] response is that there weren’t other options. Also, since most landlords are wealthy, it would be like the government choosing to confiscate their property to accommodate a mass emigration (which is their right, since hefker beit din hefker).

While he concedes that some landlords make their bare living off their property, and the law causes them serious problems—and, conversely, that some tenants could easily pay a higher rent—laws are never perfect. As Rambam says in Moreh Nevuchim 3;34, the Torah makes laws for the majority of situations. It would be impossible (and not worth the legislators’ time) to account for all eventualities in a law.

That being true, laws (and Nature, Rambam adds), work generally well, but there are those unavoidably hurt. Rambam’s example is the sun or rain, which helps many, many people, even as others get damaged by it. So, too, with Torah law and with human law.

From all this, there’s no problem of Torah law or of theft for the relative who wants to accept the money his landlord is offering to leave his apartment.  If this man, the questioner, wanted to refuse such monies should they be offered him, that would be a more kadosh way of acting [just because Torah law allows us to take money doesn’t mean we have to].

In closing, R. Halevy says what I had hoped he would, that he fundamentally agrees with the letter writer, that the law is at that point a wrong against landlords, and the Knesset should find a better way to address the situation, to find a way for landlords to make money off their property without also affecting tenants’ rights.

[This, again, reminds us that there are laws that are legitimate, in that those who promulgated them had the right to do so, but take too little account of the people damaged by the law. This can especially evolve over time– if, e.g., the tenant protection law came into being at a time when eighty percent of landlords were very wealthy, and rents were only ten percent below market rate, that’s a different situation than if, decades later, fewer of the landlords are wealthy and/or rents are now a small fraction of market rate. Especially when we know that laws tend to be imperfect, it militates for frequent review and reconsideration of such laws.]