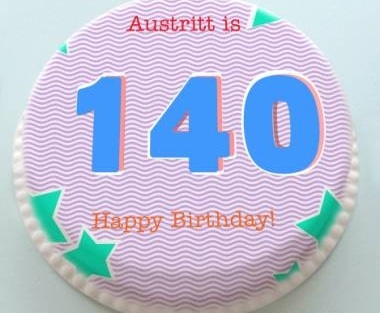 Posted by: Gil Student in From The Hashkafah Files, Magazine, Posts Jul 28, 16 2 Comments

This Thursday marks 140 years since the Prussian government allowed Jews to secede from the general Jewish community in order to establish separatist, Orthodox communities. Is it a day to celebrate? It depends whom you ask. Rav Samson Raphael Hirsch famously championed Austritt, secession, even appealing to leading Hungarian rabbis like Rav Moshe (Maharam) Schick for support. Rav Azriel Hildesheimer, who led the modern wing of Hungarian Orthodoxy before leaving for Berlin in 1869, supported Austritt as well, but in a different way than Rav Hirsch.

These two personalities — Rav Hirsch and Rav Hildesheimer — represent two different ideologies. Rav Hirsch was an innovative Torah thinker and powerful apologetic writer who successfully built a community of committed laypeople, people who were part of the modern world while remaining staunchly religiously conservative. His movement was called Torah Im Derekh Eretz, by which he meant Torah and culture, worldliness.

In contrast, Rav Hildesheimer was a Torah giant whose responsa and Talmudic commentaries made an impact on subsequent Torah literature. No less a Charedi figure than Rav Elazar Shach praised Rav Hildesheimer’s Torah insights in a 1976 approbation to the latter’s novellae on the Talmud, published from manuscript. Rav Hildesheimer, whose students joined him in the traditionalist scientific study of Judaism, was among the greatest figures of Torah U-Madda in history. I find it very telling that Rav Hildesheimer’s insights into the weekly Torah reading, published at the end of his second volume of responsa, lack any methodological innovation. In style and approach, they are completely traditional, even uninspiring. In contrast, Rav Hirsch’s Torah commentary was groundbreaking, combining careful textual readings with thoughts on Jewish philosophy and theology. Rav Hildesheimer’s Torah was a traditional Torah while Rav Hirsch’s was a new Torah for a new age. But in addition to that traditional Torah, Rav Hildesheimer supported and engaged in new types of academic studies which Rav Hirsch strongly opposed. The two joined forces on certain initiatives but from different perspectives.

In 1873, the Prussian government passed a law allowing Christians and Jews to secede from their religious communities if they renounced their membership in those religions. Both Rav Hildesheimer and Rav Hirsch had joined with other Jewish figures in lobbying for an amendment to this law, allowing Jews to secede from the official Jewish community and establish separate congregations for reasons of conscience. On July 28, 1876, this amendment was signed into law [1]I’m a little unclear whether this was an amendment to an existing law or a new law. by the king, enabling Orthodox Jews to secede from Reform-dominated communities. [2]On this, see Jacob Katz, A House Divided, ch. 22. Already in 1869, Rav Hildesheimer led a segment of the Berlin Orthodox community (Adass Jisroel) into secession from the main Berlin Jewish community, but until the 1876 change in law, Adass Jisroel members still had to pay a tax to the Jewish community from which they had seceded.

Throughout this struggle [ to pass this amendment ], Hildesheimer both supported Hirsch and urged passage of this law… Hildesheimer’s activities on behalf of Orthodox secession from the general Jewish community took other forms. In 1876 his former student Israel Goldschmidt was offered the position of community rabbi in Frankfurt. Hildesheimer wrote to him in February, encouraging him not to accept the position. There were several reasons for this decision… but it is clear that a major one was that he did not want to weaken the Austrittsgemeinde (Orthodox secessionist community) in that city. Goldschmidt heeded his teacher’s advice and turned down the proffered position. Indeed, a year later Hildesheimer offered similar advice to his outstanding and beloved pupil Marcus David Horovitz, who had been invited to become the Orthodox rabbi of the general Jewish community in Frankfurt. Horovitz defied his teacher’s counsel, but Hildesheimer’s advice nonetheless indicates his wholehearted commitment to the concept of Orthodox secession, when necessary, from the larger Jewish community…

[ Regarding the Frankurt secession debate, Hildesheimer wrote to Lippman Mainz in support of secession. ] Hirsch was right to secede from the general Jewish community, and in Hildesheimer’s view, Mainz was wrong to oppose Hirsch on this issue.

Prof. Adam Ferziger adds some nuance to the evaluation of R. Hildesheimer’s view. In his Exclusion and Hierarchy: Orthodoxy, Nonobservance and the Emergence of Modern Jewish Identity (pp. 151, 153-154), he writes:

However, [ the Berlin separatist community ] developed a far less rigid perception of communal separation than that espoused by Hirsch and his followers. According to popular legend, when the austritt law was passed, in Frankfurt the Orthodox proclaimed, “Blessed are we for having been granted the right to secede,” while in Berlin they lamented, “Woe unto us for having reached the point of secession”…

The differences between Berlin and Frankfurt separatist Orthodoxies were not limited, however, to a less antagonistic stance on the part of Berliners toward the non-Orthodox community. Rather, unlike the Hirschians, when it can to issues that were of common interest to all Jews, the Adass Jisroel community and its leaders were willing to work together with other Jews. Hildesheimer, who set the tone for the Adass Jisroel community, cooperated with non-observant Jews in a variety of ways. Within his own locale, he was willing to join with non-Orthodox rabbis and even the leaders of the Berlin Gemeinde in order to fight anti-Semitism… He was directly involved in setting up welfare and educational institutions to serve refugees from Eastern Europe. In this capacity, Hildesheimer, unlike many of his Orthodox colleagues, was willing, once again, to work with non-Orthodox Jews–even ones with whom he had sharp ideological differences or whose lifestyles were antithetical to the religious values he held dear…

In all of the examples of cooperation with the nonobservant described here, the Hirschian separatists were extremely critical of the Berliners. As far as the Frankfurters were concerned, any cooperation with non-Orthodox Jews in an organized framework was tantamount to legitimizing their religious ideology and lifestyle.

I believe there are many parallels between Rav Hildesheimer’s approach to interacting with non-Orthodox leaders and organizations, and Rav Soloveitchik’s approach, many decades later in America, of distinguishing between internal and external matters.

And in answer to my initial question, according to popular legend quoted by Prof. Ferziger in the above passage, Rav Hirsch and his followers in Frankfurt might wish people a happy Austritt day. Rav Hildesheimer and his Berlin congregation would probably consider it a sad day, when Orthodoxy was forced out of the general Jewish community.