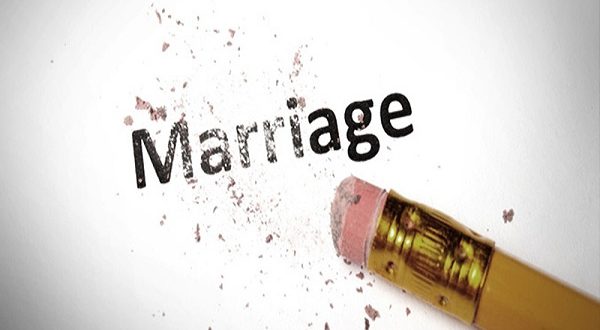 Uprooting Marriages in Our Time

5 Sivan: Seridei Esh on Uprooting Marriages in Our Time

While I generally offer responsa written on a certain day, I also allow myself to bend those rules. In this case, I am going to use a responsum where the original question was on the fifth of Sivan, 5718 (1958), even though the answer was dated the twentieth. That’s because it’s a chance to study a responsum of Seridei Esh, R. Yechiel Ya’akov Weinberg, a giant of Torah born in 1885, who was the last head of the Hildesheimer Rabbinical Seminary (until the Nazis closed it, in 1938), and lived in Switzerland for twenty years after the war as well.

Seridei Esh 1;107, starting on page 324 (the Bar-Ilan CD organizes it more by page than by number of the responsum, I’m not sure why), records a question of one Dr. William Roth of New York. Seridei Esh characterizes him as a well-known philanthropist and businessman who also studies Torah regularly, having completed Shas several times (it’s not clear how he knew that about him; it’s also interesting that “having completed Shas several times” wasn’t a standard of being a gadol baTorah¸a giant of Torah, it was a sign of someone continuingly interested in Torah). Final extraneous point: the letter is signed Yekutiel Ze’ev Roth, but Seridei Esh referred to him as William.

Uprooting Marriages: Not According to Ra’avan

To the matter itself. Dr. Roth was reacting to what Seridei Esh had written to R. Herzog, about war widows whose husbands’ bodies had not been found. One suggestion was to do a zikkui get, to have the court write out a bill of divorce on the husband’s behalf, under the assumption that he would want us to save his wife from the misery of being alone and unable to remarry. As part of that discussion (which appears earlier in this volume, siman 90, section 4), R. Weinberg had discussed the possibility that we would nullify some of the marriages from the start, applying the Talmudic concept of afke’inhu rabbanan kiddushin mineih, that the Rabbis uprooted his marriage, made the original marriage invalid.

Dr. Roth knows of a book called Mekor Mayim Chayyim, whose author quoted Ra’avan (a 12th century authority), that we today (meaning: post-Talmudically) do not make use of that concept. The earlier sages had the power to void marriages, but we do not. Ra’avan applied that to a case where a husband gives a get with a certain condition, such as that the get is valid if he does not return within twelve months (a way to protect the wife if he disappears).

If he then cannot get back for reasons of out of his control, the Talmud ruled ein ones be-gittin, we do not pay attention to that fact and the get is valid, as if he had simply not shown up. To justify that, when we usually take account of circumstances beyond control, the Gemara said Hazal declared the marriage invalid, to avoid a woman thinking she had been divorced, only to have the husband show up and prove he had been kept back by circumstances outside his control. Ra’avan says that since this is a case of afke’inhu, of Hazal having retroactively declared the marriage not to have occurred, we would not rule that way today, and she would not be divorced.

Dr. Roth knew of a contemporary decisor also loath to apply afke’inhu because of that Ra’avan. This R. Ya’akov, head of the rabbinic court of Karlin, had pointed to Rashi in Baba Metzia 96b, who assumed that rulings made in the time of the Gemara are seen as made by each generation’s beit din. That would mean that if we applied a Talmudic example of afke’inhu, it would be our current court doing it, which Ra’avan thought was not within their power.

(Rashi’s example was when a husband uses property of his wife’s that turns out to belong to the Beit HaMikdash. Since it was Hazal who set up the marital rights such that the husband can use his wife’s property—in return for his guaranteeing to ransom her should she be taken captive– the Gemara wondered why we don’t assign the court the guilt for the me’ilah, the misuse of Temple property. Rashi explained that the Gemara meant the court of that time, meaning that he held that the ordinance, made centuries earlier, is seen as having been acted on by that court. There are ways to respond to this claim, but we’ll leave it for Seridei Esh to take care of).

Dr. Roth does close by noting that Ra’avan’s view is a lone opinion, so, theoretically, Seridei Esh could have responded by saying just that that was not the view of most authorities, but Seridei Eshi answers more fully.

His response is dated the twentieth of Sivan, two weeks later, but opens with an apology for having taken so long. I note that, first, because I have seen many other responsa with longer wait times and no apology. Second, Seridei Esh’s defense is that he was busy answering letters that applied in practice, a reminder of the higher value of putting halachah into effect over dealing with its theoretical questions. [There’s more to be said on that, but that’s not in Seridei Esh].

He says he had not seen Mekor Mayim Chayyim, or the Ra’avan, bemoaning the fact that, since the destruction of his Beit Midrash in Berlin [Hildesheimer Seminary], he has had to work with a more minimal library than he would have wished. He does start by rejecting Ra’avan as a lone view, all the other rishonim having disagreed, giving examples of where we today apply this.

For example, Rashi held that the reason we can accept the testimony of one witness regarding a man’s death (so that his widow can remarry) was afke’inhu. Really, in other words, we should require two witnesses; to protect women from becoming agunot, from being stranded by a husband who passed away with only one person around to see it, Hazal decided to nullify marriages where the husband disappeared and one witness said he had died.

That’s also how Rashi and Rashba understand the power of the court to coerce a husband into giving a get. While coerced gittin aren’t valid, Hazal said that in cases where it’s appropriate to force the husband into declaring his willingness to give a get, Hazal nullified the marriage.

On another issue, Ramban explained how we can hold that if a husband throws a get to his wife, and it lands within four amot of her (about six feet), it takes effect. Despite our uncertainty about whether her proximity effects an acquisition of the get, but afke’inhu lets us say she’s not married.

Ran used afke’inhu to explain how we can ignore a woman’s claims to have had an affair. If she actually had the affair, she and her husband could not stay together. Yet Hazal, worried women might lie about that to get out of bad marriages, said we ignore such claims. The mechanism for allowing us to do that was afke’inhu, that Hazal nullified the original marriage, so that any affair she may have had was not, retrospectively, an affair (since she wasn’t married at the time, but has been married since).

Seridei Esh’s final example is that Nimukkei Yosef held that a get that wasn’t dated is still valid, because of afke’inhu.

Ra’avan would have explained each of these in other ways, so it’s not a challenge to him (for just one example, Ra’avan could have held that Torah law allowed one witness to verify a husband’s death.) The point of citing them was to show that many other authorities do invoke this concept in our times, so that Ra’avan’s view is an halachic curiousity, rather than a position that we have to account for in our contemporary halachic thinking.

Seridei Esh adds that Ra’avan seems to have accepted the view of Tosafot Yevamot 110 that what gives Hazal the power of afke’inhu is that they can, on occasion, uproot Torah law, and Ra’avan was saying that that power is no longer active. However, Rashi held that afke’inhu relies on a different source, the fact that the groom declares he is betrothing his wife ke-dat Moshe ve-Yisrael, according to the views of Moshe and Israel (as represented by Hazal). Since he made the marriage conditional on their agreement, Rashi understood the Gemara to be saying, they can retroactively remove that agreement, voiding the marriage.

In the article to which Dr. Roth was responding, Seridei Esh had said that if we view the words “ke-dat Moshe ve-Yisrael” as a condition, it clearly gives veto power to the court of the groom’s time, not some ancient court. Seridei Esh understood that to mean that every groom gives the current court the right to dispute his marriage, and thus uproot it [that point is arguable, even if we accept that we apply Talmudic examples of afke’inhu in our time: it could be that the groom meant “according to all the rules and conditions already established by Moshe and Israel,” which would then mean that a current court could not invoke some new rule to uproot a marriage].

Even Ra’avan would agree, Seridei Esh says, that afke’inhu still applies today to any cases where the Gemara was explicit that men betroth their wives according to the rules set by Hazal, such as where some unforeseen factor prevented the husband from fulfilling the condition that would have stopped the divorce from happening.

Finally, he notes that Responsa Rivash 399 accepts the custom of a community that had said that a man should not get married without a minyan present, and had declared that any marriage done in contravention of this rule would be invalid. Rivash ratified their right to do so, for various reasons, but showing Seridei Esh that communities today still have the ability to make rules about marriage, and to nullify those marriages that ran aground of those rules.

This obviously has radical implications, such as the possibility that a community could say that any marriage where the husband eventually refuses to give the wife a get could be declared null from its inception. But Seridei Esh does not get into those possibilities here, so we, too, will leave them. What we did see was Seridei Esh defending his claim that afke’inhu is still a live possibility in our times, and that Ra’avan’s view that it was restricted to the time of the Talmud is a lone opinion which we do not have to account for in our halachic reasoning.

2016-06-10
Gidon Rothstein
Previous: Daily Reyd
Next: What the Toil of Torah Secures, and Avoids

Onkelos, Rashi, and Ramban to Lekh-Lekha: Getting to Know Avraham and Sarah