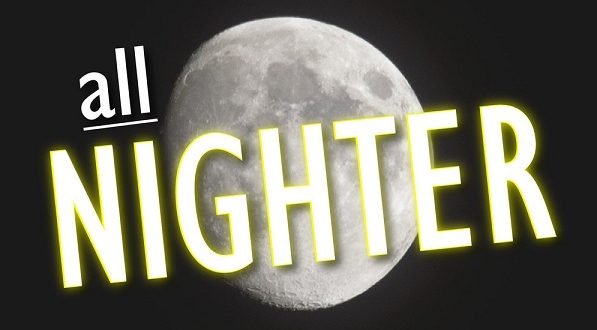 Staying Awake All Night on Shavuot: Reexamining the Custom

There is a widespread custom to remain awake all night on Shavuot immersed in Torah study. [1]Zohar, Emor; Magen Avraham 494. The Arizal teaches that those who do so will live out all their allotted years and be saved from every trouble and woe. [2]Sha’ar Hakavanot, Chag Hashavuot; Mishna Berura 494:1; Be’er Heitev, OC 494:7; Kaf Hachaim, OC 494:6. See also Pele Yoetz, s.v. “Atzeret.” Although the custom of staying awake all night on Shavuot is certainly commendable, it might just be that it is overemphasized. This is especially true considering that observing this custom often results in a laxity in other, more important duties.

Let us examine the custom in its original sources, as it appears in the Magen Avraham. It is stated in the Zohar that the chassidim harishonim would remain awake all night immersed in Torah and that it has become the custom of most scholars to do so. The reason for this custom is to remedy the behavior of the Jewish people, who were fast asleep as God was about to reveal the Torah at Mount Sinai, forcing God to awaken them. [3]Elya Rabba 494:3; Magen Avraham 494; Kaf Hachaim, OC 494:6. We, therefore, remedy their behavior.

It is also interesting to note that most such “chassidim harishonim” customs that have gone dormant actually derive from much more authoritative sources, such as the Talmud and halachic codes. Oddly enough, the custom of staying awake all night on Shavuot, which may very well be the only custom of the chassidim harishonim widely observed today, is “only” kabbalistic in nature. Perhaps overemphasizing a custom found only in kabbalistic literature is inappropriate when many routine customs found in halachic sources are ignored.

One will also note that staying awake all night is described as being the custom of “most scholars.” Nowhere is it suggested that it is the custom of “all scholars,” and it certainly does not seem to be a custom that was intended to be imposed on the general populace. In fact, the Abudraham, who meticulously documents customs of the thirteenth and fourteenth centuries, makes no mention of this custom among the many other customs of Shavuot that he does cite. Finally, the same Magen Avraham who records the custom of staying awake on Shavuot is already on record as having ruled that if one will be unable to recite Shacharit properly as a result of staying awake all night, then it is better not to do so. [6]Magen Avraham 619:11. As mentioned, staying awake all night on Shavuot is at best a custom while reciting Shacharit with concentration is a halachic requirement, with the proper recitation of Shema being a biblical one. [7]See Siddur Ya’avetz 175:12, and Pele Yoetz, s.v. “Atzeret.”

There are a number of other, often neglected halachic concerns with staying up all night, as well. For example, one must be very careful not to get distracted from one’s Torah studies with idle talk and certainly not gossip. [8]Siddur Ya’avetz 175:11; Kaf Hachaim, OC 494:11; Pele Yoetz, s.v. “Atzeret.” So too, many of those who stay up all night are too busy catching up on sleep the next morning and neglect to eat the daytime yom tov meal before midday, which is to be preferred. [9]Aruch Hashulchan, OC 288:2; Ohr L’tzion 3:18, n. 11. There are also halachic issues with eating and drinking as it gets closer to sunrise.

The Brisker Rav, expressed his surprise that people are so particular to stay awake the entire night of Shavuot, which is a custom, while the halachic requirement to remain awake discussing the Exodus from Egypt on the Seder night until one is overcome by sleep is largely ignored. In fact, the custom of staying awake all night on Shavuot was not widely observed in Brisk. It is also noted that those who choose to sleep at night on Shavuot can “make up” the time by studying that many hours on Shavuot day. [10]Uvdot V’hanhagot L’beit Brisk vol. 2, p. 79, cited in She’eilat Shlomo 1:26–27, 222. See also the personal practice of Rabbi Yosef Shalom Elyashiv, cited in the book Hashakdan, vol. 2, p. 240.

It is also worthwhile to examine the Midrash that the authorities cite as the source that the Jewish people were fast asleep on that first Shavuot night:

The Jewish people slept that entire night because the sleep of Shavuot is pleasant and the night is short. Not even a mosquito came to sting them. The Holy One Blessed Be He came and found them sleeping and proceeded to wake them up, as it says, “On the third day in the morning there were sounds and lightning.” Moshe woke up the Jewish people and took them out to greet the King of kings… [11]Shir Hashirim Rabba 1:57.

Rabbi Tzadok Hakohen and others note that nowhere in this Midrash (or anywhere else) are the Jewish people criticized for their conduct. In fact, this very Midrash teaches that sleeping on Shavuot night is especially delightful, seemingly recommending that we take advantage of the opportunity to do so. Indeed, as we see, God Himself actually made sure that the Jewish people would enjoy ideal sleeping conditions that night, ensuring that not even the insects would disturb them! Furthermore, recall that the Jewish people had just completed three days of exhaustive preparations for receiving the Torah, as God had commanded them. There was good reason for them to sleep. [12]See Eliyahu Kitov, The Book of Our Heritage: The Jewish Year and Its Days of Significance (Jerusalem: Feldheim, 1978), Shavuot, vol. 3, p. 76.

Make no mistake, this writer is not dismissing the custom of staying awake all night on Shavuot nor suggesting that those who regularly observe it cease doing so. This paper is merely intended to offer a contextual and historical perspective on the custom. Those who are unable to remain awake all night on Shavuot might want to consider remaining awake until midnight, or at least until a later hour than usual. [13]Nitei Gavriel, Shavuot 14, n. 9. It is also meritorious to simply wake up at dawn and recite Shacharit at sunrise even if one must sleep most of the night beforehand. [14]Ibid., 16:6. Every person should evaluate for himself each year whether or not it is worthwhile for him to remain awake on Shavuot night lest “his gain be offset by his loss.” [15]Avot 5:14, 15.