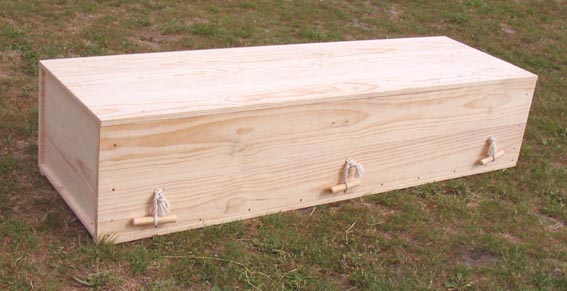 Exhuming and Burning a Body for Reburial

12 Sivan: R. Moshe Feinstein on Exhuming and Burning a Body for Reburial

Death and burial are emotional. Into such a situation was R. Moshe Feinstein asked to wade, in Iggerot Moshe Yoreh De’ah 4;56, dated 12 Sivan 5741 (1981). A deceased Jewish man had been buried in a Russian cemetery, the Soviets having outlawed separate Jewish cemeteries. When the family received permission to emigrate, the government would not let them take the remains with them.

Not wanting to abandon their relative, the family had had him cremated, and now wanted to bury him in a Jewish cemetery. Could they?

The first point he makes is that ashes do not require burial (not only cremated ones—some tragedies are that people are burned to death, and this issue would arise, too, whether the remains must be buried), if the skeleton—the spine and ribs– has been destroyed. He derives that from the rule about when there’s still ritual impurity associated wit a corpse. In Hilchot Tumat Met 3;9, Rambam rules that a corpse only conveys impurity if the skeleton is intact. If it was burned beyond that point, there is no ritual impurity attached.

R. Feinstein infers that those remains also do not obligate burial. [I could have imagined seeing these as separate issues, with different standards; for example, Aruch HaShulchan Yoreh De’ah 374;8 says that a corpse is only considered a met mitzvah, a corpse with no one to bury it and which therefore obligates whoever finds it to do so, if the head and the majority of the body, or the skull and spine, were intact; Aruch HaShulchan Yoreh De’ah 373;12 rules that a kohen would not become ritually impure for a parent unless the body was as whole as it was in life. Those standards, too, would translate into ashes not requiring burial, but they seem to show that there are multiple standards for what’s considered “enough” of a body to treat it as one].

That one doesn’t have to bury doesn’t mean one shouldn’t, R. Feinstein adds; if treating the ashes with respect is a way to honor the deceased, there’s no reason to stop them, and some value to it. That’s even truer when the deceased was their father, whom the Torah requires them to honor. Since the world at large thinks of burying ashes as an honor to the deceased, R. Feinstein thinks that itself might make it incumbent upon the children. [This is a perhaps new and important idea], that whatever society thinks of as honor by that very fact becomes part of the Jewish mitzvah of honoring one’s parents, as long as there’s no reason to see it as a problem).

The next concern is whether there are limitations on where in the cemetery to bury these ashes. Halachically, we do not bury evildoers near ordinary people; we don’t even bury ordinary people near notably righteous people [how we determine that is not his concern here; the Talmudic examples (Sanhedrin 47a) were people put to death by a court for their crimes, where the severity of how one was put to death for one’s crime differentiated worse people from better].

No matter, R. Feinstein says. Since the ashes do not count, halachically, as the remains of the original person, even were he an evildoer, there would be no reason for others to object to being buried near the ashes. Relatives of those already buried in this cemetery might object that giving the ashes a place will mean that person’s relatives will also want to be buried there, and those relatives do not act properly.

[R. Feinstein does not define what counts as “acting improperly.” It certainly sounds like he means they’re not observant. I note that because it seems to ignore the common idea that Jews not given a proper education, such as—especially—those raised in the Soviet Union would be considered tinnokot she-nishbu, people taken captives as babies and therefore less than fully culpable for their deficiencies of observance. R. Feinstein seems to assume that, in terms of objecting to being buried near them, their wrongful conduct still counts against them. It’s possible these people were bad in more obvious ways, but that’s not how it sounds to me.]

His suggestion is that the relatives be asked to relinquish, in writing, their right or intent to burial in that cemetery.  In truth, if they really do act improperly, the families of those buried there can stop their burial even without a written agreement [a whole new can of worms, that people buried in a cemetery can object to an evildoer’s being buried there as well!], but it’s better to have it in writing.

The final question he addresses is whether the family was right to bring the remains out of Russia, knowing they had to cremate their relative to do so. His first point is that burial is a de-oraita, Biblical, obligation, with an halacha le-Moshe mi-Sinai [which R. Feinstein also refers to as de-oraita] says that Jews should not be buried near idolaters or heretics, a more specific instance of the general idea we saw above, that ordinary Jews should not be buried next to evildoers, and lesser evildoers not next to worse ones.

If so, when this Russian man first passed away, the family had to deal with the conflict between the obligation to bury and the impropriety of burying him near idolaters. [While not all non-Jews are idolaters, they are, likely, heretics for the purposes of this conversation. In addition, three-quarterds of Russians are Eastern Orthodox Christians, who believe in the Trinity, which R. Feinstein would count as idolatry].

R. Feinstein still prefers burial, since tradition has it that it confers atonement for one’s sins; the prohibition on burying near an evildoer is for the honor of the deceased, and there’s no reason to think ignoring that honor would lessen the atonement of the burial. Even if we were to argue that burial near evildoers brings to mind this person’s evil as well, it’s better than no burial, if that lack of burial is not seen as a disgrace to the deceased (he gives the example of someone who chooses cremation; once freely chosen, having one’s body burned to ashes does not count as a disgrace and does not bring any atonement).

The upshot is that they shouldn’t have done it, that being buried is better than not [he assumes the atonement comes from the continuing fact of being buried, not just the original burial]; that would be especially true if he had happened to have been buried among Jews, even in a cemetery that’s non-Jewish (which could easily happen if, for example, the Soviets allowed families to be buried near each other).

But—and here’s where an important human element enters the discussion, where R. Feinstein reminds us that technical law is not all that matters in these kinds of questions—they made an honest mistake in making their choice, in an environment where they had no one to consult on the proper course of action. Still, it was unintentional, and needs only the same atonement as does anyone who sins unintentionally [a reminder that sin is sin, intentional or not; intention affects only how far the person has to go in trying to rectify it].

If it was a parent, the children’s continuing obligations to care for a parent puts this action in a new light, that of someone who thinks s/he is performing a mitzvah and ends up violating the Torah. In this case, since the world at large would see what they were doing as honoring the deceased parent, their act counts as an honest mistake within the performance of a mitzvah [note that that wasn’t true for a non-parent, where it was an honest mistake about treating the deceased with respect; since leaving the person there was the mitzvah, in exhuming them, they weren’t doing a mitzvah].

The opinion of R. Yehoshua in Yevamot 34a is that someone who thinks s/he’s doing a mitzvah but ends up violating the Torah is patur, is free of all culpability. As Rambam rules in Hilchot Sheggagot 2;8, that’s ture even for a sin that would incur karet or a chatat. The classic example is when a man has two babies needing circumcision, one on Shabbat and one not, and he circumcises both. There’s no atoning sacrifice required, because he had permission to circumcise one of them.

For R. Feinstein, that’s true here as well, that since they were involved in honoring a parent, the fact that they sinned in so doing does not count against them [the exact parameters of this idea would obviously need careful analysis].

In sum, R. Feinstein thinks they made a mistake, although for understandable reasons. Having made that mistake, there’s no reason not to bury the ashes in a Jewish cemetery, and existing residents of that cemetery (and their families) cannot object, although they might be able to object going forward. Because, important as burial is as a way of securing atonement, it is also a right to avoid being buried near someone whose conduct is significantly worse than one’s own.