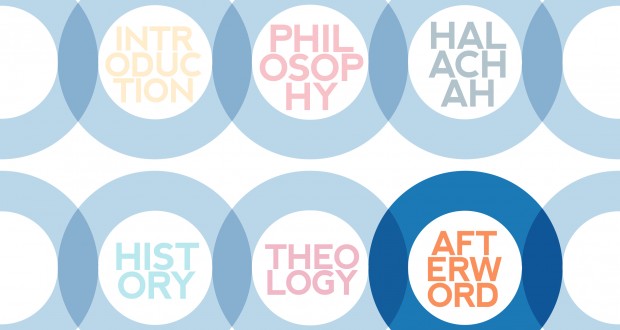 Jewish tradition changes but only in order to remain the same. Unlike a liberal approach to religious practice, which freely adapts the past to contemporary sensibilities, a conservative approach—which I believe Orthodox Judaism demands—strives to preserve the past by judiciously applying it to the present.

The Rambam boldly claims that the Torah’s laws do not fit every individual, place or time. [1]Moreh Nevukhim 3:34, 41. According to the Rambam, even though the Torah is a perfect and unchanging ideal, physical reality is messy. [2]See Marvin Fox, Interpreting Maimonides (Chicago, 1990), pp. 118-120. For the individual whose situation or psychology do not easily conform to the strictures of law, the Rambam can only offer sympathy and patience but not change, “for if [the law] were made to fit individuals, the whole would be corrupted, and you would make out of it something that varies.” [3]Moreh Nevukhim 3:34, Pines translation. On the Rambam’s implementation of halakhah in difficult individual cases, see Haninan Ben-Menahem, “Maimonides on Equity: Reconsidering the Guide for the … Continue reading However, when an entire generation cannot abide the law, an internal mechanism allows for change: hora’as sha’ah, a temporary enactment. [4]On the Rambam’s definition of hora’as sha’ah, see Ya’akov (Gerald) Blidstein, Samkhus U-Meri Be-Hilkhas Ha-Rambam (Tel Aviv, 2002), p. 109ff. The Rambam attaches an important stipulation to this measure, namely, it must be le-migdar milsa, a protective measure to safeguard the law. A temporary measure may abrogate the law, but only in order to preserve it. [5]Ibid., 3:41. Rav Tzvi Hirsch Chajes points out that while Tosafos (Sanhedrin 89b sv. Eliyahu) allows for a hora’as sha’ah that is not le-migdar milsa, that is only for a limited time. … Continue reading The Torah is eternal, unchanging; its application may vary based on unique circumstances of a generation. [6]Rambam, Commentary to the Mishnah, tr. Rav Yosef Kafach (Jerusalem, 1963), vol. 1 p. 7, vol. 4 p. 144; idem., Sefer Ha-Mitzvos, positive command 172; idem., Mishneh Torah, Hilkhos Yesodei Ha-Torah … Continue reading

Rav Jonathan Sacks sees in this position an important principle that refutes non-Orthodox theories of halakhic evolution. Torah can be changed only in order to be preserved, le-migdar milsa. While the Rambam invoked this idea regarding hora’as sha’ah, the principle applies more broadly, even to halakhic interpretation. [7]See also Rav Yosef Kafach’s edition of Moreh Nevukhim (Jerusalem, 1977), 3:41 n. 42; Rav Ya’akov Ariel, Halakhah Be-Yameinu: Morashtah, Limudah, Hora’asah Ve-Yisumah (Ashkelon, … Continue reading Rav Sacks explains, “halakhic innovation… aims, in the first place, at ensuring a strict identity of Torah through time, and second, at preserving Torah as law, which is to say as the code which governs the Jewish people.” [8]Jonathan Sacks, “Creativity and Innovation in Halakhah” in ed. Moshe Sokol, Rabbinic Authority and Personal Autonomy (Northvale, NJ, 1992), p. 125. In this article, R. Sacks also … Continue reading The concept of hora’as sha’ah teaches that the Torah may be adapted so that it governs the actual lives of the Jewish people, but the limitation of le-migdar milsa means that innovation must serve the purpose of maintaining the ideal Torah. Halakhah does not evolve with humanity’s changing moral compass, using loopholes to artificially force Jewish law to conform with contemporary mores. Torah is an unchanging ideal; rather, its application may adapt to new circumstances, but only to ensure that its underlying principles remain the same. [9]Rav Hershel Schachter addresses one aspect of the notion of contemporary application in his lecture “Modern Orthodoxy,” September 14, 2003, available at the TorahWeb website: … Continue reading

This approach serves as a contrast to political conservatism. Unlike Judaism, political conservatism maintains the status quo out of a deep mistrust of change. Edmund Burke, the father of political conservatism, offers two main reasons for continuity. First, he argues that there is a latent good within the present structure that may not be fully understood, and that good is often destroyed irrevocably by change. Additionally, continuity provides a cultural heritage, a context in which society functions. Any proposed change has to proceed slowly, allowing for mistaken steps to be reversed and for society to evolve organically. Burkean conservatism is about cautious and suspicious evolution rather than revolution. [10]For a recent rabbinic adoption of this approach, see R. Chaim Navon, Gesher Benos Ya’akov (Tel Aviv, 2011). To Burke, “most change is for the worse and all change should be effected as slowly as possible.” [11]Sacks, p. 167. To Rav Sacks, change is purposeful, designed to maintain a consistent religion in a changing world: “Halakhah only changes so that the Torah shall not change and that the Jewish people maintain its strict identity with Jews past and Jews yet to be.” [12]Ibid.

Halakhic authorities often will debate the best course of action in any given situation, because applying law as described in ancient texts to new circumstances is more an art than a science. For example, from time immemorial Jewish women have expressed their mourning in many ways. Recently, greater demand has emerged for women to recite kaddish publicly, a way for them to sanctify God’s name in mournful prayer. Should we consider this a negative development because it opens a door to possible behaviors that undermine traditional standards of modesty, [13]R. Yair Chaim Bacharach, Chavos Yair, no. 222. or is it a positive development because, aside from other positive aspects, it allows women to mourn publicly in a way that keeps them within the Orthodox fold? [14]R. Ahron Soloveichik, Od Yisrael Yosef Beni Chai, p. 100. The traditional Torah principles of expressing mourning publicly and of men, but not women, leading the prayer services remain in effect. [15]See R. Yosef Eliyahu Henkin, Gevuros Eliyahu, Orach Chaim no. 29. The question becomes whether, in today’s environment, preventing women from reciting kaddish will preserve all of the relevant values, or if it will cause women to attend non-Orthodox synagogues where they will lead services. [16]This is an intentionally simplistic dichotomy. A complete treatment of the subject of women reciting kaddish, exploring the many halakhic, mystical, psychological, social and historical issues, lies … Continue reading Arguably, in this case the practice should change to preserve the underlying value. Yet before, and if, we reach this conclusion, we have to first understand the Torah values under discussion.

In this symposium, Alex Ozar argued that tradition necessarily serves as the starting point for understanding our world. Philosophically, we cannot make sense of our world without custom nor make sense of our tradition without the present. Some traditional practices, such as slavery, are rotten to the core and must be dismissed. All others must be thoroughly engaged in order to be true to the community’s past and future. Specific innovations can be implemented or rejected only within a framework of commitment to and responsibility for tradition as a whole.

David Brofsky showed that religious customs are halakhically obligatory, even though they differ among communities and sometimes change. Masorah does not oppose innovation, but it demands that customs be given due weight and respect. We adjust our customs when we have halakhic license and, even then, only carefully and in order to preserve tradition, not to undermine it.

Zev Eleff and Menachem Butler described how a new custom, such as the Bat Mitzvah ceremony, can be introduced only after careful deliberation and frequently in a non-linear direction. Halakhic authorities will debate the details and often insist on fine-tuning the new practice so it accords fully with the values of Masorah. In the case of Bat Mitzvah, we see the healthy debate and the specific guidance away from practices deemed contrary to Masorah.

Jeffrey Woolf showed that Rav Soloveitchik considered Masorah both an atmosphere in which Torah is studied and a specific method of study. Halakhah operates as a self-contained system, with its own assumptions, logic and procedures. Living within the Masorah means accepting the Torah on its own terms and joining those who have studied the Torah this way over the generations. Innovation, as opposed to change, can only come from within the Torah’s system. The Torah’s interaction with challenges and changing circumstances comes on its own terms.

Rav J. David Bleich reminds us that Masorah obligates us toward our brothers who lack this connection to the past. Jews have lasted as a people for nearly 2,000 years of exile thanks to our tradition. Masorah is a guiding link across generations. It teaches us a broad array of Jewish values and how to employ them in our lives. As the years pass and the world changes, the Torah values remain the same but their implementation can sometimes vary. We must share Masorah with other Jews, passing on the tradition not just to the next generation but to this one, as well.

Gil Student is the Publisher and Editor-in-Chief of TorahMusings.com. He serves on the Editorial Board and as Book Editor of Jewish Action Magazine and sits on the Executive Committee of the Rabbinical Council of America.

Previous: Vort from the Rav: Bechukosai
Next: Audio Roundup