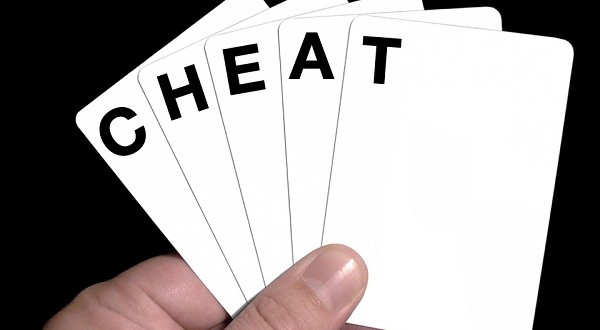 Question: If someone asks me for an answer during a test, can I tell him the wrong answer? (Response to follow-up question – I prefer not to refuse either to not suffer socially or so the cheater gets what he deserves.)

Answer: Cheating on a test is an example of geneivat da’at (deception) (Igrot Moshe, Choshen Mishpat II:30), which is forbidden whether one fools a Jew or a non-Jew (Chulin 94a). Many consider this a Torah prohibition, under the rubric of stealing (Ritva ad loc.). It is highly destructive to one’s moral standing (Sha’arei Teshuva 3:184) and distances him from the path of He whose “seal is truth” (Shabbat 55a). We cannot but mention that the amount of cheating that occurs in far too many of our schools is tragic, and is sometimes done even by morally/religiously “quality students.” Your frustration is justified, but your suggestion is flawed on several important grounds. We will divide the discussion based on the motivations you mention.

Geneivat da’at applies to such innocuous situations as making someone think you did him a bigger favor than you did (Chulin 94a). Rashi (ad loc.) explains that it is because he makes the recipient unnecessarily grateful. One can ask: is the deceptive act intrinsically forbidden, or is the prohibition dependent on the deceiver eventually receiving more than he deserves. While I cannot explain it succinctly, it is clear to me that the deception is intrinsic as long as he intends it to be impactful, even if that never comes to fruition (see Igrot Moshe ibid.). Thus, for example, every deceitful test answer is forbidden even if the examinee’s final grade (including F) was not improved by the cheating.

Based on the above, the cheater violates geneivat da’at even if you give him the wrong answer, meaning that you will violate lifnei iver (sometimes, by Torah law and sometimes Rabbinically) by facilitating his aveira by providing an answer other than his own. “Giving him what he deserves,” does not justify your lifnei iver of aiding in his aveira or in deceiving him even if it were moral (our next topic).

Ideally, you should rebuke the perpetrator, acting out of not only love of the mitzvot but also of the unfortunate sinner, who needs guidance (see Rambam, De’ot 6:7). Even if this is not feasible (see Yevamot 65b), you should not give the impression of agreeing with cheating, which may be a form of lifnei iver (see Shach, Yoreh Deah 151:6) and a chillul Hashem. Also, while there are cases it is justified to be deceitful with the deceitful (see Tehillim 18:27 and Yaakov-Lavan story), there seems to be little need/gain/justification for you to lie.

The matter of concern for your social standing, which can sometimes be a serious problem, makes a better question. The gemara (Berachot 19b) allows significant halachic leniency to avoid embarrassment. Just as we suggested that one is not required to snitch on fare-beaters to a bus driver (Living the Halachic Process III:I-8), your fear can be an excuse to not tell the proctor about the cheating. However, to take part in the cheating (even with the wrong answer) is more difficult. One might claim that if the cheater could cheat from someone else, you would only be violating a Rabbinic version of lifnei iver (see Shach ibid and that there are times that one may violate Rabbinic prohibitions to avoid extreme embarrassment (Berachot ibid.)). However, such leniencies apply when there is a conflict by chance between one’s dignity and a Rabbinic prohibition. Here, the embarrassment is that one will scorn your halachically mandated morality. Therefore, even if many peers tragically rationalize or otherwise fail to keep this halacha, you must stand your ground and refuse to take part. It is similar to one whose friends invite him to eat (even Rabbinically) non-kosher food and will ridicule him if he refuses. We expect him to stick to his principles, as obligated.

We wish you hatzlacha in protecting yourself from the moral corrosiveness of cheating and from the barbs of those who cheat – but in the right way.