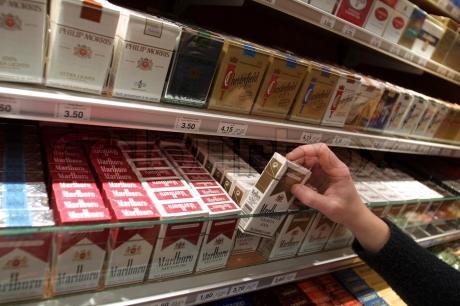 Buying Cigarettes for a Parent

Posted by: Gidon Rothstein in Posts, Responsa May 6, 16 0

R. Hayyim David Halevy doesn’t date the responsa in Aseh Lecha Rav, which should have put him out of the reach of our project, but they’re so clear, concise, and well-written, that I allow myself to cheat occasionally. My excuse is that he does often refer to the date of the questioner’s letter, so I use that. Aseh Lecha Rav 6;58, responding to a questioner of 29 Nisan, took up three issues, the central of which was whether a child could obey his father’s request to buy cigarettes.

Praying On the Temple Mount

Before he got to that, he briefly answered the questioner’s concerns with what was apparently a well-known position of R. Halevy’s, that Jews may and therefore should go to certain places on Har HaBayit, the Temple Mount, with just immersion in a mikveh. It was R. Halevy’s view that Jews should take advantage of that, if possible, and pray in those places.

He had made his position clear in Aseh Lecha Rav 6;82, where he had answered the objection this questioner also raised, that people would mistreat the holy site as they do the Kotel. R. Halevy disputes the assessment of conduct at the Kotel; in his view, people who go there—even nonobservant tourists—act respectfully and properly.

Another worry was that people would go past where allowed. R. Halevy points out that the people who would do that are generally those who already do that, so that promoting praying in the permitted places would not affect them one way or the other.

It’s also true that a worry about possible transgression does not lead us to refrain from acting that way, at least regarding the Beit HaMikdash. R. Halevy points out that when Hazal were bothered by how people acted during festivities at the Temple, they instituted a mechitza, not refrained from having those celebrations. [He doesn’t make an issue of it, but this is a particularly good support for his position, as the Gemara is clear that Hazal’s first attempt to solve the problem did not, in fact, solve the problem. Yet they didn’t stop or discourage attendance at the celebrations in question, they kept trying to find an ordinance that would work.]

Therefore, he is firm that if we merit being a generation that has the right to pray there [I think his implication here is that we shouldn’t act against the law to pray on the Temple Mount, but hope that times and the law change such that it becomes allowed], we should make sure to hold regular prayers there.

Disobeying a Parent Who Is Acting Wrongly

It’s a short responsum, the bulk of which is taken up with whether the man can buy his father cigarettes. Both questioner and respondent take for granted that smoking is prohibited, a violation of Devarim 4;15, ve-nishmartem me’od le-nafshoteichem, you shall take great care with your souls (physical and spiritual). Once that’s true, helping his father violate the Torah seemed a problem of lifnei iver, placing a stumbling block before the blind.

R. Halevy gently corrects that misimpression, noting that lifnei iver applies only when the sinner could not otherwise access that sin. Since the father can secure cigarettes without the son, it’s not lifnei iver to give them to him. However, as Tosafot point out in a couple of places (and as R. Halevy himself had noted, Aseh Lecha Rav 2;70), there is a Rabbinic prohibition, known as mesaye’a, helping, that says we cannot foster others’ lack of observance, even if they could do it without us [this has many, many ramifications; R. Shlomo Zalman Auerbach ruled that we are allowed to give food to a nonobservant Jew despite knowing s/he will not make a bracha, but that wasn’t obvious, because of this halachah.].

Handing in Assignments Likely To Be Marked on Shabbat

That earlier discussion had been about whether one could attend a school where the teachers marked papers on Shabbat. R. Halevy noted significant dispute about the particulars of these prohibitions, which he could not review in an answer to a question on a radio program [what a country, where there are radio programs dedicated to taking and answering callers’ halachic questions!], but it would seem to be a kind of mesaye’a, the observant Jew fostering a nonobservant Jew’s nonobservance.

That’s true, he notes, even for a Jew who has totally left the religion; for all that the religion doesn’t matter to him or her, it matters to us, and we’re not allowed to create situations of nonobservance by that Jew.

In the paper-marking case, there was an easy out, because the student is not required to assume the papers would be marked on Shabbat [the case isn’t laid out, but even in the hardest situation, where the student hands in the assignment on Friday, even afternoon, and it’s returned Sunday morning, there’s still time before and after Sahbbat for the teacher to have marked the papers]. In addition, some authorities did hold that mesaye’a is only a problem with a nonobservant Jew if the act was prohibited at the moment of the observant Jew’s help (if handing in the assignment would at that moment cause the nonobservant Jew to violate halachah. Any more distance between the observant Jew’s act and the sin would absolve that Jew of any mesaye’a worries).

For that reason, he permitted attending this educational institution.

Back to the Cigarettes

Assuming the father wasn’t going to give up cigarettes anytime soon (although R. Halevy did pray for that eventuality, in the general terms that Hashem should, he hoped, help all of us where and how we need to improve our ways to better serve Him), it is Rabbinically prohibited to buy the cigarettes. That’s because our obligation to listen to parents does not allow us to violate even Rabbinic rules (we might have thought that the Biblical obligation to honor them pushes aside the Rabbinic one, but Rambam and Yoreh Deah 240;15 make clear that that’s not true).

Beit Lechem Yehudah mentioned a case similar to ours. Doctors had ordered an ill man not to drink water or eat a certain food. The father asked the son for that food, warning he’d never forgive him, in this world or the next, if he didn’t do it. Nonetheless, the son was not required to listen to him [the implication is that the son may not listen to him].

Despite that being where the father was already ill, R. Halevy does not see any difference, since all doctors agree that smoking is dangerous. [I could see room to question this last, since each act of smoking isn’t sufficiently dangerous to necessarily qualify as a full violation of ve-nishmartem—overeating certain kinds of foods is also dangerous, but that doesn’t make each act of eating a violation of ve-nishmartem; I could imagine one arguing that smoking regularly violates the prohibition, leaving room for the son to say that this particular incident of giving his father cigarettes would not itself violate the Torah].

That means there’s more to this than not buying the cigarettes; R. Halevy thinks the son must remonstrate with his father each time he sees him smoking, in the respectful way Yoreh De’ah 240;11 codifies doing so for a parent—by wondering, aloud, whether the Torah doesn’t say x,whatever it is that the parent is violating. It cannot be the child warning the parent, as that is disrespectful. It has to be mentioning the prohibition in a questioning way, wondering what the parent says about this issue.

[R. Halevy doesn’t mention it, but Aruch haShulchan Yoreh De’ah 240;33 assumes this refers to a parent who doesn’t know s/he is violating the Torah, and adds that a parent who knowingly and willfully does so no longer has the right to respect. For the middle case, a parent who hasn’t rejected observance but doesn’t act properly, Aruch haShulchan’s recommendation is to stay away—since there’s no way to respectfully remonstrate, as the parent isn’t interested, but it’s prohibited to go any further with this sinner than that, it’s best to avoid the situation].

R. Halevy gives short shrift to the last of the questions, whether it’s necessary to have separate toothbrushes for meat and milk. He sees no reason to, as the only worries that would support doing so are too far-fetched to carry much weight. A reminder that we’re not required to forestall all possible issues in halachah, only those that are likely enough to justify being a worry.

In the world of possible worries, R. Halevy does not do so for avoiding mistreatment of the Temple Mount or for separate toothbrushes but does do so in terms of being an agent of parents’ violating the Torah, in this case by ruining their health by smoking.