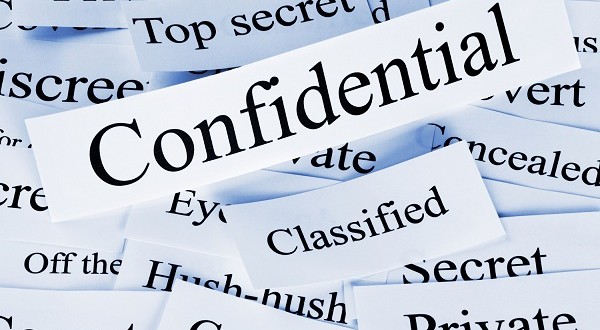 13 Iyyar: Tzitz Eliezer on Breaking Doctor/Patient Confidentiality, Burying an Excised Eye Now or Later, and Whether a Fetus is Alive

One of the topic areas Tzitz Eliezer sort of specialized in was medical halachah (that’s not to take away from his general expertise, it’s that his role as halachic decisor for Shaare Zedek Medical Center led him to encounter many medical questions). Tzitz Eliezer 15;13 is a response to several questions by an opthalmologist in Bnei Brak.

Reporting a Driver with Defective Eyesight

The first was whether a doctor was obligated to report a patient to the authorities, if that patient’s eyesight issues meant s/he should not be driving. The doctor believed the patient’s difficulties—split or narrowed field of vision, poor night vision, and colorblindness were examples mentioned in the responsum–could cause accidents. Did he need to tell the Dept. of Motor Vehicles, the army, and/or the person’s employer, violating doctor/patient confidentiality?

Part of the calculus is that the patient will suffer from word getting out, financially and perhaps socially [the responsum doesn’t clarify, but let’s say the patient is unmarried; this might affect his/her prospects].

Also, does the answer change if the patient asks the doctor not to tell anyone, and promises not to drive, but the doctor is not convinced?

Tzitz Eliezer held that the doctor did need to inform any and all of those people—and to volunteer that information, not just wait to be called to testify– to the extent that he was not sure the patient would refrain from driving.

Protecting Others from Loss

The Hippocratic oath, he wrote, cannot prevent fulfilling the Torah obligation to safeguard others’ safety (the verse that prohibits standing over our brothers’ blood is understood by halachah to mean that we are required to do what we can to keep others safe); he was also unconvinced that the Hippocratic oath itself meant to require keeping such a confidence.

He adds that he saw in Pitchei Teshuva to Shulchan Aruch Orach Chaim 156 that while many others worry about people telling lashon hara, slandering others, more often people err the other way, not speaking up when they should, to save those who are being misled into loss. This is true in monetary situations, where people fail to share vital information to avoid a financial loss (which must be done even if it involves revealing negative information about someone else). It’s also true when setting people up, where leaving out negative information can lead the other party to be misled into a marriage that will then break down (or trap someone in a terrible marriage).

In all these situations, revealing the information is not lashon hara, it’s protecting a fellow Jew.

As even more direct support, he cited Chelkat Ya’akov [a mid-20th century posek] 3;136, where a young man had a cancer the doctors expected would be fatal within two years. The man and his family did not yet know the diagnosis [I don’t know how this happened], and he got engaged. The question was whether the doctor may or must tell the young woman, who would then certainly not marry him [an interesting assumption; I’m not sure it’s still true].

Chelkat Ya’akov responsed that, yes, the doctor had to tell her, which he extrapolated from Rambam and Shulchan Aruch’s obligating Jews to help other Jews avoid any kinds of loss coming their way. The woman is about to be put into a significantly distressing situation, and the doctor is obligated to help her avoid it, if possible.

The second question was what to do with an eye that has been removed from a patient. Tzitz Eliezer rules that it (and all amputated body parts) has to be buried. He then adds that this should not be understood as his supporting organ transplantation (including of eyes), as he’s written elsewhere. Since that’s not a significant part of this responsum, we’ll leave it for another time.

Building off of that, the next question is whether a doctor or school could refrain from burying an eye or other body part, to use it or parts of it for instructing students. Tzitz Eliezer allows it, with the additional caution that once it was no longer needed, it had to be buried with proper respect, not just tossed away (as he had discussed at length in 10;25, section 8).

As a postscript, Tzitz Eliezer brings up his earlier ruling (14;102) that a fetus is not considered a separate life [R. Lichtenstein, in contrast, held that once the fetus reaches viability, killing it is plausibly murder; I think R. Moshe Feinstein did as well]. That means that abortion is not murder, which can allow for some leniencies (in 14;100, he allowed aborting a Tay-Sachs baby, perhaps his most famous halachic position). [I hope those of you who have been reading with me for awhile now will see the irony in that—a man whose halachic life and writings were extraordinarily rich being pigeonholed into the man who allowed aborting Tay-Sachs babies].

He had, since those rulings, seen two earlier decisors, from the generation before his, who made also assumed that a fetus is not a full-fledged life, such that killing it is not murder [that doesn’t mean there aren’t other issues, just that it’s not murder; ]. One had to do with a woman’s right to eat what she felt she needed, regardless of whether it might damage her baby.

While Rambam puzzlingly ruled she could eat that way even while nursing—which is odd, since why should the mother be allowed to eat that which will endanger her live infant?–Mohari”m had argued that that part of the statement referred to when she was pregnant. For him, Rambam’s point was that she could take care of herself even at possible risk to the fetus, since the fetus is not yet considered a full life [that could have significant other ramifications for how women are or are not allowed/required to act during pregnancy, but that’s not Tzitz Eliezer’s current issue; his only point is that Moharim agreed with him about whether a fetus is thought of as a full life].

The second example started from a similar Rambam, which records the Rabbinic prohibition against pregnant or nursing women marrying. To explain why a nursing woman couldn’t, Rambam spoke of the possibility that her marital relations with the new husband would hurt the fetus. As Kessef Mishneh and others points out, the Gemara rejected that explanation.

Shu”t Tiferet Yosef (written by R. Yosef Chanania Lipa Meizels, a 19th century authority) suggested that Rambam was worried that the new husband would deliberately damage the fetus, to avoid having to pay for a nursemaid (since the “real” reason she cannot remarry is that if she gets pregnant again with the new husband, her milk will dry up; if she’s not yet nursing the baby she’s now only pregnant with, the new husband could solve the problem with a nursemaid).

The problem is that we worry he won’t want to pay for a nursemaid, and will find a way to cause a miscarriage. R. Meizels thinks that’s only a possibility while she’s pregnant, not when she already had the baby. Since a fetus isn’t a full life, it’s not murder to cause an abortion, so the new husband will allow himself to commit such a crime. With a live child, the new husband would never contemplate such an act.

Although he spoke of two 19th century rabbis he’d found, he now notes that R. Shlomo Kluger also gave priority to the mother’s pain over the fetus’ pain and even life, because the fetus doesn’t have chazakah de-hiyuta, the status of a living being. To Tzitz Eliezer, that’s pointing to the same idea, that a fetus is not yet considered fully alive, halachically, which affects how we rule on cases of conflict between the mother’s interests and the fetus’.

Really, then, he’s given us several halachic positions to consider: how protecting others from loss can outweigh privacy commitments, the need to bury body parts, removed for whatever reason, the permissibility of holding on to body parts to train medical students, and more confirmation for his sense that a fetus has some status in halachah, but is not a full life, with all that ensues from that conclusion.