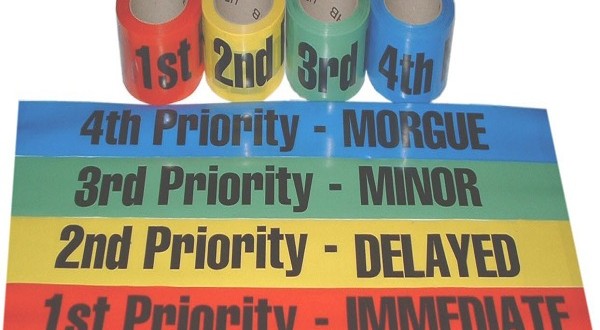 Priorities and Obligations in Treating the Ill 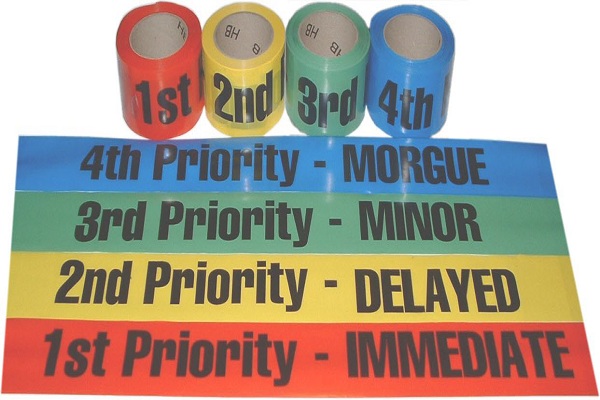 23 Adar II: R. Moshe Feinstein on Priorities and Obligations in Treating the Ill

Iggerot Moshe Choshen Mishpat 2;74, from the 23rd of  Adar Sheni in 5744 (1984) is a follow up to a previous responsum written to two doctors [one of whom was in Gush with me], about when to treat patients, as well as whom to prioritize. Just reviewing the clarifications will take up all the space we have here.

No Need To Extend Suffering

The first point, which R. Feinstein found obvious but his questioner—R. Shalom Tendler, brother to R. Feinstein’s son-in-law— did not is that if doctors have neither a cure nor a way to ease the patient’s suffering, they need not act to briefly extend life. He proves this from the passing of Rebbe, R. Yehudah HaNasi.

On that day, Ketubbot 104a tells us that Torah scholars were successfully praying to keep him alive, without being able to secure a lessening of his suffering. His maid prayed to release him of his pain [by passing away]. Seeing that she was unsuccessful, she found a way to interrupt the Torah scholars’ prayers, letting Rebbe go.

The implication of the Gemara is that she acted correctly, and Ran to Nedarim saw it as support for his view that it’s sometimes permitted to pray for someone’s death. R. Feinstein is not willing to go that far, but does see it as showing doctors should not extend a life of suffering.

Rema, Yoreh Deah 339;1 requires removing a barrier to a dying person’s death. The case is not one we would apply directly today—the noise of wood being chopped, or salt on the tongue of the patient was seen as irritating the dying person in a way that prevented death—but the point still does: actions that only stop dying, not foster life, should not be takem.

That must be only where the patient is suffering, R. Feinstein says; otherwise, what possible reason would we have to hasten someone’s death, even by removing a barrier to it? Rema’s point was that removing a barrier, however we define that, is not killing the person; but the only reason to remove it is because the life is overwhelmed by unrelievable suffering. R. Feinstein takes it that one step further, that there is no obligation to sustain life when it’s all pain and suffering.

One exception is if the extension will allow for the arrival of a more expert doctor, who might know of an actual cure. If that’s a possibility, doctors should treat the patient even if s/he initially does not want them to. R. Feinstein originally speaks of treating even against the patient’s will, but then clarifies that he means working hard to persuade the patient. A running theme in the responsum is that ignoring the patient’s will creates psychological repercussions that are themselves a danger.

That same concern with the patient’s sense of him/herself leads R. Feinstein to say that we should treat a patient who wants it, even in the original case, where the treatment cannot cure the patient or ease his/her suffering. Chazal created a new mode of acquisition of property to calm the mind of a shechiv mera, a person dying of a current illness, because the patient’s sense of him/herself is itself an important factor in possible recovery.

If that’s true, R. Feinstein reasons, clearly we would do a medical procedure to ease the patient’s mind as well, even though it’s only going to briefly extend a painful life [R. Feinstein does not raise the question of how society should deal with, and afford the cost of, millions of people asking for futile procedures, so neither will we].

R. Feinstein agrees [it’s clear from the answer that R. Tendler thought R. Feinstein had been too quick to abandon medical treatment] that we have to consult as widely as we can before deciding there’s no hope, even with putatively less qualified doctors. This is especially so since it’s hard to define expertise exactly. Besides, healing is a personal relationship—one patient might find one doctor a source of healing, and a different one another doctor.

R. Feinstein dismisses R. Tendler’s worry that accepting a quality of life standard would lead some to think there’s no need to treat the insane, mentally handicapped, or seriously injured in a car accident. To him, it’s clear to anyone sensitive to halachah that we have to heal everyone regardless of their wisdom or soundness of mind.

Nor can our judgment of quality of life (other than the one case of life that cannot be extended and is full of suffering) affect prioritizing care. R. Feinstein’s basic view is that care has to be administered first come, first served. One exception is that if a later arriving patient is more seriously ill, and delay will not harm the earlier one, we would treat the later earlier.

A Long Extension of a Painful Life

R. Feinstein notes that even a patient dying of one illness would have to be treated for a more immediately life-threatening concern that arose. Curing the second problem will not help the first, but it’s obvious that we deal with it, because people want to be healed, even of illnesses that do not cause any pain.

He takes that an interesting and perhaps questionable step further, that even if this patient claims not to want to be healed, general opinion is so overwhelmingly in favor of healing that we would not take this patient’s claim into account.  Although, as before, if the first illness is causing suffering severe enough, it’s possible we can allow this second illness to run its course [a classic example would be a dying patient who contracted pneumonia; while the latter is easily treatable, it also produces a relatively gentle death. For those already suffering unremitting and untreatable pain from a terminal illness, R. Feinstein seems to me to be implying, there’s room to allow refraining from treating the pneumonia or other such condition.]

He brought that up in the context of considering whether we should extend lives of great pain when we can extend them long-term, even to a full life span. He seems to think it has to be dealt with case by case, in consultation with the person who is ill or, for a minor, the parents or other involved relatives [meaning, I think, there are conditions we are obligated to live with, even without helping the pain, and there is pain where it is acceptable to turn down extending life, and the line between the two cannot be articulated a priori].

This reference to relatives is one of a couple of times that R. Feinstein notes that since they are going to have to care for this patient, they also have some input into these decisions. They’re also the ones who have to help find the best doctors—any decision on a further course of action can only come after canvassing current medical opinion for realistic options. And if the family doesn’t have the money, local charities have to support the endeavor of finding doctors and cures, and paying the costs of those.

[This seems more complicated today, both because of health insurance and the proliferation of medical views—what counts as a proper and reasonable search for options, or as a viable option, is a delicate question. I know people who have spent tens and hundreds of thousands of dollars on failed medical treatment and then expected charitable donations to cover those costs. It’s a thorny issue, and R. Feinstein does not, here, deal with it in detail].

The earlier responsum required giving oxygen to a terminal patient, since not being able to breathe is a particularly acute form of suffering. R. Tendler asked about IV feeding thro when the patient gives no signs of hunger. R. Feinstein answers yes, because nutrition clearly strengthens the patient, even if the attending medical staff or relatives cannot see it.

But R. Feinstein opposes literal force feeding, especially if the patient feels the food isn’t good for his or her health, no matter what the doctors say.  Once again, the patient’s mental health is an important part of the puzzle. However, he allows doing it without the patient’s knowing it, of the doctor is expert enough that we are confident of his/her judgment.

With all that’s been said, where an expert is confident that a certain course of treatment, surgical or medicinal, will succeed, the patient is obligated to undergo it [the general requirement to accept medical care is a corollary of our belief that Hashem loans us our bodies, not gifts them to do with as we wish]. The patient does have the right to risk his/her life on a procedure that might lengthen life if successful.

We might try to dissuade the patient, but ignoring his/her wishes might give the impression that the relatives don’t care about the patient anymore. That sense itself, R. Feinstein holds, could be more damaging than the procedure.

The one case where R. Feinstein demands real coercion is where the patient wants to forego life-saving treatment because it will leave him/her permanently disfigured. Even if we have to strap the patient down, even if the patient’s mental health will be compromised, insanity is better than death [any viewers of the TV show House out there?].

These are some of the factors to weigh in difficult medical decisions: our obligation to do what we can to maintain or restore our health, unremitting pain, the patient’s sense of others’ concern with his/her welfare, the likelihood of success, and many others. Which is why R. Feinstein several times notes that these decisions have to be made individually, finding the right way to bring all the factors together to the best result for the patient.