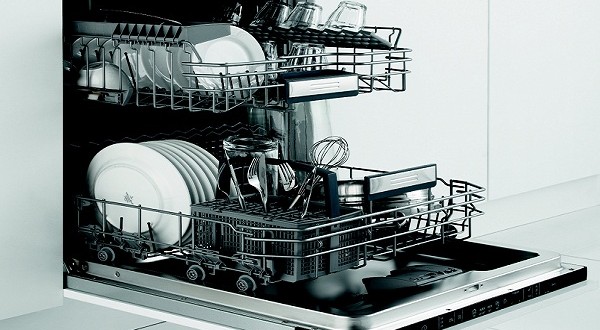 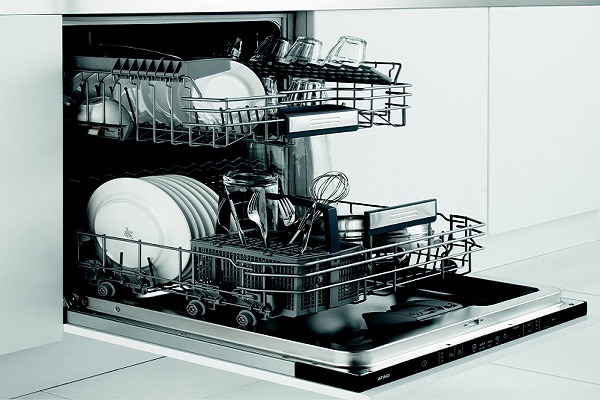 RH Nisan: R. Pinchas Zvichi on Having Only One Dishwasher

R. Pinchas Zvichi is a graduate of Yeshivat Chazon Ovadyah, an institute to train rabbinic judges founded by the current Sefardi Chief Rabbi, R. Yitzchak Yosef. R. Zvichi was born in 1960, making him fairly young for a posek, a rabbinic decisor, yet his renown is such that the first three volumes of his Responsa Ateret Paz were included in the 2015 Bar-Ilan CD (a fourth volume has since appeared).

In Ateret Paz 1;2, dated to Rosh Chodesh Nisan 5741 (1981), when he was twenty-one years old, R. Zvichi was asked whether meat and milk dishes could be cleaned in the same dishwasher cycle. His lenient answer works only for Sefaradim, but gives us a chance to review basic kashrut issues that apply elsewhere as well.

He starts with the technicalities. People put dishes in a dishwasher without rinsing off all the pieces of food, and then very hot water pours into the machine, mixing immediately (this is a key issue, and is not true of dishwashers I know) with strong soap. Once the food has been completely washed off, the machine again brings in clean hot water, with no soap, to wash the dishes again.

The first question he raises is nat bar nat, “nat” being an acronym for noten ta’am, giving taste. Nat bar nat is where the taste has already been transferred twice (such as into a pot, and then from the pot to another food item). Chullin 111b reports a dispute between Rav and Shmuel as to whether such removed taste can create a prohibition; their example was a fish heated in a meat pot being eaten with a milk item; the fish only has taste absorbed from the pot, and that’s what will interact with the milk item. The conclusion of the Gemara seems to be that since that taste is nat bar nat, two steps removed from the original meat, there’s no prohibition.

Ba’al HaTerumah, cited by Tosafot, held that this leniency does not allow washing milk and meat dishes together in hot water, because the water absorbs taste from both, creating the taste of mixed meat and milk, which then goes back into the dishes. Ran cites many others who disagreed, because the taste goes into the dish, from the dish into the water, and only then would mix with the other taste. They argued that that was too far to create a prohibited taste.

Shulchan Aruch Yoreh Deah 95;3 accepts that lenient view, even for dishes used that day (taste over a day old is considered lifgam, as we’ll discuss below), as long as there was no remnant of actual food or oil (because then it’s be-ein, the actual food item). If there was some left over be-ein, it would take sixty times that amount of food for the water to be mevatel, nullify or overwhelm it.

Rema records the stringent opinion, that even without food remnants, this is only allowed if one of the kinds of dishes was no longer benei yoman, having been used that day. Ashkenazic Jews, in other words, cannot rely on this leniency.

In dishwasher cases, though, even Shulchan Aruch’s leniency doesn’t generally apply, since there usually is some food residue on the plates, and it’s not always clear that the dishwasher holds sixty times the water to nullify the food (even if that were allowed, which is a question of its own).

A different avenue of leniency comes from the next paragraph in Shulchan Aruch (95;4), which says that putting ashes in the water takes away the problem of the food remnants, since any taste that might be created would be lifgam, bad or negative taste (because of the ashes), and ta’am lifgam, degraded taste, does not create a prohibition.

Later authorities disagreed. Shach noted that no other authorities mentioned this leniency, and that it would have offered a simple answer to a problem that Tosafot Chullin 110b raised, how to kasher a large pot according to those who held chaticha na’aset nevelah¸ that when prohibitions transfer into new items, those items become fully prohibited, like the original item. This was a pot that wouldn’t fit in any other pot, and boiling water in it wouldn’t work, because each part of the water that absorbs some of the taste becomes prohibited, rendering the water next to it prohibited, and so on. If putting ashes in the water would have worked, why didn’t Tosafot say that?

Taz had another problematic source, a Maharil that prohibited using the pots which had been used to prepare water for washing hair. That process generally used ashes from non-Jewish stoves, Maharil noted, where meat and milk were mixed together. But if Shulchan Aruch is right, the ashes create only a degraded taste, so why is that a problem?

R. Zvichi notes possible answers to these questions. For an example that covers both Shach and Taz’s questions, Chatam Sofer Chullin 100b argued that the ashes work to prevent a prohibition being created—when milk and meat taste have not yet mixed, ashes will mean that no taste of basar be-chalav, mixed meat and milk, can be created. In both Shach and Taz’s cases, the prohibition had already been created; ashes would do nothing to prevent its transfer.

After discussing some other views, he prefers that of R. Ovadya Yosef, in Yabia Omer 6 Yoreh Deah 10;4, that distinguished between the lifgam, the degradation of taste, of twenty-four hours having passed and the degradation of having been mixed with ashes. In the first case, since the taste started out well, the ashes solution isn’t a valid choice except after the fact. But in the dishwashing case, the ashes were there before any taste could be created; the lifgam mean no valid taste of prohibition is ever created, and Shulchan Aruch had in fact required that the ashes be there before the dishes hit the water.

As added support, R. Zvichi points out that Peri Megadim, in his introduction to the laws of meat mixed with milk, had ruled that where something will prevent a mix of meat and milk from producing a good taste, it is even permitted to cook them together, since the Torah only prohibited cooking meat and milk in the usual way, not where it will produce a bad or degraded taste. That should apply to Shulchan Aruch’s case as well, since the ashes mean that the meat and milk will never cook in the ordinary way of looking for good taste.

Soap functions exactly like the ashes, which should allow the mixed-dishes dishwasher.

Given R. Zvichi’s reasoning so far, R. Moshe Feinstein’s contrary ruling (Iggerot Moshe Yoreh De’ah 2;25-29) is a problem. R. Feinstein had required washing each kind of dishes in its own cycle, with different racks, lest some remnant of one kind of food reamin on the rack and render the next set of dishes prohibited.

R. Zvichi offers ways to avoid disagreeing flat-out with R. Feinstein. First, he says a careful reading of Iggerot Moshe shows that he was referring to a machine washed with hot water only, not soap or other taste-ruining material. Second, he was dealing with machines that put the hot water in before the soap mixed in, allowing for the absorption of the prohibited taste into the walls of the dishwasher (even if they haven’t yet transferred from one kind of dish to the other); once it was absorbed as prohibited taste, later soap or other degraders wouldn’t help. Or, finally, R. Feinstein might have felt that the industrial dishwashers he was discussing held too much water for the soap to have an impact on the taste (an inference upheld by a later responsum in which R. Feinstein explicitly said so).

From all that, R. Zvichi says that there should be no problem, even without changing racks, if we wash only one kind of dishes at a time, wait twenty-four hours before using it for the other kind (since some authorities hold that that leads to degrading of taste even in be-ein food), and add soap into the dishwasher before or with the water. That’s especially true if the food wasn’t itself meat or milk but had contained meat or milk (like a cholent where there are no meat pieces left). Aruch HaShulchan had ruled that since such foods had so little meat to begin with, the foods themselves might be considered nat bar nat.

R. Zvichi raises and then rejects a stringency suggested by Rema (that we treat the ze’ah, the steam that rises off of an item as more effective at transferring prohibitions even than taste), first because Rema himself said it was a needless stringency; second, because in any stringency, we only follow it if people have accepted it upon themselves, and Sefaradim never did; and, third—for those planning on washing only glass items—glass does not absorb or exude at all, as R. Ovadya Yosef ruled. In fact, R. Yosef held that glasses do not need to be koshered for Pesach at all, just washed and wiped.

After these ideas were published, and R. Ovadya Yosef publicly agreed with them, a certain institute contacted them to say that they’d tested the remnants of such food remnants from dishwashers and found them raui le-achilat kelev, food a dog would still eat. This is the minimal standard in halachah to qualify as food, and should mean that it retains its prohibited status, and its ability to transfer prohibited taste.

R. Zvichi’s first response is that that’s not how the earlier authorities saw it. That would seem to mean that he feels comfortable rejecting experimental evidence based on tradition, but he does not carry through on that. Instead, he denies that the experiments reflect what happens in the dishwashers he knows. In most dishwashers and soaps, the food is destroyed beyond all recognition; some soaps, he points out, are so potent that people are warned not to allow them to touch their skin. Certainly such soaps make the food completely inedible [he doesn’t say it, but it may be that he understands “fit for a dog” differently than they did].

He does accept that the institute’s findings mean that each dishwasher has to be checked, to be sure that once it’s done cleaning it has rendered the food completely inedible. Even so, he clearly did not think that would be a general concern.

As I said at the outset, this is a responsum Sefaradim could follow, not Ashkenazim. It is a fine example, however, of seeing room for leniency in a world that tends toward stringency, and that sees how the creation of the prohibition of basar be-chalav can, sometimes and according to some authorities, be prevented, allowing the avoidance of one of the expenses that has become part of a modern kosher kitchen, the second dishwasher.