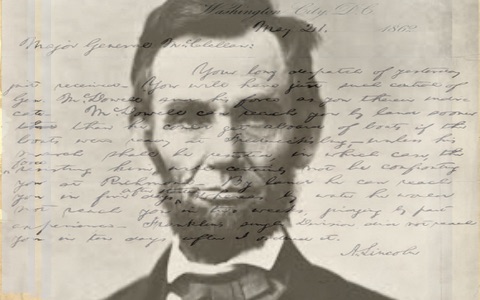 When Abraham Lincoln was angry, he would write a “hot letter” full of his emotions and then file it away, labeled “never sent, never signed.” This seems like an important method of venting, expressing your anger, without damaging any individuals or relationships. What does halakhah say about writing an unsent angry letter? Since your letter contains lashon ha-ra, gossip, are you allowed to write it? Keeping a diary achieves a similar purpose, allowing you to express your anger privately. Is it permissible? [1]A reader pointed out the following advice in Rav Kalonymus Shapira’s Chovas HaTalmidim (ch. 9, p. 205): “You want to clear that hatred from your heart but aren’t managing to do … Continue reading

It seems that the prohibition of saying lashon ha-ra only applies in front of other people. Chafetz Chaim (1:2:1) states: “It is forbidden to say lashon ha-ra on your friend, even if it is true, even in front of one individual, and even more so in front of many.” It sounds like you may say it if there is no one who can hear it. However, if you write it and then someone reads it, you have transferred the information. Would the prohibition then apply when the other person reads it? If the author left the paper and then someone later found it, would the author violate the prohibition retroactively? The Dirshu edition of Chafetz Chaim (published 2015; 1:1:8 n. 35) quotes from the Nesivos Chaim (ad loc., no. 10) that, indeed, an author only violates the prohibition when someone reads the gossip. It further quotes the Shi’urei Iyun that if the writer has since deceased, he still receives the sin. Lincoln kept his letters, which were later found after his death. Had he burned them, or deleted the draft e-mail, he would not face any potential lashon ha-ra problem.

However, venting is a valid permission to say lashon ha-ra. Chafetz Chaim (1:10:14) lists the conditions that permit saying lashon ha-ra. The fifth condition is that you must have a constructive purpose, which is the primary condition of them all. In an unnumbered footnote, he adds that if your intention is to calm worry in your heart, that also constitutes a constructive purpose. However, he points out that all the other conditions must also be fulfilled.

Rav Binyamin Cohen (Chelkas Binyamin, ad loc., n. 39) cites Sefer Chasidim (64) as the source for this ruling. Sefer Chasidim says that if someone comes to you to unload his heavy heart, it is a mitzvah for you to listen. Implicit in this mitzvah is that the other person is allowed to unload.

The very act of talking is productive as an emotional support. Accordingly, such in burdening of the mind should be permitted even if the listener is not likely to offer concrete advice. It seems that this justification is grounded not only in the productive benefit but also in that there is not intent to disparage the individual being discussed, but rather to provide therapeutic relief to the speaker. [2]Rav Feldman later adds: “A ‘venting license’ should not be taken as a free pass to widely disparage the source of one’s anger. Emotional unburdening should be accomplished … Continue reading

However, Rav Feldman points out (p. 105 n. 36) that “some studies indicate that ‘venting’ either keeps initial anger running longer…” This brings us to the next issue, bearing a grudge.

The Torah (Lev. 19:18) forbids taking revenge and bearing a grudge. The Dirshu edition of Chafetz Chaim (Lavin, n. 51) quotes an article in the journal Marpei Lashon (vol. 2, p. 64) that distinguishes between writing in a diary with anger and with introspection. If you write with anger, as if you are still pained by the injury, then you are bearing a forbidden grudge. However, if you write introspectively, reflecting on how you feel and how you can change, then you are not bearing a grudge but contemplating your attitudes. The latter is permissible. The article’s author states that Rav Shlomo Zalman Auerbach reviewed and agreed with the article.

Intent is crucial in this matter. Somewhat similarly, Rav Ya’akov Kamenetsky (Emes Le-Ya’akov, Orach Chaim 156 n. 182, cited by R. Feldman above) distinguishes between two types of venting. You are allowed to vent if you are upset that someone wronged you and was never adequately punished. However, you are not allowed to vent in order to publicize the wrongdoing as a punishment. If your goal is to spread the lashon ha-ra, then the venting is forbidden. Your intent must be constructive in some way.

If you write an angry letter and then destroy it, and you write to unburden yourself and/or look for ways to improve, then you are not violating the prohibitions of bearing a grudge and lashon ha-ra. Even if your intent is proper, you must try to minimize the damage. You may want to keep the letter for your own reference but you should be careful what happens to it.