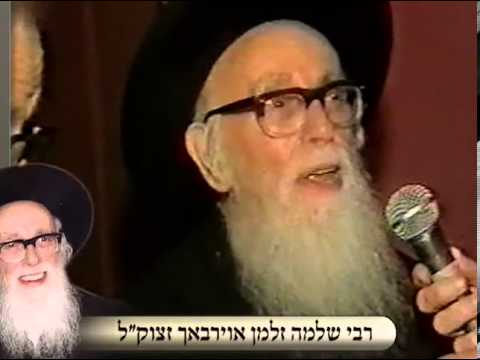 When mori ve-rabi R. Lichtenstein zt”l would speak about the finest the haredi world produced, R. Shlomo Zalman Auerbach was always at the top of his list. That someone who awed me so much evinced such clear awe of an older figure (with whom I never had meaningful contact) made R. Shlomo Zalman someone I always wanted to take the chance to get to know better, if opportunity arose.

R. Auerbach’s responsa, Minchat Shlomo, don’t come up often in my dated searches, so I try to use them when they do. In this instance, R. Auerbach’s question might seem theoretical, yet has important ramifications for how we view ours and others’ responsibility to adhere to the Torah’s values and ideals even when we or they might not have a specific obligation.

Minchat Shlomo Tinyana 82 is dated the eighth of Nisan (R. Auerbach also has one of the few responsa I found dated 14 Nisan, Erev Pesach; since he was a Rosh Yeshiva, I wonder whether Nisan was a more convenient time for him to write responsa, with the yeshiva on its Pesach break). He starts by pointing out that many have wondered whether lo tasur, the requirement to listen to the Sages, applies to minors. Ordinarily, we don’t think of minors as having to keep any mitzvot, other than those in which they’re being educated. Would that be true of this?

He starts with the interesting assertion that a child who has reached the age halachah deemed educable (eight or nine) may not violate any part of the Torah even where no one else will see—his examples are Shabbat, or wearing a four-cornered garment without tzitzit. There’s room to argue (as did Ramban and others) that when Chazal said children had to observe mitzvot once they were old enough were addressing the father and the court, not the child. If so, maybe the child him/herself doesn’t have to care about observance.

R. Auerbach assumes that once the child knows halachah gives the father the right even to hit him/her (and, perhaps, obligation—Makkot 8a says there’s value in a father disciplining even a child learning well), that makes clear that Hashem’s Will is that the child behave this way. Knowing that, R. Auerbach maintains, the child cannot but feel it incumbent to act as Hashem wants. The Torah and halachah didn’t formalize the requirement, but it’s there nevertheless.

The idea that minors are supposed to keep mitzvot even in the absence of a formal obligation helps answer a question Ran posed. Megillah 19b records a dispute between Chachamim and R. Yehudah as to whether a minor can read Megillah for others on Purim. Tosafot wondered about the age of the minor—if he is below the age of chinuch, of the requirement to educate, R. Yehudah’s view is puzzling, but if the child has reached educability, and is therefore obligated Rabbinically, why would Chachamim not see him as able to read for others?

Ramban’s answer was that in fact only the father is obligated, not the minor, but that R. Yehudah held that since children were part of the miracle, they are included in the Megillah enough to be able to read it for others. Ran objected that the idea of “they were part of the miracle” only applies to those already obligated in mitzvot, which minors aren’t.

R. Auerbach suggests that their having been saved as part of the miracle would explain why these minors should understand the need to thank Hashem for this salvation. That recognition was sufficient, Ramban might have held, for R. Yehudah to see them as able to read the Megillah for others.

Let’s pause to realize how radical this is: R. Auerbach is arguing that as long as we can identify a reality that someone ought to recognize, that can create obligations similar to those halachah imposes, with ramifications halachah itself would recognize. A minor’s knowledge that his/her father must discipline him/her to observance carries with it enough information that that minor ought to understand that s/he must observe halachah; having been part of the miracle of Purim created enough of an intuitive sense of gratitude to render that minor a partner with people more ordinarily obligated in the mitzvah.

It’s a huge and daring leap out of halachic formalism, where what we ought to understand can impose requirements on us.

Non-Jews Obligation to Accept the Opinions of Torah Scholars

With children, at least someone was already obligated to foster their growth in Torah and observance. R. Auerbach now extends this idea to non-Jews. Beyond specific Noahide laws, he assumes all non-Jews are obligated to accept the fact that the world was created for the Jewish people [he does not explain further: I think he might have meant only that the Jewish people set the tone for the world, not that we’re the central purpose of existence. To me, that’s the implication of his following comments].

Recognizing Jews’ role in Hashem’s world means recognizing that Torah scholars, and especially a consensus of Torah scholars, are our best way of knowing what Hashem wants us to do. That’s as true for non-Jews as for Jews, so that a decree by Torah scholars should sound to them as if they’ve been told the Will of Hashem.

Technical questions of lo tasur as a Biblical obligation aside, non-Jews have to listen to the Torah leaders of the Jewish people for this reason [that might be only when there’s a formal body of Torah scholars, debating and voting on their decisions]. Such powers should extend to confiscating money and making decrees, as it does for Jews.  Although in the non-Jews’ case, they’d be listening out of their own awareness that they are required to, not (again) a formal halachic obligation.

The Sages’ powers of coercion extend beyond enforcing the Noahide laws. R. Auerbach thinks that when Jews have sufficient power, it’s within Torah scholars’ rights to coerce non-Jews (like Jews) in whatever seems necessary, monetary or otherwise. That’s not to say that whatever Chazal thought was important for Jews implicitly obligate non-Jews as well.

For example, he says that Chazal required Jews to care about mar’it ayin, about the appearance of wrongdoing, when it comes to idolatry (requiring Jews to avoid the appearance of idolatry or related practices), but not non-Jews. In principle, though, anything that Chazal would say that did apply to non-Jews would be a matter those non-Jews should feel obligated to follow.

Others Who Thought Jews Did Not Have That Power

R. Auerbach’s correspondent had also referred to Shu”t Machaneh Chaim (by R. Chaim Sofer, son of a student of Chatam Sofer, but no relation) which questioned Mishneh Le-Melech’s statement that Jewish courts would coerce non-Jews to circumcise their children if they were obligated in that mitzvah [some Talmudic discussions suggest that some non-Jews might be obligated in circumcision]. Machaneh Chaim wondered who put Jews in charge of non-Jews. [Once again, Mishneh le-Melech assumes that they are, supporting R. Auerbach’s view].

Further support for his perspective comes from Maharsha, who held that a Jewish state operating according to halachah would coerce observance of any matter in which non-Jews are obligated, whether it’s formally one of the Noahide laws or not [obviously, this raises thorny issues of how much any halachic society does or does not coerce observance, for Jews and non-Jews alike; in the theoretical world of halachah, Maharsha is saying, whatever society would coerce Jews to keep mitzvot and non-Jews to keep the Noahide laws, would also require those non-Jews to observe whatever else Torah scholars decided was incumbent upon them.]

How Far Reaching This Is

I am well aware how often I observe my commitment not to comment on these responsa in the breach rather than in the observance, but here I don’t mean to comment, just to point out some implications of what R. Shlomo Zalman has said. He has assumed and asserted that anyone—Jew, non-Jew, adult, or child—who comes to understand that Hashem would want a certain course of action is by that very fact obligated to act that way. He likely believed that we can only come to understand such things about Hashem either by the words of prophets or of Torah scholars, but the principle is there.

While a specific statement in the Torah carries a greater weight than these kinds of realized duties, the latter are obligations nonetheless. Children who can infer from their parents’ having to teach them about the laws of Shabbat that that means they’re supposed to be keeping Shabbat are from that moment themselves obligated. Not because a formal obligation exists, but because the child’s understanding that that’s clearly how Hashem wants him/her to be acting. So too for a non-Jew.

Almost equally revolutionary, R. Auerbach believes non-Jews are required to understand and accept that the worldview Torah scholars articulate is the correct one. If the weight of opinion of Torah scholars says that x is true, non-Jews as well as Jews should be following that, even absent a codified requirement for them to obey Torah scholars. The truth, once said, obligates us all.

Two remarkable and far-reaching ideas, which take us away from law and into truth, to tell us that whatever law requires of us, truth requires even more.