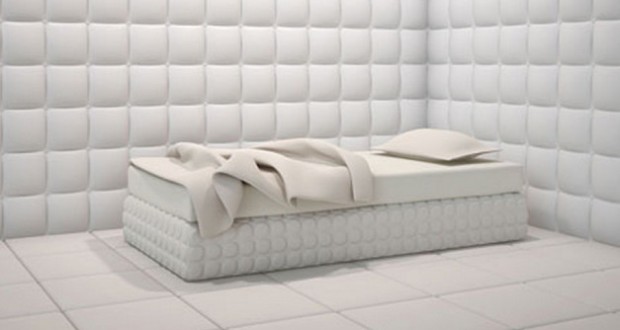 When A Wife Goes Crazy 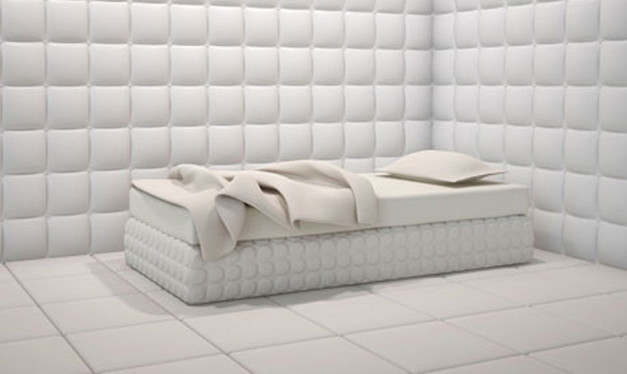 2 Adar II: Seridei Esh on a Husband Whose Wife Has Gone Insane

As we’ve seen before, it is halachically possible for a man to be stuck in a marriage, usually when the wife is no longer mentally competent to receive a get. Seridei Esh 1;95 deals with such a case, but the issue was monetary, not ritual: the practice in such cases was for the husband to leave all the money he owed the wife with the court (including, e.g. the ketubbah payment). Her the husband did not have the money.

The teshuvah is dated 2 Adar Bet, 5638 (1938), and R. Weinberg is still serving as the head of the Hildesheimer Rabbinical Seminary in Berlin (the Nazis yemach shemam closed it that year, and R. Weinberg fled Germany the following year, only to be later caught in the Warsaw Ghetto). It is an example of the odd way events work—as late as March 1938, there was still an active rabbinical school in Berlin!

The case was of a couple who married in Lodz in 5684 (1924), the wife had a daughter that year, and then, sadly, became insane (seriously enough to be hospitalized, the doctors despairing of healing her). The woman’s reliatves had committed to her financial care, using the proceeds of an inheritance from her father. The husband is supporting their daughter.

He also wants to remarry, both because being single is lonely and because he has not yet fulfilled the commandment to have children [he needed a boy in addition to their girl to fulfill the basic mitzvah].  His financial difficulties were less relevant than they might be, since her relatives were taking care of her. But the husband should have to pay the ketubbah and return whatever dowry her father gave him; he is too poor to pay the ketubbah and says there was no dowry.

Authorities Who Allow It

In closing the question, the writer (a R. Segel) notes authorities who do permit the husband to secure a heter me’ah rabbanim [formal permission to marry a second wife despite what’s known as cherem de-Rabbenu Gershom] without leaving the ketubbah payment with the court [making it a financial obligation for her to collect].

R. Weinberg expresses surprise at some of those rabbis having quoted Rosh in this context, since Rosh held that men can in general divorce their wives even without the money to pay off the ketubbah [which is particularly interesting, since Chazal instituted the ketubbah so that the monetary obligation would lead men to think twice before divorcing their wives; see below for how Seridei Esh understood Rosh to have dealt with this].

Rema quotes this view in Even HaEzer 119;6, so we might think that we can rule this way, and allow this particular husband to remarry even without leaving the wife’s ketubbah payment with the court. Rashba disagreed, however, as noted by Chelkat Mechokek and Beit Shemuel, which makes it unclear that we can rely on Rosh’s view in practice.

Beit Shemuel argued that where the husband has the Torah right to divorce her [such as here, where she cannot be a wife in any meaningful way], even Rashba might agree. Ein Yitzchak [R. Yitzchak Elchanan Spektor, a premier posek of mid-late 19th century Europe] had applied Beit Shemuel’s idea to another case of a woman who had become insane.

R. Weinberg is unsure of Ein Yitzchak’s application to insanity, since Beit Shemuel had spoken of where the woman had a clear and inescapable physical ailment. There, the husband has the right to divorce her and she has the capability and obligation to accept the get [as husbands are obligated to give gittin in any case where the wife has the right to exit the marriage]. That being so, the ketubbah payment becomes a financial obligation like any other.

A woman who’s not in her right mind has no obligation or capability to accept a get; in fact, halachah does not obligate the insane to do anything. We’re allowing the man to leave a get for her should she ever recover, and then to get married again. Halachah might only allow that if he has already made all the needed financial arrangements.

Seridei Esh then notes an oddity of this whole discussion. When we leave a get for such a woman, she’ll only actually accept it once she recovers her mental health. At that point, she’s not obligated to accept the get [since she now could be a partner in the marriage], and that puts us back in the situation where Rashba [contra Rosh] held that we would only allow the husband to leave a get for her if he also included the ketubbah payment.

Except that—Seridei Esh finally admits—we follow Rema, who ruled in accordance with Rosh and Rivash, that it’s generally permitted to divorce without having the money in hand to pay off the ketubbah. [Which should then mean that this husband can do so as well, leave a get for the deranged wife to take when she gets better, and they’ll work out the money at that time].

Another stumbling block is the discussion of mezonot, who’s going to feed a woman after a divorce in which the ketubbah has not been paid. As Beit Yitzchak [also by R. Yitzchak Elchanan Spektor] quoted in the name of Yeshu’ot Ya’akov, Rashba followed Rif in holding that a divorced husband no longer has to pay support, even if for some reason he has not yet paid the ketubbah.

Rosh, however, held that he has to continue paying support until the ketubbah is paid off; that’s why he was comfortable allowing the husband to wait to pay the ketubbah, since this, too, is a sufficient financial barrier to discourage men from rash divorce.

Beit Yitzchak and Yeshu’ot Ya’akov understood that to mean that we would not allow a poor man to divorce without the ketubbah payment, since we have no confidence he will be able to support her going forward.  In our case, since her relatives are going to support her, allowing him to leave a get for her without paying any money negates the original goal of the ketubbah.

Seridei Esh compliments the creativity of the idea, but isn’t sure it’s true. The simple reading of Rosh and Rivash is that they trusted the courts to enforce paying the ketubbah, giving it the same deterrent effect even if it’s not paid until later. The requirement to leave the ketubbah was to protect the woman, separate from the question of divorce being too easy.

Seridei Esh is also unsure whether her relatives’ guaranteeing her support changes the issue. One possibility is that the permission for him to deposit a get for her included the requirement that all of her financial considerations be taken care of, including the ketubbah. The other possibility is that, since her support is guaranteed and by the time she would receive this get she would be mentally competent, she could at that point take him to court for the ketubbah payment.

An idea that had been broached by Tzemach Tzedek was that the relatives could sell the ketubbah to the husband in return for a tovat hana’ah he held. [Tovat hana’ah refers to a right a person has which can lead to monetary value; a classic example is the choice of which kohen to give one’s terumah—the recipient of the terumah gets value, although the donor cannot himself benefit from the terumah. All the donor has is the tovat hana’ah, the goodwill s/he gets from giving it to this or that kohen. In this situation, it would be some power the husband had to choose as to who got a financial benefit].

Tzemach Tzedeck had assumed, however, that the profits from this right would support her. In the current case, that’s both not a concern, since the relatives are doing it, and not a solution, since the value of this man’s tovat hana’ah came nowhere close to his financial obligations to her. Moreover, Chatam Sofer doubted the whole idea, that transferring a tovat hana’ah [Seridei Esh notes that halachah isn’t clear as to whether we even think of tovat hana’ah as an economic good] can substitute for paying the ketubbah.

Nonetheless, enough authorities accepted the idea that R. Weinberg was willing to include it in his hierarchy of possibilities. That is, in his view, the husband should ideally leave the ketubbah payment, as is customary; if not, he should sell the relatives his tovat hana’ah rights, as the Tzemach Tzedek said. If neither of those are possible, there’s room to be lenient, based on those opinions that said he could delay ketubbah payment to when she came to collect it. In that latter situation, though, R. Weinberg thought he should have to leave a well-guaranteed promissory note [giving further strength to her claims for the money].

The last issue was the dowry, whose existence he denied. There’s no way he can sell it back to the relatives for any privileges he has, then, since he denies its existence. Instead, R. Weinberg says he should be required to take an oath committing to immediate payment of the dowry (as soon as he has the funds) if the wife recovers, and proves to a court’s satisfaction that he had in fact been given one.

Once he does all that, R. Weinberg is prepared to agree to a heter me’ah rabbanim for this man.

A fine example, to me, of halachah’s attempt and concern that all parties to a difficult situation be dealt with as fairly and productively as possible.