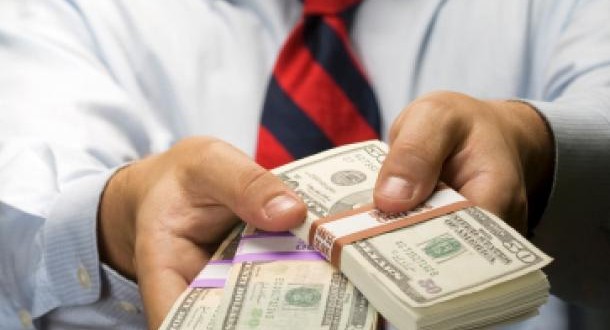 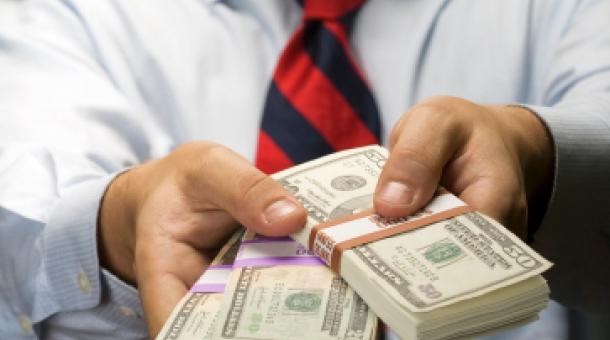 The question seems relatively mundane: a man says to give two hundred dinar [let’s say dollars, to make it easier] to the children of Shim’on, does he mean two hundred to each son, or to all of them? If he is no longer around, and his heirs are dealing with his estate, for example, you could have two sides arguing over what he meant, with real money at stake.

In Yabia Omer 8 Choshen Mishpat 5, R. Ovadya Yosef connects it to a general question about language: when a speaker says to do x act [plural] for y group [also plural] does it mean one for each, or that plural amount for all? That’s depends on how we understand Scripture as well as Chazal as well as people, and is therefore anything but mundane.

Dividing a Gift Given to Several People

Shulchan Aruch Choshen Misphat 253;24 rules that if a shechiv mera—a man in his final illness, who is dividing his possessions in his lifetime—says to give everything to so-and-so and his sons, half goes to the father and the other half is divided among the sons. That’s based on Baba Batra 143a, where R. Yehuda HaNasi interpreted the verse that gives thelechem hapanim, the show-bread, “le-Aharon u-levanav, to Aharon and his sons,” as meaning that half goes to Aharon and half to the sons. [Note that Shulchan Aruch has inferred from the language of the Torah to the language of the shechiv mera; that will come up again, but R. Yosef will not refer back to this example].

Chiddushei HaGershuni [R. Gershon Ashkenazi, Rabbi of Vienna, 1615-1693] brought up the case we opened with. Does saying to give two hundred dinar to a group mean to give that to each member of the group, or for them to divide that amount?

Examples to an Answer

Tosafot to Chagigah mention a Yerushalmi where R. Yochanan wonders whether someone deaf in one ear is obligated to go to Jerusalem for Hakhel [the once-every-seven years reading of the Torah to the assembled Jewish people]. Since the Torah referred to reading it be-ozneihem, in their ears, that could mean each person had to have two working ears, but it could mean that the people in general had to have ears, thus including even a person deaf in one ear.

In the Yerushalmi, R. Yose b. Bun relates this to a debate about whether the Torah’s saying to make kutanot, tunics, for the sons of Aharon meant two for each [kutanot is plural], as Rabbanan held, or one was fine, since multiple kutanot would have been made.

R. Ovadya Yosef notes that Chiddushei HaGershuni see this as a general debate—Rabbanan understand any reference to a group as applying to each member, where R. Yose thinks it can be for the group as a whole. In our two hundred dollar gift, Rabbanan would think it’s two hundred to each son, R. Yose two hundred to the group.

Since we follow Rabbanan in terms of Hakhel, that only a person with both ears functioning is obligated to attend, and also for the kutanot, it would seem to be two hundred to each son.

However, R. Yosef points to Megillah 7a, that Megillat Esther’s reference to mishloach manot ish le-reiehu, portions of food sent from a man to his friend, indicated two portions to one friend [minimum], whereas matanot la-evyonim, gifts to the poor [both words plural in Hebrew], meant two gifts to two people. Rashi there says that it is, however, only one gift to each poor person.

Peri Chadash wonders how Rashi knows. In Yoma 37a, he notes, the Gemara is clear that when the verse says that Aharon should place lots on the two goats on Yom Kippur, the verse had to say specifically “one lot for Hashem and one lot for Azazel.” Otherwise, we’d have understood that Aharon should place two lots on each [since goralot, lots, is plural].

Peri Chadash’s answer, which R. Yosef will spend much of the responsum investigating, is that la-evyonim matanot, which puts the poor first, would mean two for each. But matanot la-evyonim means two gifts total, and then tells us to whom to give them.

Accepting that logic would imply that someone who says “give 200 dollars to the sons of so and so” only meant to give two hundred total. It differs from the tunics case, because the verse put the recipients first, which opens the door to thinking that each son of Aharon should have plural kutanot [as if the verse had said, la-evyonim matanot, to the poor, gifts].

The Ten Commandments and Chalitza

Does this work for all examples? Yerushalmi Shekalim has a disagreement about whether the Ten Commandments were written on each of the two tablets (the view of Rabbanan), or five on each [as shuls and movies have it]. Since Devarim10;13 speaks of Aseret HaDevarim on the Tablets, R. Yosef thinks Peri Chadash’s idea should have led everyone to see that it meant five on each, like matanot la-evyonim.

R. Yosef resolves that problem by noting that 10;4 had already said that Hashem wrote on the tablets the Ten Devarim, putting the tablets first, letting Rabbanan say it was all ten on each.

More clearly at some odds with Peri Chadash was a debate among earlier authorities about whether a man blind in one eye can be part of the court for a chalitzah. The verse refers to the widow who is being freed from yibum marriage as approaching the putative levir le-einei ha-zekenim¸ before the eyes of the elders. Rabbenu Tam understood that the elders had to have eyes, not that each elder had to have two eyes. Ravyah and Maharam Mintz disqualified such a person, as Maharshal notes, so they must have disagreed with Peri Chadash’s idea.

Shu”t Besamim Rosh cast more explicit doubt on whether matanot la-evyonim proved what Peri Chadash had suggested. There, he noted, there is no way to give multiple gifts to each person, since it’s all money [it can be a bigger or smaller amount of money, but it’s all one gift]. That’s why it was clear that the plural was about the number of poor people to whom we had to give.

Or, a Difference Between the Yerushalmi and the Bavli

Turei Even thought the Bavli’s discussion of gifts to the poor on Purim accepted the view of R. Yose in the Yerushalmi. So, too, Chagigah obligated a man deaf in one ear to go to the Temple on the major holidays because it held like R. Yose. In his view, in other words, there is a general dispute about how to read such verses; while the Yerushalmi puts one view in the mouths of the Sages, which would imply that that’s who we follow, the Bavli assumes the position of R. Yose.

Malbim and Shu”t Sho’el u-Meshiv agree with Turei Even, which would mean that when a verse speaks of distributing multiple items among multiple recipients, it only means one per recipient.

R. Ovadya Yosef points out that that doesn’t explain the Torah’s need to specify that it was only one lot per goat on Yom Kippur. He leaves that as an open question

How Universal is Language?

One more problem for Peri Chadash’s view is Sukkah 51a, which refers to the lamps used to create light during the night-time celebrations of Simchat Beit HaShoeva. The Gemara says each of the candlelabras was fed by four receptacles of oil, and refers to young men who would fill those receptacles holding jugs with 120 log (about 10 gallons) of oil.

A page later, the Gemara wonders whether each lamp held that much or it was 120 log for all four; the Gemara then cites another source that says specifically the boys held jugs of 30 log, not 120 (so the 120 reference was to all the jugs going up to the receptacles of a particular light). According to Peri Chadash, the Mishnah should have made that clear, writing “jugs of oil of 120 log in the hands of four boys.” Since the boys came last, we’d have known the 120 log were to be divided amongst all of them.

The only answer R. Yosef comes up with is based on Chullin 137b, which says that the language of Tanach is different than the language of the Sages, so that the rules of how to interpret verses aren’t the same as the rules for how to interpret Mishnah. Chida had made the same point about another Mishnah [although, as I noted at the outset, the opening ruling ofShulchan Aruch, about the deathbed division of assets, did not use that distinction; it relied on a verse to interpret theshechiv mera’s statement].

It means that this whole discussion does not offer proof one way or the other for the gift case we started with. That being true, two hundred dinar should be given to the sons for them to divide, since it’s up to them to prove that the person who said to give it to them meant more than that.

As I said earlier, the issue at hand is about money and therefore relatively mundane. Along the way, we were taught about the vagaries of language, Scriptural and Rabbinic, and what inferences to draw from what order of words.