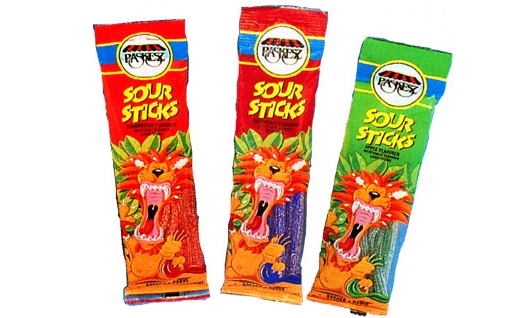 Parents of small children have an embarrassing Shabbos secret. There is one act, which rabbis frequently warn against, that we all violate at one time or another. I cannot imagine raising children without committing this act. I will explain what it is and why it is disallowed, and offer an explanation on why doing it is permissible. I would not attempt to justify this on my own but since one contemporary writer explicitly allows it and another implies it is permissible, I believe I have sufficient backing.

Anyone with children knows the difficulty of standing between them and candy. Parents need to take strong stands on eating habits but they also need to choose their battles wisely. A detail in the laws of Shabbos makes the candy wrapper issue even more difficult.

In general, an incidental violation is not necessarily forbidden. On Shabbos, we distinguish between a davar she-eino miskaven and a pesik reisheih. The former is a contingent unintended consequence–it may or may not happen and is therefore permissible. The latter is inevitable and forbidden. Translating this into candy wrappers: if you can open it without tearing through letters, then you may open it even if you accidentally tear through letters. The erasing was entirely unintended. But if it is impossible to open the wrapper without tearing through letters, it becomes a pesik reisheih. You may not even try because you will inevitably erase the letters.

This means that when your child asks if he can have a specific candy, you have to inspect the wrapper before answering. You have to raise his hopes and then, if the wrapper fails inspection, dash it. Observant parents do this in the supermarket when checking for kosher certification. But when children are used to eating a specific candy during the week, refusing them on Shabbos becomes more difficult.

What often ends up happening is that you tell the child to open the candy himself. In other words, you let him commit the sin. After a certain age, when the child is old enough to know it is wrong, this becomes problematic. And if he can’t open it himself and needs parental assistance, you have to decide whether you want to use your parental capital to say no. After you have already said yes and the child has spent a few minutes trying to open the wrapper, saying no at that point risks a tantrum. Of course, sometimes you have to say no to your children. But you usually want to save those occasions for when you really need it.

Realistically, many parents look the other way. This is a judgment issue. Can you open the wrapper without tearing through letters? Well, if you try really hard, and use all your motor skills, maybe you can. That justification, usually false, assumes you have even tried to think it through. I suspect most parents don’t even get that far and simply tear open the wrapper to avoid the uncomfortable situation.

The Rema (Orach Chaim 340:3) quotes from the Mordekhai in the name of R. Meir of Rotenberg that you may not cut letters on a cake. This is a common Shabbos problem. If letters are written in frosting on a cake, according to the Rema you may not slice through the letters because that constitutes erasing. This ruling serves as the source against all incidental erasing of letters, including on candy wrappers. When you open the wrapper and rip through letters, you erase the writing like on a cake.

However, the Noda Bi-Yehudah (Dagul Me-Revavah 340) boldly argues, based on technical details, that the Rema misunderstood R. Meir of Rotenberg’s ruling. Medieval authorities debate the status of a pesik reisheih de-lo nicha leih, an incidental violation that you do not care about. If you benefit from the incidental violation, there is room to say that you really wanted it to occur. But if you honestly do not care that it happened, the Arukh permits the act. While most authorities forbid it, when the incidental violation is only rabbinically prohibited, additional authorities are lenient. Going one step further, when an act is only prohibited rabbinically for two reasons, meaning it is two steps below a biblical prohibition, most authorities permit it when done as a pesik reisheih de-lo nicha leih.

If that was too theoretical, cutting food with writing serves as an excellent practical example. If the writing contains a personal secret you want destroyed, then that is a pesik reisheih de-nicha leih–you want the incidental violation. If the cake just just wishes someone a happy birthday, you do not care if the words are erased and might even be upset that the nice greeting is destroyed. That is a pesik reisheih de-lo nicha leih. Therefore, the Arukh would permit cutting a cake in nearly all cases.

Additionally, erasing is only biblically forbidden if you erase with intent to rewrite–mochek al menas likhtov. That is certainly not the case with cutting a cake. You intend to eat the cake, not write on it. That would be a pesik reisheih de-lo nicha leih with one rabbinic level. The Noda Bi-Yehudah adds that cutting a cake is erasing in an usual way, which is also only rabbinically forbidden. Therefore, says the Noda Bi-Yehudah, cutting cake with words is a pesik reisheih de-lo nicha leih with two rabbinic levels and is permitted. This is certainly so if you eat the letters, rather than cut them, which is a very unusual way of destroying letters.

The Noda Bi-Yehudah suggests that R. Meir of Rotenberg was discussing when a young child eats letters on a cake as he begins to learn the Hebrew alphabet. You want him to destroy the letters because his eating them is a sign for his future acquisition of knowledge. In such a case, you intend to erase the letters and, therefore, may not do so on Shabbos unless the child is very young. That is an entirely different situation than tearing a candy wrapper.

The Mishnah Berurah (340:17) and other authorities follow the Noda Bi-Yehudah and permit eating cake with letters. However, they do not permit cutting letters on cake. Similarly, they forbid cutting through letters on a wrapper or piece of paper (e.g. Shemiras Shabbos Ke-Hilkhasah 9:12; R. Gersion Appel, Concise Code of Jewish Law vol. 2 p. 199). They take the Noda Bi-Yehudah‘s leniency but do not extend it beyond the specific case he discussed.

However, his arguments are compelling. The Arukh Ha-Shulchan (Orach Chaim 340:23) writes that the law (ikar ha-din) follows the Noda Bi-Yehudah but it is good to be strict for the Rema. While not quoting these sources in this way, R. Eliezer Melamed (Peninei Halakhah, Shabbos, Harchavos 18:3:4) reaches the same conclusion about tearing letters on wrappers. If at all possible, you should be strict like the Rema and avoid tearing through letters. But if you cannot be strict like the Rema and you need to open the wrapper, you may tear through letters. Fundamentally, the law follows the Noda Bi-Yehudah and we may extend it to similar cases.

R. Simcha Bunim Cohen (The Shabbos Home, vol. 1 p. 52 n. 18) writes in a footnote that the Noda Bi-Yehudah‘s argument should also apply to tearing through letters while opening a wrapper. Since the Noda Bi-Yehudah‘s specific ruling is generally accepted, this extension seems to implicitly permit the act.

What emerges from our study is that parents are doing the right thing. Try to open it without tearing the letters. If you can’t, let a child open it. And if he can’t, then–according to the view discussed here–open it yourself.

Of course, check with your rabbi and don’t rely on internet or newspaper halakhic rulings.

2016-02-10
Gil Student
Previous: From the Archives of Tradition
Next: Pocketwatches: Addendum