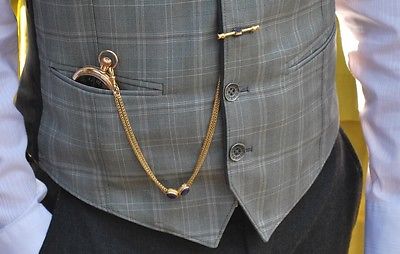 In the evolution of halakhah, the debates that eventually become settled and codified, not all leniencies stay in place. The idea sometime bandied about that the Talmudic phrase “ko’ach de-heteira adif, the lenient position is stronger” means that lenient rulings take priority is not only incorrect but disproven by history. In reality, many combinations of circumstance, personalities and the force of arguments determine where halakhah ends up. One such example is the pocketwatch.

I. Pocketwatch on Shabbos

From the time of its development in the sixteenth century until the rise of wristwatches after World War I, pocketwatches were the most common type of watch. The question naturally arose whether you may wear a pocketwatch on Shabbos where there is no eruv and therefore carrying is not allowed. Is the way people use a pocketwatch considered wearing or carrying?

Before we even engage the question of wearing a pocketwatch in public on Shabbos, we first have to determine whether a watch is muktzeh. If it is, you would not be able to wear/carry it even indoors. While opinions differ, the majority of authorities rule that a mechanical watch (as opposed to a sand clock) is not muktzeh. In the course of a discussion of this subject, Rav Raphael Meyuchas (Jerusalem; 1701-1771) writes that most people wear a gold or silver pocketwatch as jewelry (Peri Ha-Adamah, vol. 4, 25:2). This places a pocketwatch into a category of items that serve as both jewelry and a useful function. Rav Meyuchas quotes the Shulchan Arukh (Orach Chaim 301:11) which quotes a view that forbids wearing such an item where there is no eruv because people might think you are wearing it for the functional use. However, some permit if the jewelry is made of silver.

Rav Avraham Danzig (Vilna; 1748-1820; Chayei Adam, Hilkhos Shabbos 56:2; Zikhru Toras Moshe 45:21) rejects the premise of the question. A pocketwatch is carried, not worn. It is like anything else placed inside your pocket. The chain, whether ornamental or for safekeeping, does not change the process of carrying the watch into an act of wearing. Therefore, Rav Danzig forbids “wearing” a pocketwatch on Shabbos where there is no eruv.

Following Rav Danzig’s important code, Rav Shlomo Ganzfried (Hungary; 1804-1886) similarly prohibited wearing a pocketwatch on Shabbos (Kitzur Shulchan Arukh 84:2). However, he seems to have been uncertain about this ruling because he sent this and another question to the leading halakhic authority of his day, Rav Yosef Shaul Nathanson (Ukraine; 1810-1875). Rav Nathanson replied permissively (Responsa Sho’el U-Meishiv, 1st series, vol. 3 no. 31). Apparently, in his question, Rav Ganzfried notes that Rav Tzvi Ashkenazi (known as the Chakham Tzvi; Amsterdam; 1658-1718) personally would not wear a pocketwatch where there is no eruv. However, Rav Nathanson disagrees. He argues that if you wear the pocketwatch on your clothing, particularly if the chain is gold, then it constitutes jewelry which is permitted.

Interestingly, at the end of his life, Rav Ganzfried made correction to his Kitzur Shulchan Arukh. However, he never changed this ruling despite this responsum to him from Rav Nathanson.

What if the watch is worn as a pin and not tucked inside a pocket? In theory, that would make it more a piece of jewelry. Rav Chaim Halberstam of Sanz (Poland; 1797-1876) rules against wearing a watch, whether tucked in a pocket or pinned on clothing (Responsa Divrei Chaim, vol. 2 Orach Chaim no. 33). He argues that even if worn on clothing, the watch does not become an article of jewelry. He also expresses concern that men will remove the watch because it is embarrassing for a man to wear it that way.

Rav Shlomo Ganzfried (ibid.) seems to refrain from outrightly forbidding an ornamental watch. He writes that you may not wear a watch connected to a chain around your neck, even though it is jewelry. But, he continues, a pocketwatch is not even jewelry and is forbidden. Rav Shlomo Zalman Braun (She’arim Metzuyanim Ba-Halakhah 84:3) infers from this difference in language that Rav Ganzfried considered an ornamental watch a matter less clearly forbidden, but still something he believed should not be worn.

Rav Shalom Schwadron (Galicia; 1835-1911) discusses pocketwatches in four places. In two responsa (Responsa Maharsham 3:369, 5:34) and in his glosses to Shulchan Arukh (Orach Chaim 301:7) he permits wearing a pocketwatch as long as the watch is permanently connected to the chain. However, in one responsum (4:127) he seems to lean to the strict side.

Rav Yisrael Kagan (Belarus; 1838-1933) forbids both ornamental watches and pocketwatches (Mishnah Berurah 301:45; Bi’ur Halakhah, ad loc., sv. ba-zeh). Because pocketwatches are hidden from view, they are not jewelry. Additionally, they are not secondary to the chains but more important. Even ornamental watches are worn primarily for timekeeping, not jewelry. As he points out, nobody wears a broken watch as jewelry. One could counter that jewelry does not need to be seen. Women frequently wore rings and bracelets underneath gloves. Additionally, some people do, indeed, wear pocketwatches for the fashion statement. Something which is worn as both jewelry and a utensil is precisely the subject of the discussion in that paragraph of Shulchan Arukh.

Rav Yechiel Epstein (Belarus; 1828-1908) often has a reputation as a lenient authority, particularly one who justifies common practice. However, he also forbids wearing pocketwatches and ornamental watches (Arukh Ha-Shulchan, Orach Chaim 301:62). He goes so far as to say that anyone who acts leniently “is destined to give judgement” in heaven for his transgression. This harsh language implies that he was trying to stamp out the practice. Similarly, Rav Kagan’s lengthy discussion also implies that he was trying to convince people to stop wearing pocketwatches on Shabbos where there is no eruv.

Despite the earlier permissive rulings, normative halakhah forbids wearing a pocketwatch on Shabbos where there is no eruv. At one time, this was a matter of debate. However, halakhah has evolved and the matter has been closed, much like what happened with umbrellas.

A Mile in His Shoes