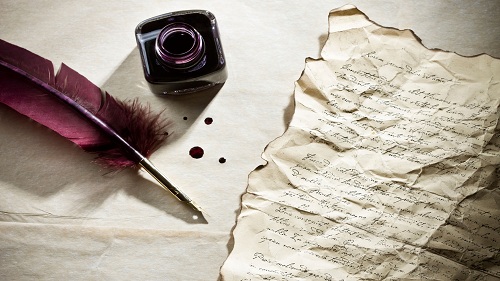 Noda Bi-Yehuda’s Letters to His Student

On the fourth of Adar, 5540 (1780), R. Yehezkel Landau, wrote two letters to his student, R. Yehuda Raknitz (which might today have been spelled Rechnitz). He wrote two other responsa to this same student, and I hope that reviewing all of them we give a sense of their relationship.

To understand the first question, in Noda B’Yehuda Tinyana Orach Chayyim 46, we have to remind ourselves of some basic issues of techum Shabbat, Shabbat boundaries. Most simply, we are not allowed to walk 2000 amot (3500-4000 feet, depending on the length of an amah) beyond one’s home (cities count as one place for these purposes, so there’s no limits on travel within a city). Beyond twelve mil—each mil is a thousand amah, so between three and four miles— some views (notably, Rambam) thought the prohibition to travel was Biblical.

For the measurement of these distances, halachah allows formally establishing a place of residence somewhere other than one’s house. Eruvin 45b speaks of establishing one’s Shabbat residence for techum purposes on the ocean, defending ruling leniently on the issue because the whole prohibition is Rabbinic. R. Raknitz wonders how Rambam would explain that, since he held that traveling twelve mil was a Biblical problem (and one could easily travel twelve mil at sea over Shabbat).

Noda Bi-Yehuda answers, first, that the idea of twelve mil being Biblical is only on dry land. For water, Shulchan Aruch says clearly that it’s Rabbinic.

The Distance to Azazel

He was more impressed with R. Raknitz’ next question, regarding the sa’ir la-Azazel, the goat thrown off the cliff on Yom Kippur. Yoma 66b derives the right to take the goat that far, even on Shabbat, from a verse, then questions the need for a verse. Rashi explains that since techumin is Rabbinic, there’s no need for a verse to allow it. But that cliff was twelve mil from Jerusalem—for Rambam, who held twelve mil was Biblically prohibited, that question shouldn’t have arisen.

Noda Bi-Yehudah offers two answers, the second of which is too technical to share here. His first is that the Gemara discussing this issue follows the view of R. Yehudah (the Gemara elsewhere attributes unnamed baraitot regarding Vayikra to R. Yehudah), who held that the cliff off which the goat was thrown was only ten mil from Jerusalem, and therefore only Rabbinically too far, even for Rambam.

R. Raknitz’ next query, published as Chosen Mishpat 11 (also in Noda B’Yehuda Tinyana, as are the other two questions as well), builds off a Tosafot to Baba Kamma 88a. The Gemara discusses whether someone who damages an eved kena’ani, a partially converted slave, has to pay for the embarrassment caused. The debate revolves around whether a verse’s reference to anashim, men, means all men or only fully Jewish men. According to the view that the term includes slaves, the Gemara wonders why they couldn’t also give testimony in court, another case of the Torah using the word anashim.

Tosafot questions the premise, since another Talmudic discussion derived slaves’ obligation in mitzvot from a comparison to women (the Torah used lah about both, which the Gemara understood to establish a gezerah shavah, a connection between the two that tells us to apply the rules of one to the other). Tosafot’s answer is that that was only lehachmir, to create a stringency, not to allow them to give testimony. Mishneh Le-Melech, Maharash Algazi, and Panim Meirot all noted that Chagigah 4a seems to contradict that, since it sees that gezerah shavah as setting the full parameters of slaves’ obligations. What does Noda Bi-Yehuda think?

Calling It As He Sees It: The Acharonim Got Tosafot Wrong

Noda Bi-Yehuda is surprised that the acharonim made what he sees as a relatively elementary error. For those acharonim, it should have bene unclear as to why slaves were exempt from mitzvot with a time element to them. If the gezerah shavah was only to apply stringencies, why limit their obligation in mitzvot?

Rather, he says (deferentially but confidently), they misread Tosafot. Tosafot always understood that mitzvot were commanded only to Jews, leaving a baseline assumption that non-Jewish slaves wouldn’t be obligated in any mitzvot. The gezerah shavah taught us that slaves’ partial joining brought along with it an obligation in those mitzvot in which women are obligated.

When the Gemara turned its attention to testimony—where the word anashim doesn’t necessarily mean only fully Jewish men—Tosafot had wondered why the comparison to women didn’t automatically rule them out. The answer was that that comparison was there to include them in obligations, not exclude them. Without the gezerah shavah, we’d have thought they were exempt from all mitzvot, and it came to obligate them in many of those mitzvot. But nothing in that was meant to keep them out of any other aspects of Jewish life.

Who Is Obligated To Procreate?

R. Raknitz had also brought up a question of Maharsha’s early in Chagigah. Tosafot to Chagigah 2b suggested that the obligation of piryah ve-rivyah, procreation, applied to all human beings. Maharsha wondered at that, since Sanhedrin 59b took for granted that only Jews had that obligation (The discussion in Sanhedrin was about whether mitzvot written both before and after the giving of the Torah included non-Jews; procreation seems to have been written twice. The Gemara answers technically, to avoid seeing non-Jews as obligated in procreation).

Noda Bi-Yehuda rejects R. Raknitz’ suggestion, so I won’t get into it here. He leaves Maharsha’s question in place, that it’s odd that Tosafot, in one of its answers anyway, thinks non-Jews are also obligated in procreation, against a clear Talmudic assumption.

In Yoreh Deah 72, undated, Noda B’Yehuda reacts to R. Raknitz’ having prohibited some wine left with a non-Jew. Although the wine had been properly sealed, fermentation had led it to bubble over, ruining one of the two mandated seals. The non-Jew came to the Jewish owner to tell him, and the question was whether this wine could still be considered kosher.

R. Raknitz had ruled stringently, despite Rema 130;8 having limited the prohibition to situations where the seal appeared to have been broken deliberately. R. Raknitz had decided that that was only where it was possible the non-Jew never noticed that the seal had been broken; once the non-Jew had noticed, even if we believe that he told the Jew right away, it’s wine that has been open in the possession of a non-Jew, and falls under the prohibition of stam yeynam.

Where the Jew Is Available To Be Apprised

Noda B’Yehuda’s rejection of his student’s idea is gentler this time. He himself had ruled similarly when a non-Jew was transporting a Jew’s wine, and arrived with the news that the seal had broken along the way. There, too, the non-Jew claimed it happened on its own, but Noda B’Yehuda said that since it was in the non-Jew’s possession without the requisite seals, it could no longer be considered kosher.

Presented with this case, though, he sees room to differentiate. Rema spoke of the seal having been deliberately broken, whereas according to their current idea, he should have written that the wine is prohibited if the non-Jew knew it had broken. Noda B’Yehuda suggests that’s because in cases like the one before R. Raknitz, where the non-Jew comes to tell the seal’s been broken, it shows that he worries that he’ll be accused of breaking it himself.

Still, if the amount of money is insignificant, it would be better to rule strictly. But if it is a significant loss, Noda B’Yehuda would treat the wine as kosher. Since his logic for that ruling is novel, he prefers not to be the sole decisor, and urges R. Raknitz to ask other well-established halachic authorities.

Salting Meat Before Its Blood Dries

The last responsum has to do with geese that haven’t been salted within three days of having been slaughtered, and the third day is Shabbat.

[Background: When meat is not salted within three days, halachah worries that the blood becomes too dried within the animal to be brought out through salting. The only way to prepare such meat is to roast it hanging over a fire, or sitting on a tray with holes in it, so the blood that comes out will fall away, not be reabsorbed. This is what we do for liver, for example, which has too much blood to be removed in the usual way.

Wetting the animal prevents the blood from drying out, and re-starts the three-day clock. In the mid-80s, I remember a controversy about kosher meat from Argentina that was shipped to Israel, unsalted but frozen. The question was whether freezing stopped the clock on the three days, and many people refused to eat such meat.]

Closing with a Leniency

The question was whether one could have non-Jews wet these geese on Shabbat, to prevent them from having been left for three days. Noda B’Yehuda agreed with R. Raknitz’ first ruling, that if they had sat the three days, they had to be roasted. He also held that a non-Jew could be asked to wet them, even though Magen Avraham had said that the option of roasting meant there was no significant loss. Noda B’Yehuda points out that that’s less true of geese, part of whose attraction is how fatty they are. Roasting them would remove much of the fat, a big enough loss to allow asking a non-Jew to pour water on the geese on Shabbat.

More than that, he would allow a Jew to do it if no non-Jews are available, for any animal where roasting makes the meat less desirable. Most authorities, he notes, allow carrying raw meat (i.e., do not see it as muktzeh), and do not differentiate geese from other meat.

The Muktzeh Issues and How to Get Around Them

Those who don’t still permit carrying non-muktzeh items even for the sake or benefit of items that themselves cannot be carried. The water is permitted on Shabbat, so why can’t a person carry it in order to pour it over the meat? Possibly, Magen Avraham held that pouring water on the meat would count as touching [for some halachic purposes, the stream of water from one item to another creates a connection between them].

Even so, Noda B’Yehuda argues that that’s adopting another stringency, that we are not allowed to touch muktzeh items, where Rema seems to rule that we are only not allowed to move them. Since many authorities don’t think this meat was ever muktzeh, there’s no reason to adopt a stringent view where unnecessary. And where the Jew needs to wash his hands anyway, it’s obvious that he may do this over the geese or other meat, wetting the meat and preventing it from reaching three days.

He was willing to allow this even if the geese had not yet been skinned. While he elsewhere ruled that goose skin does not have holes in it, he thinks it is permeable enough that pouring water on the geese would prevent the blood inside from drying out.

I don’t know anything of R. Yehuda Raknitz other than what we’ve seen here. But what we’ve seen here is that he kept in touch with his teacher on issues both academic and practical, a good enough relationship that the teacher felt comfortable telling him when he was wrong, sometimes fairly directly, but also helped him find his way to leniencies he might otherwise not have seen.