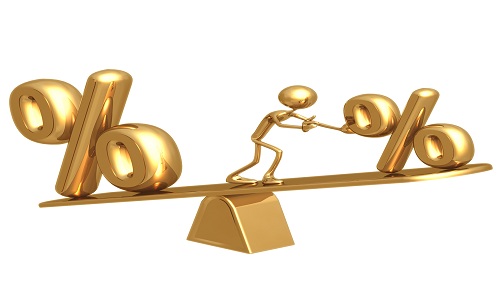 11 Adar: R. Kook on Aspects of Indirect Taking of Interest

One of the well-known laws of the Torah is that Jews cannot lend each other at interest (the Christians’ deciding that this law applied to them led to Jews’ becoming the moneylenders of Europe). As I point out in my forthcoming book, Change Your Pesach, Change Your Life, this is also one of the Biblical commandments to which the Torah attached a reminder of the Exodus from Egypt.  It is not only that we may not lend each other at interest, it is that we have to refrain from doing so by virtue of our memory that Hashem took us out of Egypt.

As with many halachot, however, there is more nuance than we might first assume. In Da’at Kohen 67, dated 11 Adar 5693 (1933), R. Kook was asked about whether a lender could accept payment for delivering the loan and for the costs of writing the loan document. This seems to be payment for costs legitimately incurred, not interest. Is it allowed?

That case, however, was in the course of a business deal, and the point was that even if there was no official loan, paying someone for the right to hold on to money [for example, giving a cheaper price for advance payment raises questions of ribit, of interest, since the seller is paying the buyer for the right to have the money for longer]. In cases of actual loans, there might also be Rabbinic prohibitions on lesser forms of interest, known as avak ribit, the dust of interest, or ha’aramat ribit, tricks to change a payment from being technically interest.

An Allowed Extra Payment for a Loan

Baba Metzia 69b lays out one of the ways a borrower can pay more than the amount of the loan. Rava says that we can pay a fee to a broker who will convince the lender to lend to us, because it’s sechar amirah, it’s the value of that person using his influence with the lender. The Gemara explains that the Torah only prohibited interest that goes directly from the borrower to the lender.

R. Kook infers from that that extra payments to the lender him or herself are prohibited in all instances, even if they could also be considered sechar amirah, the payment for the willingness to lend at all and so, too, if they can be defined as payment for some other effort, because what’s the difference? [I could imagine a difference, in that sechar amirah, payment for convincing the lender to lend, becomes indistinguishable from repayment of the loan with interest when that payment is going to the lender; but payment for other identifiable services rendered seems reasonably walled off from the loan itself. But this isn’t my responsum.]

Rambam Splitting It Into Two

R. Kook notes that Rambam used the two terms differently, despite our Gemara seeming to conflate them. That is, Rambam allows once case because the Torah only prohibited interest from the borrower to the lender [that is where a person says to the borrower, “here’s some money, lend more money to so and so;” despite that obviously being a payment over and above the value of the loan, since it’s not from the borrower, it’s not prohibited], and another case that’s permitted because it’s only sechar amirah, a fee paid to the person who has the sway with the lender to convince him to lend this money.

There’s probably more than one way to explain why Rambam did that. R. Kook’s way is to infer that in the case where the payment is made directly to the lender, there wasn’t necessarily any discussion of the loan. Even if the automatic outcome of this person giving money to the lender is a loan to a third person, there’s still no excess payment from borrower to lender.

The Wall That Has To Be Built Between Borrower and Lender

Where the loan itself is discussed, however, R. Kook thinks Rambam required two avenues to permissibility, that no extra payment came from the borrower to the lender and that this money can be categorized as sechar amirah, a sort of broker’s fee. Without that, he’d have said this was prohibited, perhaps Rabbinically.

Translating that to the case at hand, it seems to mean that money that comes directly from the borrower to the lender with any connection to the loan (even for work done, if that work was connected to the loan) cannot be allowed, at least Rabbinically. For that reason, R. Kook thinks it’s better to write the traditional heter iska, the document that had been used for centuries to allow payments even closer to interest.

[Note that R. Kook prefers a method that finds a way around actual interest to saying that payment for services rendered is independent of the loan itself.]

This is true when the payment being made is reasonable for the services to which it’s being attached. If the payments are obviously significantly more than what those services are worth, R. Kook thinks there’s reason to believe that would qualify as ribit on a Biblical level, leaving no room for leniency.

As a final point, R. Kook notes that Maggid Mishneh prohibited giving sechar amirah money to the lender. That is, even in the legitimate sechar amirah case, where the borrower paid a fee to an intermediary for his help in convincing the lender to make the loan, Maggid Mishneh would not allow the middleman to give any of that money to the lender. Were that to happen, it would be too easy for the system to turn into a farce, Jews giving their interest ahead of time to a “middleman,” who would turn around and give it to the lender as part of convincing him to make the loan.

That worry about legitimate payments turning into a cover for prohibited interest payments (a worry codified by Rema) seems to R. Kook similar enough to this case to add support to his view, that the borrower may not pay the lender anything over and above the loan, even if it can be shown to be for actual services the lender rendered, separate from the loan itself.

For all that R. Kook accepts a heter iska, he saw any other ways of money reaching the lender from the borrower as a problem, as uncomfortably close to prohibited interest, and too likely to lead to a breakdown in the observance of the prohibition.