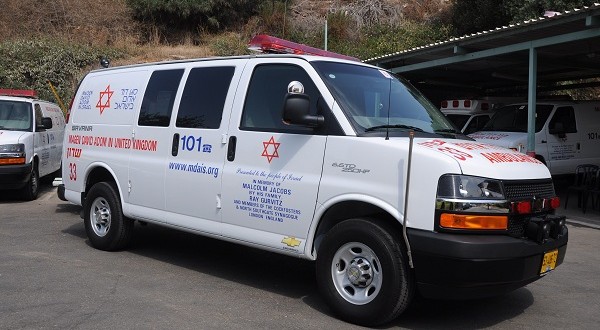 Is It A Mitzva To Save A Terrorist In Danger?


Several years ago, a terrorist attempted to kill a Jewish boy in the center of Jerusalem. Thank God, the boy was only slightly wounded. People at the scene chased angrily after the terrorist, seeking revenge. Suddenly, a woman (who happened to work for a haredi newspaper) arrived at the scene and shielded the terrorist with her body, thus saving him from blows and possible death. Did this woman act in accordance with halakha by saving the terrorist?

There are two aspects to this question. The first concerns the status of “rodef,” and the second concerns the mitzva “do not stand idly by the blood of your fellow.” It is clear that as long as the terrorist is armed and dangerous, even if there is the slightest doubt of danger, he or she has the status of a rodef, a pursuer. It is a mitzva for anyone to rescue the endangered person by neutralizing the rodef. If it is possible to accomplish this by wounding the rodef, this is the preferable response. However, if there is a chance that wounding him will not put an end to the danger, or that the effort to only wound him will waste time, giving him the opportunity to harm others, then the rodef should be killed in order to save the people from danger (Shulhan Arukh, Hoshen Mishpat 425:1).

If the terrorist no longer poses danger, then he is no longer a rodef, but we still must ascertain whether a bystander must (or may) intervene to save a terrorist from an angry mob. The Talmud states that the most evil haters of Israel are to be “lowered [into a pit] and not raised” (Avoda Zara 26b), that is, if possible, they should be put to death by indirect means. A lesser category of evildoers is “not lowered, but not raised.” That is, they are not to be put to death, but we are not commanded to save them. Thus, if a terrorist falls into a pit where he is likely to die, we do not help him climb out. This is the ruling of Rambam (Laws of Murderers and Saving Lives 5:10) and Shulhan Arukh (Hoshen Mishpat 425:5).

In the example mentioned above, there is no doubt that the terrorist intended to slaughter Jews and is thus considered a wicked person of the highest order, who ought to be “lowered and not raised.” At the very minimum, he should not be helped or saved. The law of the state forbids killing a terrorist who no longer poses a threat, but nevertheless, according to the same state laws, one is not obligated to help or save him. Therefore, according to the halakha, there was no need for the woman to protect the terrorist. Indeed, it is quite possible that the terrorist was still a threat to the public, so it was forbidden for her to place herself and others in danger by shielding him when he was still capable of causing further harm.

This ruling applies only to civilian bystanders. People in positions of governmental authority, such as a policemen and soldiers, must obey orders. According to international agreements, we are required attend to our enemy’s wounded, and thus we must do even on Shabbat, so as not to arouse animosity (see Responsa Hatam Sofer, Yoreh Deah 131; Igrot Moshe 4:79; and Melumdei Milhama §43).

It is important to remember that even as our responsibility toward fellow Jews comes before our responsibility to others, and even though we must not extend our kindness and compassion to evildoers, our ultimate goal is to benefit all peoples. We learn this from the Patriarch Abraham, who loved all of mankind and strove to bring both material and spiritual benefit to everyone, even idolaters (see Bereishit Rabbah 50:4).

The love of mankind, the love of every individual being, and the love of all the nations, seeking their spiritual and material uplifting, must be alive in the heart and soul. Hatred must be directed only toward the world’s evil and impurity. It is impossible to reach the sublime vision of “Praise the Lord, call out in His name, proclaim His greatness amongst the nations’ (Tehilim 105:1) without an inner love, emerging from the depths of the heart and the soul, that seeks to bring betterment to all of the peoples, to improve their circumstances, and enrich their lives.” (Midot Ha-Re’ayah, Ahava 5).

This article appeared in Besheva and was translated from Hebrew. Other articles by Rabbi Melamed, and all the books from his acclaimed Peninei Halakha series, can be found at the Yeshiva Har Bracha website: http://en.yhb.org.il/