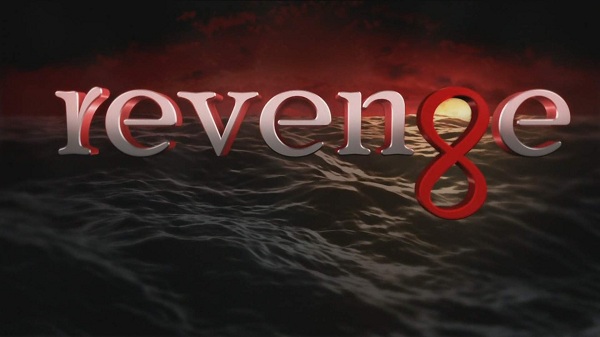 Is there “no such thing as a coincidence”?
Divine Providence and Two Approaches to Avoiding Revenge

It is a commonplace among religious Jews to say that “there is no such thing as a coincidence.” The principle of hashgachah pratit (Divine Providence over an individual’s life) brings potential Divine meaning to even the most mundane events of our daily lives. Divine Providence infuses each of our encounters and activities with eternal and personal spiritual meaning. Even if we may not understand the event’s meaning, surely it is there. If we miss its significance now, perhaps we will grasp it in retrospect.

Living with such knowledge and awareness is surely a tremendous blessing. It is, perhaps, a fulfillment of the Talmudic dictum that “If the Jewish people are not prophets, then they are the children of prophets.” For receiving regular messages from God (even if they are indirect) by perceiving His closeness and His intervention in one’s life is, in a limited sense, a type of prophecy.

It is also in keeping with a long line of Biblical, Talmudic, and later rabbinic statements. One of countless such statements is made by the author of Sefer Hachinuch, as he provides an explanation for why the Torah prohibits us from taking revenge and bearing grudges against fellow Jews. “One must know and affix in his heart that everything that happens to him, whether good or bad, comes upon him from God. Nothing one’s fellow does to him occurs outside of God’s will. Therefore, when another person causes one pain or suffering, one must know that one’s [own] sins caused it and that God decreed [1]This raises the question of reconciling God’s omniscience with human free will; i.e., if God’s knowledge exists outside of time and incorporates perfect knowledge of past, present, and … Continue reading that it come upon him. [Therefore,] one will not consider taking revenge upon the other person since that person is not the cause of one’s suffering – one’s own sins are the cause.”

This passage highlights how living within the framework of “there is no such thing as a coincidence” is not only a blessing – it’s hard work! For consider: when Elisheva makes you suffer (in a way not actionable in a Jewish court, or beit din), the Torah’s prohibitions against revenge, grudges, and hating a fellow Jew require you to disregard your natural inclination to get back at her. To the contrary, you must assist her should she ask you to do so, even shortly after she mistreated you! For most folks, observing these precepts are already hard enough. [2]Indeed, Taz (Yoreh Deah 228:13) notes matter-of-factly that most people regularly transgress these prohibitions.

Taken seriously, though, the ‘no coincidence’ framework makes it even harder, requiring you to sincerely take to heart that you morally deserved what Elisheva did to you, to identify your sins which caused the Divine displeasure of which her deeds are but a pale reflection, and to undertake an effective program of repentant self-improvement. To spiritualize one’s woes in this way requires great fidelity to God and courage – all on a regular basis, and undertaken when one is already buffeted with woe. Surely great spiritual reward awaits one blessed with such sincere devotion and fortitude of character!

Maimonides advises an offended party seeking to avoid transgressing the revenge and grudge prohibitions to adopt an entirely different approach. “Revenge,” he writes, “is a very bad trait. A person should overcome his emotions about all worldly things, for people of understanding consider all these things as vanity and emptiness which are not worth seeking revenge for.” (In contemporary lingo, one might paraphrase this as, “Don’t sweat the small stuff. And it’s all small stuff.”)

Sefer Hachinuch and Maimonides agree that an offended party must turn his attention away from the party who offended him. Sefer Hachinuch redirects that attention towards the offended party himself, his sins, and God. Maimonides, however, redirects that attention towards the offense, reminding the offended party to cultivate an attitude of indifference not just to the offense, but to all worldly things in general. Maimonides’s counsel is also difficult to carry out. He recognizes that only a maven, a “person of understanding” will do so. The vast majority of people, for whom worldly things are not “vanity and emptiness” but rather their dominant preoccupation, will struggle mightily with Maimonides’s advice.

Significantly, Maimonides does not reference Divine Providence as did Sefer Hachinuch. For while Maimonides affirms the principle of Divine Providence in individuals’ lives, he also greatly reduces its scope, restricting it to a small philosophical, intellectual elite. [3]Most rishonim [preeminent medieval Jewish rabbis] greatly restrict the range of individuals subject to individual Divine Providence. Towards the end of his Guide of the Perplexed, Maimonides states that even elites are subject to God’s individual Providence only when focusing on God. In this view, then, there surely is “such thing as a coincidence” for most people, even most religious Jews. To the contrary: coincidence is the ordinary state of affairs!

In his book Halakhic Man, Rabbi Joseph B. Soloveitchik (“The Rav”) analyzes and elaborates on this view of Maimonides. Transforming Divine Providence from abstract philosophical principle into a halachic obligation, the Rav writes:

“Man, at times, exists solely [because] he was born a member of that species…and its general form is engraved upon him… He himself, however, has never done anything that could serve to legitimate his existence as an individual. His soul, his spirit, …and his roots lie deep in the soil of faceless mediocrity. …never has he examined himself, his relationship to God and his fellow man… Like a fleeting cloud, a shadow, he passes through life and is gone… This is man as the random example of the biological species.

But there is another man… [He] is his own master. He exists not by virtue of the species but solely on account of his individual worth… He recognizes the destiny that is his, his obligation and tasks in life… He is not passive but active… His whole existence, like some enchanted stream, rushes ever onward to distant magical regions… [I]t is the living God for whom he pines and longs. This is the man of God.

The fundamental [principle] of providence is here transformed into a concrete commandment, an obligation incumbent upon man. Man is obliged to broaden the scope and strengthen the intensity of the individual providence that watches over him. Everything is dependent on him; it is all in his hands. When a person creates himself, ceases to a mere species man, and becomes a man of God, then he has fulfilled the commandment which is implicit in the principle of providence.”

A variety of intellectual, educational, social, and emotional factors no doubt influence the approach a religious Jew takes towards individual Divine Providence. For some, the very essence of religious life is animated by their intense experience of this great principle of Divine immanence and closeness to them. Their challenge is to find the courage and honesty of constant introspection and repentance which their view demands of them – particularly when trouble comes their way.

Other religious people, though, are distant from perceiving God in their daily lives. They relate far more to His majestic transcendence than to His intimate immanence. As the Rav teaches, though, these individuals too must struggle – by perfecting themselves as creative and distinctive men and women of God in order to earn His Providential love.

Regardless of our approach, may our sincere struggles be resolute, honest, inspired – and successful!