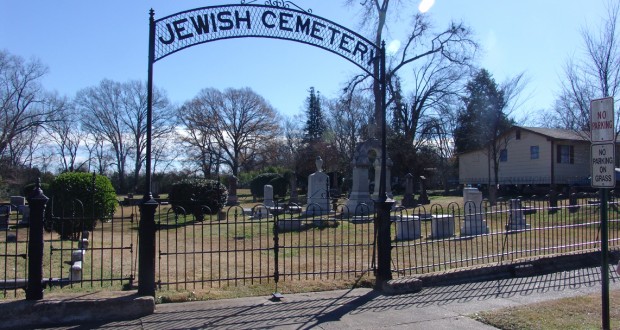 Letting Moslems Have Space in a Jewish Cemetery 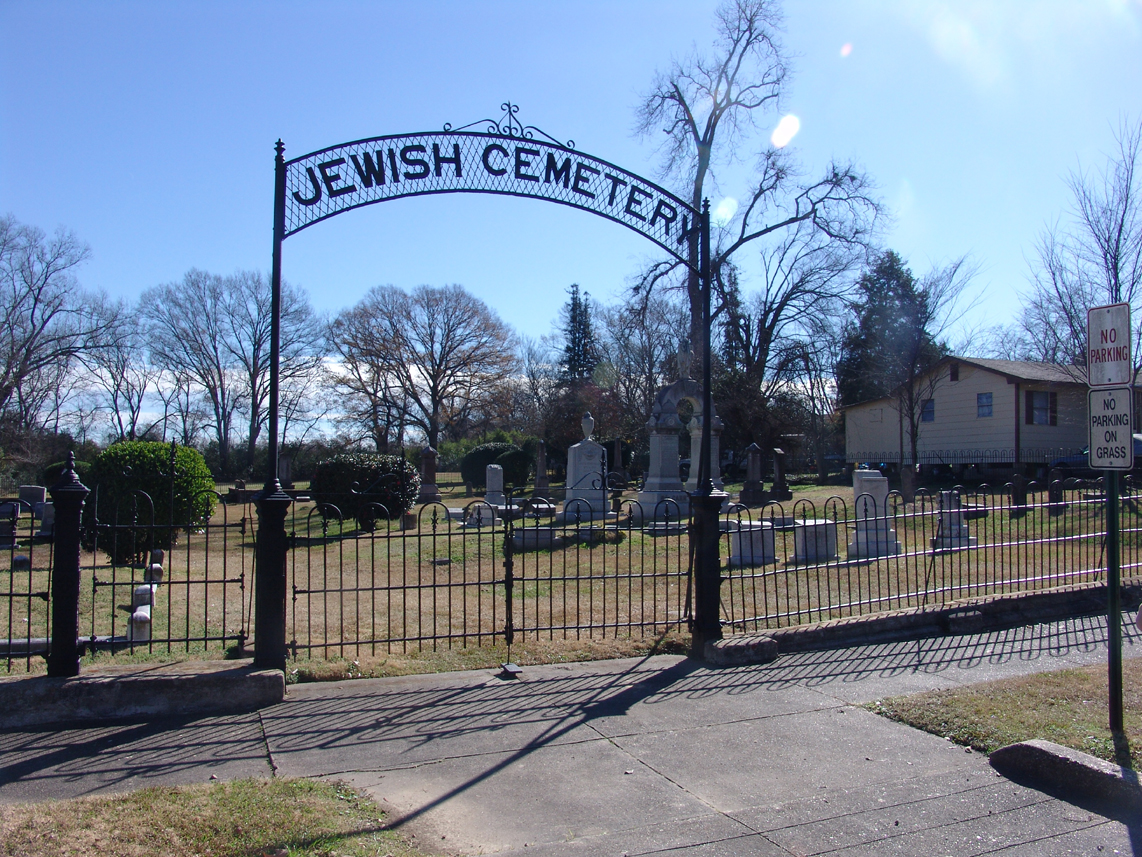 28 Tevet: Letting Moslems Have Space in a Jewish Cemetery

Questions come to meshivim from near and far. The ones  that come from distant places, often from people known to the respondent only from the letter, obligate the rabbi to be careful to take into account the possibility that there relevant factors are unmentioned in the letter.

That’s important background to the responsum we’re studying this time, where R. Kook, Da’at Kohen 201, was asked about ceding part of a Jewish cemetery for the use of the local Muslim community. The question came from the Jewish community of Iesi (today a town of 40,000 in Ancona, Italy) from the 28th of Tevet, 5693 (1933).

He had delayed answering, he writes, because he couldn’t judge the politics from afar, and was certain they had rabbis who had a better handle on those apsects. Then he worried that ignoring their query was disrespectful, so he’s sending his thoughts, asking them to share it with local rabbis for their approval.

The Limits of Fostering Peace

The argument to allow it is based on darkei shalom, the Talmudic idea that there are actions we take to foster peaceful relations with our non-Jewish neighbors. We might not allow x ordinarily, but if it is important to good neighborly relations, we do. Here, since they’ve asked for room in the cemetery, turning them down might lead to tension or even negativity. (And, to be clear, maintaining positivity and certainly avoiding unnecessary tension, is a positive halachic value).

Surprisingly (at least to me), R. Kook thinks he can get around that. He says that darkei shalom (and the related concept of eivah, avoiding hatred) goes away any time we can explain our inability to accommodate non-Jews’ wishes. His proof is that Avodah Zarah 26a gives two examples of R.Yosef assuming Jews could serve idolaters in a way we would ordinarily find prohibited (violating Shabbat to help a non-Jewish woman give birth, and taking on a job as a wet-nurse) because of eivah. Abbaye disagrees in each case, arguing that we can explain our inability to accommodate them.

R. Kook takes that at face value, but I note that Abbaye’s suggested explanations are ones we today cannot imagine non-Jews accepting. For example, his suggested explanation for why a Jewish obstetrician or midwife could decide to refrain from helping a non-Jewish woman give birth is that the Jew could tell the non-Jews involved that Jews only violate Shabbat for those who keep Shabbat (R. Moshe Feinstein ruled that non-Jews today wouldn’t accept that, and therefore required Jewish medical personnel to treat non-Jews exactly the same as Jews).

In the case of cemeteries, R. Kook points out that the Jews could say (legitimately, he thinks) that different religions have their own cemeteries; for the Jews of Iesi to give some of theirs to the Muslims would make them a target of ridicule from members of other religions (since giving up part of your cemetery would show a lack of seriousness about your religious places, I think). In his view, the Muslims themselves would accept that reasoning, removing the concern with hatred or peace.

With that concern obviated, the next question is whether Muslims can be buried in a Jewish cemetery. R. Kook says that not only can we not have people of different religions buried with Jews, halachah in fact requires segregating cemeteries by levels of observance. He notes that the Gemara assumed we would separate evildoers by level of transgression (those put to death for more severe crimes were buried separately from those put to death for less severe ones), and that Shulchan Aruch Yoreh Deah 362;5 takes that further, saying we wouldn’t bury an ordinarily righteous person next to a chassid muflag, an extraordinarily righteous one [that can lead to unseemly jockeying about who deserves to be buried next to whom, but that’s not his issue].

All of that, he notes, is derived from the story in II Melachim 13, about a man being hastily thrown next to the grave of Elisha, and coming to life and walking away, since it would have been inappropriate to leave that man buried right next to the prophet. [R. Kook does not address why we care about who’s buried next to whom, so neither will we]. Its’ being sourced to Nevi’im gives it the status of divrei kabbalah which, according to some rishonim (such as Rabad) makes it similar to a Biblical law, which Tosafot Avodah Zarah had been sure would not be pushed aside for reasons of eivah or darkei shalom.

That problem isn’t insurmountable, since R. Kook infers from the question that the Muslims want their own section, walled off from the Jewish one. There is, however, another concern; Rambam rules that cemeteries are assurin be-hana’ah, properties from which we cannot benefit. Shiltei Gibborim understood that to mean that we are supposed to see them as invested with the same sanctity as big-city synagogues.

As opposed to smaller town synagogues, city synagogues are generally assumed to belong to the residents of the city plus any travelers who may come through. Selling such a synagogue is difficult, because it’s not clear that anyone can represent the interests of the world’s travelers, who will want a synagogue there when they come to town.

If cemeteries have similar sanctity, that should mean that from the time it’s been sanctified (that Jews have started burying there), even those parts not yet used have already been dedicated to the purpose of being a Jewish cemetery. While we might have argued that only land already used has become sanctified in this way, R. Kook is sure that the land is all one unit, and therefore that whatever was set aside as part of this cemetery becomes sanctified as well (this despite the rule that hazmanah lav milta, that sanctity is not generally created merely by declaring the intent to use something for a sanctified purpose—for R. Kook, the setting aside plus it’s being physically connected to land already used sanctifies the rest of the land as well).

That seems to make the cemetery unsellable and ungiftable, because there’s no way to represent the wishes of the people from outside this city.

Locating the problem in issues of sanctity, though, leaves a bit of room. While burying Muslims next to Jews violates the divrei kabbalah issue shown by the story with Elisha, once we create a separate area, the question turns into one of kedushat beit haknesset, sanctity of the synagogue. Rabbinic laws such as that one can be pushed aside to avoid eivah or to create shalom, so R. Kook is prepared to say that to avoid hatred they could sell a piece of the cemetery, separate and walled off from the Jewish part.

That would only be true, however, if there were going to be eivah¸which he already questioned, since religions wanting to keep their own burial land seems to him a well-established and easily explained idea. He prefers, therefore, finding an equally acceptable other piece of land that had not yet been included in the Jewish cemetery, and giving it to the Muslims instead.

He closes by noting that relations between Jews and Muslims in Israel were already bad enough that there would be no reason for Jews to extend themselves (since, he implies, we worry about darkei shalom and eivah where we have reasonably good relations already; when the relationship is already bad, there’s no reason to go out of our way). His first thought is that the situation in Israel would also free the Jews of Italy of the need to accommodate their local Muslims, but he takes that back, agreeing that it’s far enough away that there is likely value in striving to preserve the good in that relationship by following the advice he had given.

So it comes down to practical politics—is there a plot of land to give or sell the Muslims that’s not already part of the cemetery? Can the Jews explain their refusal sufficiently well to avoid tension? And on questions like these, R. Kook is clear, local authorities have a better handle than faraway ones.