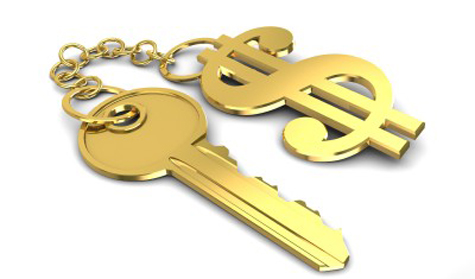 For a long time, Israeli law prevented owners from forcing renters out of their apartments. That led to a system where renters often took a hefty fee for assigning their lease (which the owner couldn’t ever break) to another renter. The money paid was called “key money,” for getting the keys to the apartment.

My impression is that the system is falling out of use, but on 21 Tevet 5713 (1953), Tzitz Eliezer 4;28 addressed whether this wasn’t illicit profit off anothers’ property. While renters generally gave a third of the money to the owner, that wasn’t the owner’s choice, it was the best s/he could do. Legality aside, does halachah allow it?

R. Waldenberg introduces his answer by saying that we are commanded by Hashem not to avoid halachic questions, to the extent that our intellects allow, that the Torah can deal with anything that comes up in life, that Hashem knows what history could possibly bring and gave a Torah that can deal with it (an important comment, given that I know Orthodox Jews today who assume that halachah could not in fact deal with a viable modern society or state).

Part of why he might have wanted to stay away from this one, I think, is that were he to find it to be prohibited, he’d be fighting the tide of contemporary life in Israel; nonetheless, it’s his job to answer questions posed to him.

He assumes we would instinctively deny the renter such profit (since it takes advantage of the owner), but further investigation yielded Baba Metzia 79b, which said that if someone had hired a boat for a journey, but then decided to get off in the middle, he pays for half, and the owner only has tar’omet, a fuzzy but actual halachic concept, the legal right to resent what another person has done.

The Gemara is unsure of the facts of the case: if the owner cannot find someone to pay for the rest of the journey, the original renter should be on the hook, having committed to the fee and having put the owner in the position of losing money he could have made. And if the owner can find someone else, why is there tar’omet?

Rambam understands that Gemara to assign the tar’omet to the case where the first renter does find someone to take over. The owner must accept this new person, with whom s/he might not get along. Shulchan Aruch accepts this view as well.

That doesn’t transfer completely to residential rentals. Rambam noted that the second renter had to have the same number of family members as the first (since a bigger family is more likely to cause damage). When an original renter wants out, Rambam adds, the owner can avert subletting by releasing the renter of his responsibility and/or returning any money advanced on future rent.

Aruch HaShulchan held that Rambam would also have allowed the owner to object if s/he can prove that the subletter had known issues as a tenant—for example, was known to damage his previous residences (like a celebrity who often trashed hotel rooms), was so powerful or connected that it would be difficult to collect payment if damage occurred, had a reputation for being argumentative, or there was well-established bad blood between them. Subletting, Aruch HaShulchan is saying, cannot create demonstrable new problems for the owner.

When They Live in the Same House

Sometimes, the owner lives with the renter (like in a two family house). There, Rambam mention tar’omet for subletting, since the owner can claim s/he wasn’t interested in learning how to get along with a new person. Aruch HaShulchan thought such an owner would have more of a right than just tar’omet, since sharing the boat is temporary (especially in Talmudic times); with a domicile, they might have to put up with each other for years. Shulchan Aruch rules that if two people rent a property together, one can prevent the other from subletting, which sounds like he agreed with Aruch HaShulchan’s claim.

Nimmukei Yosef agrees with this basic idea, adding two useful pieces of information. First, instead of phrasing it as a question of one person profiting off another’s property, he reads it as zeh neheneh ve-zeh lo chaser, one person gaining without the other person losing (the owner was happy to rent out the property for the agreed amount; the renter found a way to make more, but it’s not taking anything away from the owner).

More significantly, Nimmukei Yosef points out what no one else had, that if the owner made a specific condition before the rental, that certainly overrides any theoretical right to sublet.  A sefer called Kessef HaKodshim had also claimed that the whole question of taking on subletters was different when owners were expected to make all repairs—that was where the owner could object or claim that subletters were more likely to cause damage (more family members, for example). But when the custom is that renters take care of the property and are required to return it in the condition they took it, that objection of the owner falls away.

Bringing It Back To Key Money

All that allows Tzitz Eliezer to decide that taking key money is a right of the renter, since s/he has the right to this property for as long as the lease lasts, long or short, defined or not. To give that right to another has a monetary value, and that’s what’s happening with the key money, the purchase of the right to take over the status as renter.

[To me, that makes sense where renters take on a lease for a specific amount of time, after which the owner can decide to take the property back]. But the next sentence notes that in 1950s Israel, the law gave renters unlimited right to stay (like rent control). For Tzitz Eliezer, that means the owner had no way to make money off of this property, so the renter wasn’t taking anything the owner could have gotten anyway (since the owner had no way to evict the renter).

The problem I have with that (as Tzitz Eliezer himself later notes one could claim) is that the law preventing eviction of  a renter even after the original period of agreed rental ended was meant to take care of renters who had few options, since there was a severe housing shortage. The right to transfer a lease makes some sense where the lease was agreed upon freely; where the law stops the owner from taking back his/her property as a way of protecting renters from eviction, it’s odd to then allow that renter to transfer the rental to someone else– it adds insult to legal restriction.

For that reason, to avoid all complaint, Tzitz Eliezer approves of the custom to give the owner a third of the key money; once it’s the custom, it has to be followed, even if technical halachah might have allowed the renter to keep it all for himself.

In the middle of his list of conclusions, Tzitz Eliezer notes that if the owner agrees to pay the key money, the renter cannot sublet. Owners thus have the option to stop a permanent rental that they can’t get out of, and can make explicit conditions the next time they rent out this property (which, I think, is what has happened, mostly putting an end to key money).

In a second teshuvah appended to this one, Tzitz Eliezer adds two important points: He was writing according to prevailing custom, not his view of right and wrong. He wasn’t in favor of key money, and if a new law were being written, saw no reason to incorporate key money. It’s a practice with no basis in halachah, and could not but lead to arguments (especially since renters were profiting off of a law meant to help them avoid eviction).

Instead, the government should seek a way to phrase the law that would split the difference between owners and renters, safeguarding each side’s rights, with no particular advantage for either (key money clearly advantages the renter at the cost of the owner).

Second, Tzitz Eliezer says that the right to take key money is limited to situations where the current renter will also have to pay such money wherever s/he intends to move, and/or paid key money to get into this place. A renter who took on a property with no special payments, and now has come to own property of his/her own cannot take  key money—Tzitz Eliezer actually says that, unless there’s a defined lease, the rental period ends the moment the renter wants to move to the owned property.

In other words, key money applies if that’s how the system works, and this renter will lose out unless s/he takes it. But to manufacture profit at the owner’s expense, based on a law meant to protect the renter, that’s not acceptable, Tzitz Eliezer agrees.

As he said at the outset, he is sure that halachah covers all ground. Here, halachah establishes questions of the right to sublet, and the extent to which a renter is considered owner enough for the term of the rental that s/he can profit off of it as well. Beyond the technicalities, halachah also recognizes what’s right and just, all of which fueled Tzitz Eliezer’s views on this longstanding, but slowly fading, practice.