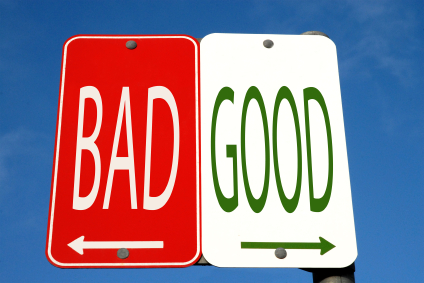 Differentiating between Good and Evil

Many questions have arisen following the arrest, investigation and indictment of the youths suspected of committing crimes of violence and murder. The most important question is how to prevent adolescents, from upstanding families, from falling into deplorable and destructive behavior.

It is fruitless to speak about the suspicion of serious crimes, because it may turn out these youths are not guilty; hopefully, this will be the case. However, it is possible to address what we do know. Clearly there are youths among the residents of the hilltop communities who bring public shame to the Torah and the nation. They claim to love Eretz Yisrael (the Land of Israel), but they abhor all those engaged in settling it and protecting its residents, whose presence is by virtue of the State of Israel. They love the Jewish people in theory, but it seems that in practice, they hate Jews.

They think that Eretz Yisrael can be redeemed only by means of unauthorized building, and so they conflict with all the righteous settlers engaged in building and expanding communities, and who, with their very bodies and souls, fulfill the mitzvah of yishuv ha’aretz (settling the land), a commandment equivalent to all the other mitzvot, thereby sparing our nation from the terrible risk of the establishment of a terrorist state allied with murderous Islamic regimes and their populations of hundreds of millions.

They despise their peers who study Torah in yeshivas and who serve in the IDF, protecting the people and the land. They claim, with boundless self-importance, that their recklessness has stopped attacks by neighboring Arabs, when in fact they would not survive a single day without the deterrence of the IDF and the security services.

They deign to march to the hilltop, but as in earlier episodes (see Numbers 14:44) God is not with them, as the ark of God’s covenant and Moses have not stirred from the Israelite camp.

He who Shows Disrespect to His Father and Rabbi

The Torah says (Deuteronomy 27:16): “Cursed is he who humiliates his father and mother.” The Sages state that this refers to those who humiliate their parents in private; certainly, then, it is true of one who publicly brings shame upon his parents’ views and faith by means of his actions and words.

It is hard to gauge precisely, but it is widely assumed that a few dozen youths on the hilltops are capable of carrying out violent and heinous acts against Arabs and fellow Jews. In one of the communities atop the central ridge in Samaria, someone nearly murdered his Jewish neighbor in a fight over the founding of an additional synagogue in a community where they barely have enough people to sustain even one!

Then there are several hundred who foolishly show hatred and contempt, but who, deep down, respect and love the Torah and IDF soldiers. They curse soldiers, shamelessly shout “traitor” at senior rabbis and government ministers, and throw stones at police, at demonstrators, and Arab vehicles. They interrupt Torah classes by talking noisily nearby about what’s “really important”—their “holy” quarrels—or offer “Torah thoughts” about how they’re right and the whole world is wrong. If they have no audience, they read one of Reb Nachman of Breslov’s books or review the weekly Torah portion—out loud, of course, because most important thing to them is to disturb the rabbi’s class, show their contempt for anything that anyone else has to say, and let everyone know they have their own agenda. During prayers, they read verses out loud while the congregation is in the middle of its silent prayers. But despite everything, when they are calm and it’s called to their attention, they usually are considerate because, after all, they aren’t malicious.

Most of the people living on the hilltops are basically good. True, many of them find it difficult to fit into a regular framework, but they have good hearts. Many are truly righteous people who genuinely love the Torah, the nation, and the land. They yearn to redeem the land’s sacred soil, appreciate the soldiers, and show respect for all human beings.

The first principle of education is to morally distinguish good from bad. Therefore, we must say that the attitudes and behavior of the reckless hilltop youth are absolutely evil.

Sometimes, out of compassion or ignorance, we tend not to take a stand against misconduct and harmful ideas. Labeling an unruly or rude adolescent evil is not pleasant, especially when he claims that he is righteous and is sanctifying God’s name. However, the educational price paid for the failure to label such behavior evil is high. Although there is no guaranteed educational path, and even the best parents might have to deal with wayward children, differentiating between good and bad is the most effective way to increase the chances of educational success.

The Sages (at the beginning of Shemot Rabbah) use the oft-(mis)quoted verse from Proverbs (13:24), “He who spares the rod hates his son; but he who loves him disciplines him in his youth,” to contrast parenting styles. The righteous biblical patriarchs produced wicked children because they failed to discipline their sons when they were young. Only Jacob rebuked his sons, and ultimately all of those sons were included in the tribes of Israel. On the other hand, the Almighty, in His love for the people of Israel, heaps chastisements upon them.

There is currently a great deal of public debate in Israel about whether Jews who murder Arabs are considered terrorists. The formal debate has ramifications, since the law permits interrogation of “regular” murder suspects by means of relatively mild measures alone, whereas those suspected of murder within the framework of terrorist organizations may be interrogated under torture.

People on the Left, whose faith and religion maintains there is no difference between Jews and Arabs, strive to claim there is absolutely no difference between Jewish nationalist criminals and Arab terrorists. However, in truth, comparing Jewish and Arab terror is like comparing a fly to an eagle. One can argue that a mosquito is essentially a tiny eagle, but the differences between them are so vast that making such a comparison is simply outrageous.

Nevertheless, regarding the damage caused to the State of Israel, according to several high-ranking defense officials who are responsible for Israel’s security, the damage is substantial and extremely severe. True, this stems from the discriminatory attitudes of various countries towards Israel, but it is the reality. Consequently, in their opinion, we must vigorously investigate such actions in order to end them completely. For this reason, it was determined that the actions of these youths are considered terrorism.

Since there were allegations of excessive torture used against the detainees, there is room to clarify and assess these claims by means of lawyers and trusted public officials, so that overzealous investigators do go overboard and seize the opportunity of expanded powers to cause harm to an entire ideological community, interrogating people who have nothing to do with these serious crimes. If it turns out that the legal counselors or interrogators violated the law, we must see to it they pay the full price.

How to Deal with the Wild Youth

A criminal who is caught must be punished. Rules are rules, and the law is the law. Punishment is necessary for the criminal’s restitution and for public welfare. As the Sages say, “without law and order, people would swallow each other alive.” If the perpetrators express regret, beg forgiveness, and seek a way to correct their actions, it would be appropriate to consider easing their punishment, as is customary in similar cases. At that point it would also be appropriate consider the tense situation these youths faced and the fact that they have lost friends and family to Arab terror attacks.

However, we must not adopt a hostile attitude towards the rest of the unruly youth. We must condemn their disruptive behavior and immoral views, but at the same time, they should be given the best possible care of educators and social workers, with their parents participating in the educational and rehabilitation process. Financial resources should be invested and new building permits should be issued, with the goal of reducing their frustration, so they can repent of their actions and channel their energy into building houses, cultivating fields, and serving in the army.

This article appeared in Besheva and was translated from Hebrew. Other articles by Rabbi Melamed, and all the books from his acclaimed Peninei Halakha series, can be found at the Yeshiva Har Bracha website: http://en.yhb.org.il/