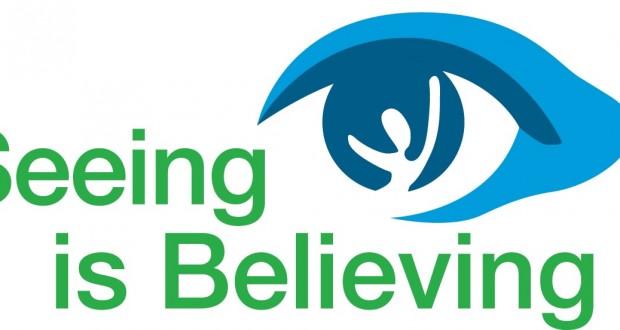 Believing Non-Jews That a Jew Had Been Killed

13 Shevat: Believing Non-Jews That a Jew Had Been Killed

Although in our times the word has taken on a different (in some ways worse) meaning, classic igun was where a man disappeared, whose likely death could not be halachically verified. One of the issues that came up in that context was whom we trust to certify death. In Piskei Uzziel Be-She’elot haZman 72, from 13 Shevat 5704 (1944), R. Uzziel weighed in on the case of Eliyahu Kirshner, who had been taken captive by Arabs five years earlier, along with a Jewish captain, his wife and children. The children had later been freed.

It was clear that they had been murdered, but there were no eyewitnesses. What had changed at this point, giving a Beit Din more room to pronounce Mr. Kirshner halachically dead, was that a policeman involved in the case had come forward; based on his testimony, the head of that court had decided that the widow could remarry [an undercurrent of the teshuvah is that R. Uzziel, Sephardic Chief Rabbi of Israel, disagrees with the avenue of leniency that court adopted, but does not want to be so impolite as to say so].

The policeman had said that within a month after the kidnapping, he had gone to the heads of the Arab gangs that had done it, to try to negotiate the captives’ release. They had told him it was too late, they had already been killed, and there was no way to save them.

The policeman hadn’t been satisfied and had investigated further, only to have other Arabs come of their own volition, to tell him that they had been present when Kirshner had been killed; they knew Kirshner personally, and brought up his name (and the names of the other victims, further support of the veracity of their tale) on their own.

The head of the Beit Din had argued that all of these Arabs were mesiach lefi tumam; generally, that means they mentioned something without realizing its ramifications. Here, it would seem to mean they were speaking of their own volition and without any other agenda than telling us the truth. He found them therefore legally believable.

The Varying Reliability of Claims

R. Uzziel begins his own response by noting that the heads of the gangs’ assertion that the victims had already been killed doesn’t tell us who killed them. If they were claiming to have killed him themselves, for example, Shulchan Aruch Even HaEzer 17;14 rules that we have to worry that they are saying that to inflate their reputations, by showing their power.

Their having added “so there’s no way to save them,” contributes to the problem, since that’s clearly a statement of power, their having exacted the revenge that led to the kidnapping in the first place. As soon as the non-Jew has personal reasons or motives to say something, that’s no longer mesiach lefi tumo, and we are no longer able to believe him or her.

If, on the other hand, they were reporting what they’d heard, Rema seems to allow believing them. R. Uzziel raises a problem with applying that here, noting that Chelkat Mechokek sources that view to a responsum of Terumat haDeshen. A different responsum of Terumat haDeshen, however, rejects the reliability of non-Jews’ testimony that a Jew had drowned, because non-Jews will say that based on generally accepted standards of evidence. Since halachah has a higher standard [a non-Jew will say someone drowned to death if s/he saw them struggling far off in the ocean, disappearing underwater and not surfacing again for a long time. For halachah, that’s not enough], we cannot believe those non-Jews.

In our case, Arabs who heard from others that they’d killed him wouldn’t realize that they might be exaggerating, and would therefore be giving us a report of the same level of believability as the heads of the gangs themselves. So we can’t believe that either.

Note that R. Uzziel has dismissed the grounds on which the original Beit Din based its’ freeing of the widow, without quite saying so. Now, he’ll find grounds to free her himself.

Witness Testimony Better Than Perpetrators’ Testimony, Even in Times of War

The saving grace of the case, for R. Uzziel, was the Arabs who initiated contact with the police officer, telling him not to believe anyone who said the kidnapped Jews were alive [as a way of extracting ransom money, for example]. These Arabs had seen them killed, and knew them personally. This, R. Uzziel agreed, is testimony mesiach lefi tumo, since these Arabs are not saying they did it, and gain nothing from delivering this information.

A remaining problem is that in time of war, we don’t believe even Jews about other Jews’ death, unless they say they buried the deceased. That’s because we worry that people are quicker to assume that others were killed during the heat of battle, perhaps quicker than halachah allows us to assume [if a person is two feet away from a grenade that explodes, witnesses might jump to be sure the person was killed, but that’s halachically insufficient, since people are not infrequently saved “unbelievably.”].

R. Uzziel does not see that as a problem here, since this death happened away from battle. He is saying, in other words, that that halachah applies to the rush of war—one Jew sees another run through with a sword, or shot in the chest, or blown up, and is sure he must have been killed. But away from there, even though it’s a time of war, R. Uzziel argues that we need not apply that standard, and can believe these Arabs who say they saw Kirshner killed.

In addition, while the Gemara says that the person has to testify to having buried the deceased, Rema allowed any statement whose implication was that this person was definitely no longer alive. The witnesses in the Kirshner case had said not only that they had seen him killed, but had added a warning not to believe anyone else who might claim he was still alive, because they were there. To R. Uzziel, that qualifies for Rema’s standard of a definite assertion of death.

Although he believes he’s proven the issue, R. Uzziel adds one more idea. Since we know Kirshner was taken captive by a band of murderers (who’ve killed on other occasions, as the mood strikes them), has been gone for five years, and those captors had taken him to their hideout with recognizable intent to kill him, we have a clear assumption, that leaves little or no room for doubt, that the man is dead.

That may not be enough to allow the wife to remarry, but it is enough—R. Uzziel points to another teshuvah of his as well as one of R. Kook’s—to say she’s no longer considered a married woman at a Torah level [which lowers the stakes of any decision to let her remarry].

The only caveat he does register is that the court find witnesses identifying her as Kirshner’s wife, and that she be told of her freedom to remarry by a court of three [meaning: making it an official court act, not just some guy telling her she can remarry].

Another interesting case of courts working to help women remarry, this time taking us into considerations of testimony and believability, generally and in times of war.