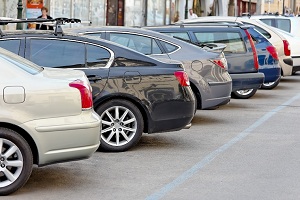 Turning a Destroyed Shul Into a Parking Lot 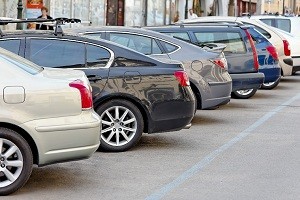 7 Tevet: R. Ovadya Yosef on Turning a Destroyed Shul Into a Parking Lot

On the seventh of Tevet, 5741 (1980), in Yabia Omer 8; Orach Chayyim 16, R. Ovadya Yosef answered a question from the Chief Rabbi of Vienna regarding a shul that had been destroyed on Kristallnacht, that for various reasons could not be rebuilt, and which the community’s members wanted to rent out as a parking lot, using the money to fund other needs. [A personal digression: I don’t always stop to remember how long the shadow of the Holocaust stayed over people and places; here, thirty-five years after the end of the War, the Jews of Vienna were struggling with how to use a space rendered unusable over forty years earlier!].

The problem was that Megillah 28a prohibits making rope in a desolate shul, citing Vayikra 26;31, Va-Hashimoti et mikdesheichem, I will lay waste your sanctuaries, to show that despite their desolation, they still have the sanctity of sanctuaries. Rashi added that rope was an example, since making ropes took a lot of space. The prohibition applies equally to any non-sanctified activity. If it is still sanctified, it also cannot be rented or lent out, as Megillah 26b makes clear, and as Shulchan Aruch rules in Orach Chayyim 153;11.

The Impact of Oppressors on Sanctity

R. Ovadya starts his reply with Avodah Zarah 52b, which says that the Hasmoneans buried the stones of the altar that the Syrian Greeks had used for idolatry, citing Yehezkel 7;22, u-va’u vah paritzim ve-chilleluha, robbers will enter and defile it. Rashi explains that ordinarily one person cannot render another’s property prohibited (there are exceptions).

The verse tells us the entry of invaders created chillul, which is taken to mean that it makes those items chullin, takes them out of their sanctified state. Once the vessels were no longer kodesh, they were ownerless, such that the Greeks’ using them for idolatry was both a taking possession of and a making permanently prohibited, as an item of idolatry.

Ba’al HaMaor there says that only Jews could do that, not Greeks. He also argued that the idea that items would have to be buried applied only to vessels of the Beit HaMikdash, which are exceptions in that they cannot in fact be taken out of their sanctified state. He demonstrates that from Me’ilah 19b’s limiting the law of mo’el achar mo’el– that if one Jew drinks out of a cup belonging to the Temple, and then another, and another, they will all be liable for having used sanctified items for personal purposes– to animals and vessels.

R. Yosef is surprised at his claim that non-Jews cannot produce that result, since Nedarim 62a speaks of Belshazzar doing so. Perhaps as surprisingly, when Ramban glosses Ba’al haMaor, he doesn’t mention Nedarim as a proof, although a later work, Ibei HaNachal (by R. Yehoshua Isaac Shapira, mid to late 19th century head of the rabbinic court of Slonim, known in stories as R. Eizil Charif, for the sharpness of his mind and tongue), did cite that Gemara to support Ramban’s view.

Applying that to the Nazis

Since we generally follow Ramban over Ba’al haMaor, particularly since we have this Gemara in Nedarim, it would seem that any shul the Nazis or their helpers took over have been rendered non-sanctified, and could therefore be used for any purpose. The Gemara in Megillah, R. Yosef explains, only meant when a shul became desolate or abandoned on its own (such as in Jewish communities that dwindled on their own and were never sold).

That assumes that laws of the sanctity of the Mikdash can transfer to the lesser sanctity of shuls as well. There were some who disagreed, but R. Ovadya is more convinced by Ramban and Tashbetz (R. Shimon b. Zemach Duran), the latter having taken for granted that when non-Jews took over the shul in Majorca, its sanctity was removed.

If that’s true, why wasn’t the Temple itself rendered chullin by the Greeks in Hasmonean times? Why did they only bury the stones of the altar, and not have to rebuild the whole Temple? R. Ovadya cites two answers, first Shu”t She’elat David, that the Temple was never fully conquered, since Jews were fighting the Greeks, and had not despaired of expelling them. That’s a remarkable claim, both because it’s not clear that it’s historically accurate, and because it limits u-va’u vah paritzim to where the invaders conquered Jewish places so fully as to remove all Jewish resistance or near-term hope of reconquest.

Chatam Sofer points to another difference, that the Greeks didn’t destroy the Beit HaMikdash, they took it over and used it for idolatry. He says that R. Yochanan held that that didn’t qualify as u-va’u vah paritzim, whereas R. Papa in Avodah Zarah held that it did.

Chida wrote about whether Jews today could buy and eat grapes grown on Har HaBayit, the Temple Mount. An earlier work, Mizbach Adamah, argued that the ground itself is no longer the same as in the times of the Temple, (none of those citing this idea explain further, but they seem to have been confident that over the centuries the dirt itself had been brought from elsewhere).

Chida then says that he had heard, thirty years earlier, an important rabbi permit the grapes because of u-va’u vah. But Chida recognizes that that contradicts an halachic commonplace, that the second sanctification of Israel and the Temple lasted forever (whether that’s true of the whole Land of Israel is a debated topic, with ramifications for our observance of shemittah; Chida’s point, I think, is that if u-va’u vah paritzim is so clear, there should have been no way to speak of the sanctity as being forever).

He argues that’s only in terms of the Divine Presence being there. In terms of it being chullin and permitted for mundane use, u-va’u vah paritzim ve-chilleluha might apply. But he is not sure.

Taking the other view, Sdei Chemed quoted Shemesh U-Magen, who stopped the custom of having non-Jews bring Jews water from the pit in the courtyard of where the Mikdash used to stand (its’ waters were particularly clean), seeing it as violating the obligation to keep ritually impure people out of the area (an obligation that only applies if we see that location as still constituting the machaneh, the camp from which the verse says to send out the ritually impure); especially if non-Jews are included in this obligation, it would be a violation of lifnei iver, luring them to do that which is prohibited to them.

Most significantly, Rambam famously ruled that the sanctity of the Temple itself never went away (even after the destruction of the first one), because the Divine Presence is never removed. That idea is the source for later rabbis’ certainty (R. Yosef portrays it as unanimous) that Jews today may not enter the site of the Temple. That, too, seems to ignore u-va’u vah paritzim.

Paying the Rent Money Up Front

Fortunately, R. Ovadya can sidestep those questions, since his concern isn’t the Temple Mount, it’s a former shul in Vienna. After quoting some sources to show that u-va’u vah is applied to shuls (small Temples, as it were) as well as the actual Temple, he moves on to another idea that would help allow renting out the former shul, destroyed by the Nazis, to be a parking lot. If the renters pay up front, some authorities consider that a temporary sale, and see whatever sanctity as being mechullal, redeemed by or transferred to, the money (if the money’s then used for sanctified communal purposes, all is well).

Others, including Levush and Aruch haShulchan, disagreed, held that even the town council (the seven tuvei ha-ir, the leaders of the community) in the presence of the whole community cannot (this is another set of halachic issues, what it is that communal leaders are empowered to do on their own, what more they are empowered to do in the presence of the community, their assent giving added imprimatur to their decisions, and what they still cannot do, even if the whole community wants it) rent out a shul in such a way as to have it constitute a temporary sale, that it can at most be a kinyan perot, a right to benefit from it. Leaving any existing sanctity in place.

Skipping a few more side issues (such as whether a shul given as a gift can be considered to have been mechullal, where the sanctity has nothing obvious onto which to be transferred), R. Yosef notes Shu”t Mishpetei Shemuel’s ruling that a government’s refusal to allow Jews to pray in a certain place makes it easier to allow selling it to use that money to buy or rent one elsewhere.

An interesting assumption in that responsum as well as one in Shu”t Beit Yehudah Ayyash is that if the government rules Jews cannot use a certain shul, for whatever reason, we are allowed to assume that ruling is permanent (even though R. Yosef himself has quoted, in this responsum, a case where one king made a rule and his son later changed it—that it will take a change of administrations means, apparently, that we need not see it as a relelvant current possibility).

Putting It All Together

In sum (and relying on a couple of ideas I haven’t mentioned yet, having skipped the original discussion that brought them up), R. Yosef says, he sees several avenues to allow renting out this space. First, most authorities see the sanctity of a shul as Rabbinic, allowing us to follow lenient views in any disputes about how to act.

Second, since there’s no way to rebuild it and it’s therefore no longer able to fulfill its original role, it is more like an item of mitzvah whose time has passed, like a Sukkah or lulav after the holiday. Halachically, those items no longer have their original sanctity.

Third, the Nazis’ destruction might have removed the building’s sanctity, as was discussed at length. Finally, the renters’ paying up front makes it more like a sale, according to many authorities, allowing the sanctity to transfer to the money paid.

All of which lead R. Yosef to permit renting the space and use the money for other sanctified communal needs. Because there is certainly sanctity to a shul and yet, equally certainly, it’s not absolute, as we’ve seen.