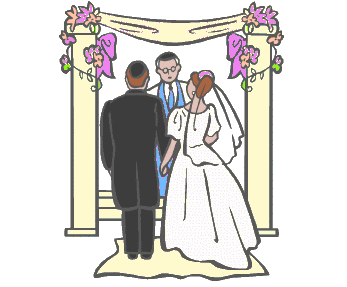 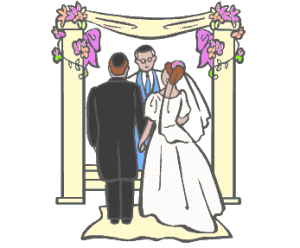 As the Rav, R. Yosef Dov Soloveitchik, z”l, pointed out in Halachic Man, halachah builds an a priori picture of life, which halachic people then work to apply and actualize to the world around us. Since that world isn’t always or perhaps often shaped by those who share that interest, there can sometimes be quite a startling clash when the two are brought into direct contact.

That’s what happened when R. Moshe Feinstein was asked about a man who wished to marry a convert, in Iggerot Moshe Even HaEzer 4;12, dated the fourteenth of Tevet (this Shabbat), 5733 (1972). Ordinarily, marrying a convert’s no issue, but this man’s family tradition was that he was a kohen, and kohanim cannot marry converts.

Years ago, someone commented to me on the inordinate percentage of kohanim who find themselves in love with women their status prohibits them from marrying; just the day before I wrote the first draft of this essay, someone told me of a well-known kohen becoming engaged to a woman who had previously been married (kohanim also cannot marry divorcees; there’s a bit of a cottage industry in annulling marriages that ended in divorce, to try to allow the woman to marry a kohen). It’s a common story, in other words.

Here, there were mitigating factors. The man’s parents were Reform Jews, and their claim to be kohanim stemmed from the paternal grandfather’s having acted as one in his small town, and his tombstone having engraved hands on it, a sign put only on the graves of kohanim.

I find it fascinating that the question mentions that the parents, whose sordid history we’ll see in a moment, opposed his marrying a convert. That might have been an excuse and cover for more general xenophobia (there’s a reason the Torah feels the need to stress repeatedly that we must love converts; sadly, many of us react with suspicion or worse to strangers), or it might be an example of how we tend to pick and choose what we find important in religion. For these parents, keeping to the rules of whom a kohen could marry was one of the important ones.

How Messed Up a Family Can Be

They may have now been pressuring him to keep to those rules, but their own adherence was suspect. For example, the putative bride had heard from her future mother-in-law about her wild past before marrying this young man’s father. Later, testifying before a beit din, she had spoken of having many non-Jewish boyfriends, with one of whom she had been intimate, including one act of sexual relations.

Part of the question is whether we can believe her, since halachic courts don’t generally accept self-incriminatory statements. In this case, she was mesiach lefi tumah, unaware of the ramifications of what she was saying, which sometimes adds believability. Further supporting her credibility, she told the court that in her social circles growing up, marrying a non-Jew carried no stigma, and she had a daughter who had been married twice to non-Jews.

The court hearing her say this had felt confident that she did not realize why this mattered. It mattered because if she had indeed had relations with a non-Jew, she herself had become an halachic zonah (a word we commonly translate as prostitute; it is that as well, but it includes women who have had certain kinds of prohibited sexual relations, with no connection to our colloquial sense of prostitution). A kohen may not marry a zonah just as much, or more, than he may not marry a convert; if he does, the children are challalim, meaning they cannot serve as kohanim and are not bound by the marital strictures that apply to kohanim.

Nor was the father much different (adding reason to believe her—it shows the kind of people they were); he had had affairs both before and during his marriage, had had a son with another woman while married to this one, and therefore had no negative reaction to anything his wife was saying.

Before we look at how R. Feinstein answered the question, let’s pause to consider the scene: R. Moshe Feinstein, who lived his American life on the Lower East Side, running a yeshiva and answering halachic questions, a life that would seem to have been almost or fully enveloped by Torah. Into this life intrudes a question about a man whose parents’ sexual ethic was so significantly counter to that of the Torah. It’s not extraordinary—it is what poskim have always done—but it’s not something we always remember, that poskim engage with a world in which people act in ways they themselves would never imagine, and deal with it in real terms, bringing their erudition to bear to find practical solutions to the messes people put themselves in.

His first source is Nedarim 90b, that while originally women were believed if they claimed they’d had an affair (which would render her prohibited to her husband), Chazal eventually required her to bring proof, for fear that this was a ploy to force the husband to release her from the marriage (in Chazal’s presumption, because she wanted to marry someone else).

To R. Feinstein, Chazal’s giving a reason for not believing her suggests that she would abase herself in this way only because of the very strong pull of a desire to marry another man.  Without such a pull, we apparently do not assume she would lie, and would therefore believe her. That’s especially true, for R. Feinstein, for Reform Jews, who do not worry about Torah observance in general, about restricting sexual activity to marriage, and don’t (in his time and, probably, in ours) differentiate between Jews and non-Jews.

The Value of Ignorance

But if this mother doesn’t see any problem with claiming to have had such relations, she won’t feel it’s embarrassing to make up a story like that (if, for example, she was dead set against his marriage to this convert and thought that making this stuff up about herself would help prevent the marriage, she might do so). Here, her ignorance of the halachic import of what she’s saying becomes important.

Since she would not understand the value in her lie, does not know that her story paints her as an halachic zonah, nor that that would allow her son to marry this convert, she gains nothing from lying. There’s no reason to worry, according to R. Feinstein, that she would portray herself so unflatteringly for nothing. (I could imagine she thought speaking this way about herself would scare off the unwanted daughter-in-law, for example; but R. Feinstein doesn’t see it that way).

Added to that, the Gemara says that such claims are more believable when they’re the kind of claim that could eventually be borne out or not. In our case, for example, we could theoretically track down the non-Jew with whom she said she’d had relations, and verify the story. The point isn’t that we will, it’s that her knowing we could adds to our halachicreadiness to believe her.

As the final point in the responsum, R. Feinstein mentions that he spoke with the son, the potential groom, who has until now acted as a kohen, getting the first aliyah for Torah reading and giving the priestly blessing. R. Feinstein asked him if there was room to worry that his mother was lying, and he said that while she’s completely nonobservant, he’s never known her to lie.

If so, R. Feinstein concludes, we can believe her story. That means she was, halachically, a zonah (such that, had her husband asked, he would have been told that, as a kohen, he was not allowed to marry her). That being so, any children the two of them had, including the man asking the question about being allowed to marry a convert, are challalim, children from a marriage that, by kehunah standards, should not have occurred.

The son can no longer act as a kohen, but he can marry his beloved. Which we hope more than made up for the sting of losing his status as a kohen in the course of investigating his past.