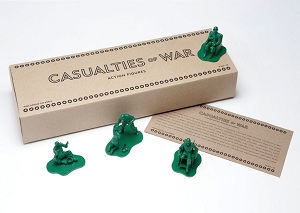 Casualties of War and Yibum 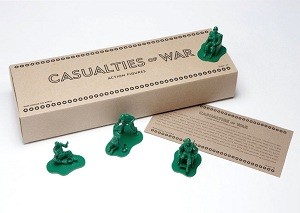 29 Kislev: Tzitz Eliezer on Casualties of War and Yibum

The year 5708 (1947-48) is best known as when the State of Israel declared independence, with all the wonders that ensued. The series of letters Tzitz Eliezer reproduces in 3;26 show how much the shadow of the Holocaust loomed over them prior to that. The first of the letters (the last was written on 29 Kislev) comes from R. Shlomo David Kahane, the rabbi of the Old City, formerly a rabbi in Warsaw.

There are many reasons he would identify himself that way, among them that memories of his old life were still fresh and painful. More directly relevant, he had dealt with agunah questions that came out of World War I– these were what was classically called an agunah, where a husband disappears and we do not know if he is still alive. For those questions, he had worked with the late R. Chaim Ozer Grodzensky and other giants, making him a sort of go-to rabbi for the similar questions WWII brought.

Recently, according to the letter, R. Waldenberg had written a short treatise on the topic that had impressed R. Kahane, who says he was dealing with over 1500 cases (with much help—he singles out the Ashkenazic Chief Rabbi, R. Herzog), many of which he solved by the halachic conclusion that if someone was sent to the gas chambers, we can assume he was killed.

He wants R. Waldenberg’s advice on where a man and his sons were caught in the Holocaust (presumably killed, but we don’t know who was killed first), and there’s a brother with whom the family lost contact long ago. We therefore do not know if the woman needs yibum (since the father might have been killed first), nor do we know if the brother is alive. R. Kahane wants to find a resolution to these women’s status, especially because he fears they might remarry without rabbinic permission if he delays too long.

Eleven days later, Tzitz Eliezer answers with all the appropriate protestations of a much younger rabbi being solicited for his opinion by an older, more experienced one. On the substance, he first expresses astonishment at R. Chaim Ozer’s suggestion that since marriage uproots the need for yibum, and we don’t know if there is a living brother, we can allow her to remarry and thus rid ourselves of the problem. That’s only true after the fact, Tzitz Eliezer says, not that we can tell her to take this step.

A more productive avenue for leniency, he argues, is to question whether we are halachically obligated to assume the brother is alive. Gittin 28a asserts a chezkat chayyim, an assumption that people we saw alive remain alive. That’s how a messenger can deliver a get for a husband some distance away; he has the right to assume he’s alive, even if that husband was old or ill (although not on his deathbed). This is an assumption Chatam Sofer, for one, took to mean we cannot assume the brother is no longer living.

Tzitz Eliezer suggests that that’s not as absolute as it sounds, that doubt about whether he’s still alive might be allowed to serve as a contributing doubt allowing this woman to remarry.

Tosafot in Baba Metzia helps, arguing that we assume the continued life of a man we last saw alive only for a get, because of the practical obstacles we’d face if we didn’t (such as allowing her to remarry on the basis of a get delivered by messenger). Where we have reason to prefer the assumption that the father has passed away, such as in protecting orphans’ assets, we do that.

If so, Tzitz Eliezer says, it would make sense that yibum, where assuming the brother’s alive creates problems, would be another example of allowing us to assume he’s passed on, at least as a doubt to join with others in order to free her.

Thus, Tosafot (and a Rashi in Gittin) see assumption of life as situational. In case some would argue that orphans are a sole exception, Tzitz Eliezer notes that Ketzot allows a borrower to refuse to repay a loan to the messenger of a lender for fear the lender has died in the interim, creating complications that might implicate the borrower for a second repayment.

Taz to Yoreh Deah 398;2 helps by categorizing this chazakah, this assumption, as weaker than others, since it is destined to end, in that all living beings eventually pass away (although in Taz’ case, the subject had definitely passed away and was grappling with how far back we can/must assume death occurred; Tzitz Eliezer thinks the principle is valid elsewhere as well). Tzitz Eliezer uses this to explain Maharil’s ruling (questioned by others) that we do not recite a prayer for healing for someone who is ill in a faraway place, for fear the person has passed away or been healed and the prayer is unneeded and useless. That only makes sense if Maharil agrees that the assumption that people stay alive is not as absolute as it sounds.

Bringing It Back to Yibum

Radvaz 4;91 and 93 said that if a person has been so forgotten that we no longer know anything of him, including his place of residence, we can use that as one doubt to contribute to freeing a widow who would need yibum were he alive. Since Mahari Mintz and Chatam Sofer invoked this as well, Tzitz Eliezer holds that this brother’ long absence allows us to doubt whether he’s alive (for yibum, anyway), as long as we do our best search. Back then, he thought that the reach of mail and telegraph added to our right to assume that a failed search implied death, which would seem to be all the more so today, in the era of the Internet and telephones..

Leaving that aside, any doubt about the son’s death also contribuetes to allowing the woman to dispense with yibum, since the son has just as much of a chezkat chayyim, assumption of life as the uncle; if the son only outlived the father, the mother doesn’t need yibum at all. Of course, the son was in the Holocaust, which gives more reason to assume he was killed, but at this point Tzitz Eliezer argues that that does not make a difference, much like being old or sick did not affect our right to assume the continued life of a husband who sent a get. That’s especially true since the woman’s having had a child set up a countervailing chazakah that she was ready for remarriage should her husband pass away. The disappearance of the son—with the possibility that he passed away, perhaps before the father—does not ruin her chazakah.

Besides, the son possibly still being alive, or having passed away after the father, creates a double doubt, which might itself be enough to free her to remarry (I am skipping a discussion of whether a double doubt has to be reversible and other such issues).

On the third day of Chanukkah, 27 Kislev, R. Kahane expresses his pleasure at the letter, notes that he is a refugee from the Old City, without any of his books to consult (note his sense that he will soon return—he doesn’t think of himself as having been expelled, only having had to flee temporarily; note also that the letter seems to have reached him despite his not being at his home address), he nonetheless will try to engage some of the issues.

He appreciates and says he will make good use of the sources about assuming that the brother’s alive, but is more hesitant to take advantage of the idea that the doubt over whether father or son passed away first works as a double doubt—it’s all the same, whether the son was alive when the father died. In addition, Tzitz Eliezer had said that if we’re required to assume the brother’s alive, we’d be equally required to assume the son was alive, whereas R. Kahane objects that we know that the son was, after all, in the death camps.

Two days later, Tzitz Eliezer replies. First, as to whether the death of the son counts as one doubt or two, while R. Kahane is right that we only care about one issue (whether the son was alive at the moment of the father’s passing), they are still nonetheless separate doubts, that the son might be alive and even if he’s not, his death might have been later (an important issue for all sfek sfeka, doubling a doubt for halachic purposes: Tzitz Eliezer is saying that as long as the two circumstances are reasonably dissimilar, even if their halachic import is the same, they count as separate issues. I believe that’s a fairly novel approach).

As for the son’s having been in a place of death, making it less reasonable to assume he’s alive than the brother, Tzitz Eliezer says that’s why he included the widow’s chezkat heter la-shuk, status of being allowed to remarry upon the end of this marriage, created when the son was originally born.

Finally, replying to R. Kahane’s wondering at his rejection of earlier authorities’ willingness to say that this counts as a time of great need, making it all like it was a bedieved, after the fact, such that she could marry and in that way uproot the need for yibum, Tzitz Eliezer says that all those authorities only meant if we’re doing it passively. If, for example, the brother had disappeared in a way that ordinarily does not allow us to assume he’s been killed but does allow it after the fact, we would treat it as if it already happened. But here, where she’d have to take the action of remarriage in order to remove the need for yibum, we cannot allow that.

He notes that Shabbat is approaching, and closes with the hope and prayer that the One Who Sits on High will declare an end to the troubles of the Jewish people, and we will quickly see the full redemption. A prayer that was more than minimally answered only a few months later, with the establishment of the State.

As you read this with Shabbat approaching, we can hope and pray that that prayer– which, sadly, remains still relevant in our times– will now be answered even more fully, that the One Who Sits on High will put a final end to the troubles of the Jewish people, bring us the full redemption, speedily in our times.