Can You Sue Your Rabbi? 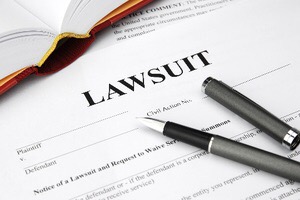 If a student believes that his rabbi has committed a financial wrong against him, can the student call him to a religious court? Perhaps the respect due to a Torah teacher prevents this legal action. Rav Avraham Shmuel Binyamin Sofer (Kesav Sofer, Yoreh De’ah 107-109) argues that a student is allowed to follow such a course of action. But he adds two surprising and important points that go beyond technical law.

The case involves a man who wished to sue his father-in-law, who was also his teacher, for money he believed was owed to him. Apparently, Rav Sofer’s correspondent found this lawsuit disrespectful and sought the famous rabbi’s prohibition. However, Rav Sofer did not comply with the request and instead attempted to deduce a lenient answer from a similar case.

II. Losing To Your Father

However, the Rambam later (ibid. 7) seems to contradict that ruling. He says that a son is obligated to honor his parents even if they throw his wallet into the sea. Apparently the son must pay for his parents’ honor. Rav Yosef Karo (Beis Yosef, Yoreh De’ah 240) differentiates between honoring and dishonoring a parent. A son need not pay to honor his parent; the parent must pay. However, the son may not actively show disrespect to his parent, even if it costs him money. If the only way to stop a father from throwing his son’s wallet away is by grabbing it from the father or even tackling him, the son must suffer the financial loss instead.

Rav Sofer adds, based on the language of the Rambam and the Tur, that a son must suffer a financial loss rather than insult his parents even if they have money of their own. Unlike honor, for which the son must pay only if the parents lack money, when it comes to dishonor the son must pay regardless of the parents’ financial situation.

This is according to the Rambam. However, Ri, quoted in Tosafos (Kiddushin 32a sv. Rav Yehuda) disagrees. Ri rules that a son need not lose money in order to honor his parents. Shulchan Arukh (Yoreh De’ah 240:8) rules like the Rambam while the Rema (ad loc.) rules like Ri.

According to Ri, a son may sue his father in religious court in order to avoid losing money. Indeed, the Rosh (quoted by the Tur, ad loc.) says this explicitly, and the Rema (ibid.) follows this Rosh. However, one could argue that according to the Rambam a son may never sue his father in a religious court because doing so is arguably insulting and dishonoring the father. Therefore, it would be a dispute between Rambam and Ri whether a son can sue his father, and presumably whether a student can sue his rabbi.

However, Rav Sofer points out that elsewhere (ibid., 5:15) the Rambam describes the common procedure when a son obligates his father to take an oath, what the son may and may not obligate the father to swear. The case is clearly in a religious court, which implies that a son may sue his father. Rav Sofer considers this conclusive proof that even the Rambam allows a son to sue his father. [1]He argues that this cannot be a case in which the father brought the lawsuit against the son. If it was, then the father chooses to take the oath and of course the son need not worry about obligating … Continue reading

As to the disgrace of going to court at one’s son’s hands, Rav Sofer suggests that either the Rambam does not consider this sufficient dishonor to be prohibited or assumes that from a son’s perspective, such a father must be a sinner, whom a son is not required to honor.

V. Beyond the Law

Rav Sofer adds two more points that makes this series of responsa particularly interesting. Rav Sofer’s correspondent was disappointed that he did not receive a prohibitive response. He clearly wanted to hear that this student/son-in-law was violating the law. Rav Sofer chided his correspondent for being blind to his own biases, to what must have been his personal friendship for the rabbi in question. Rav Sofer tells the story of Rav Yehoshua Falk, the 16th century author of the Sema, who went to court to argue his own case. The judges pointed out that he personally, in his own commentary, had discussed such a case and ruled against his own position. We can all be blinded by bias.

However, Rav Sofer also addresses the student who wanted to sue his rabbi/father-in-law. Clearly, the student felt angry and hurt by his teacher’s actions. Is preventing the financial loss really worth the personal loss he would suffer, not to mention the desecration of God’s name when a Torah student sues his father-in-law rabbi? What is technically allowed is not always appropriate. Tehillim says (Ps. 119:82): “The Torah of your mouth is better to me than thousands of gold and silver.” Therefore, he should–not must but should–allow his anger to subside and try to find a compromise.

Rav Sofer suggested that an independent Torah scholar hear both sides of the case to determine whether a lawsuit is appropriate. If it is, the student should go forward (but this scholar may not serve on the court after hearing the case in advance). In this way, a student who suffered serious damage will still have recourse but one who is at fault or who fell victim to a misunderstanding will not create the spectacle of suing his rabbi father-in-law.